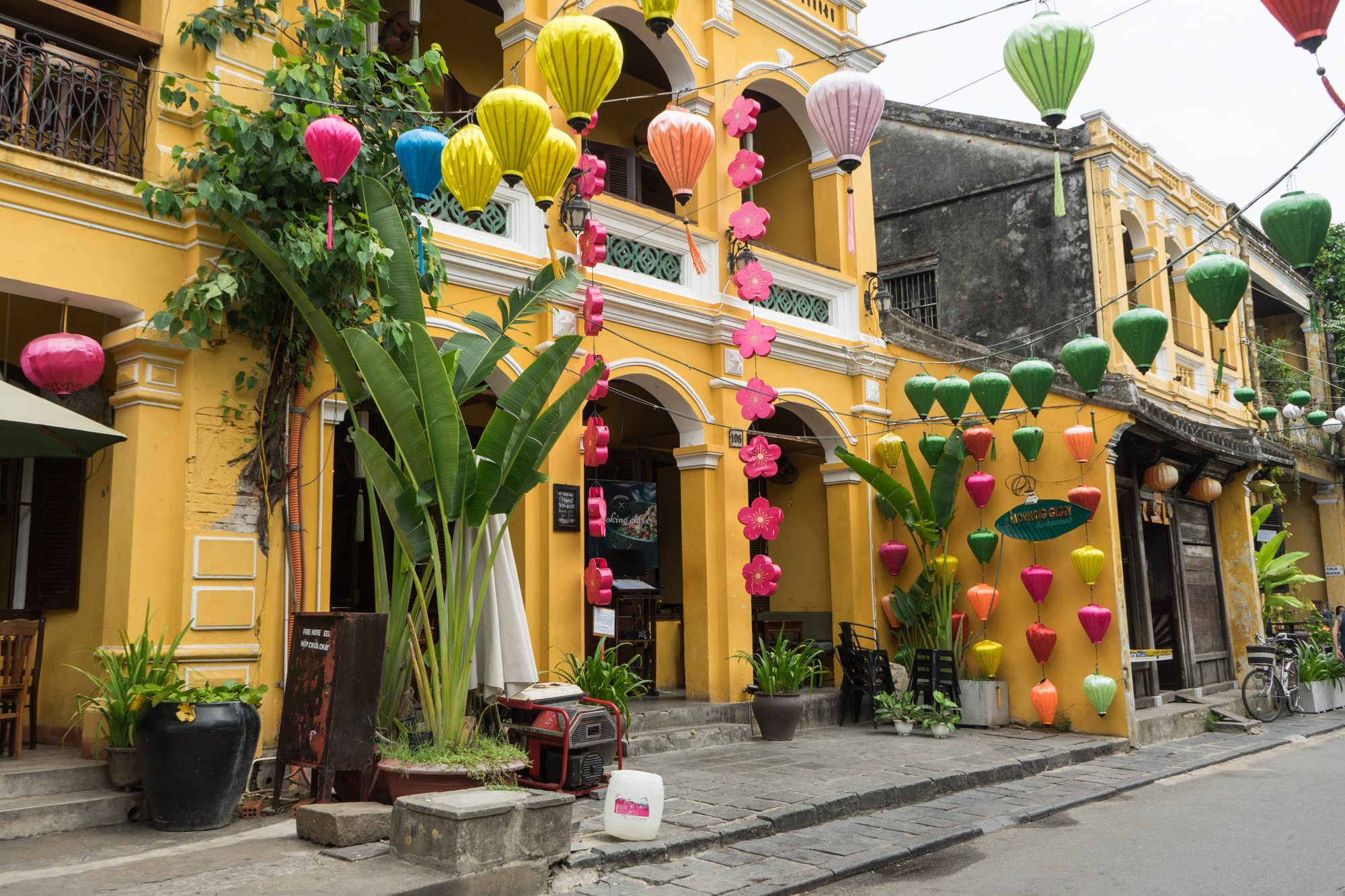 After spending a month in Vietnam, it’s quickly become one of my favorite countries in the world. There’s a certain uniqueness in the culture that makes it stand out from the rest of its Asian neighbors as well as other destinations around the globe. Vietnam surprised me in a lot of ways. These are just a few points that come to mind:

A Portrait of Vietnam

1. There are water buffalo everywhere.

Our first sighting was on the way to downtown Hanoi from the airport (they were just hanging out in the middle of the highway), and we continued to spot them in every town we visited over the month. On the streets, on mountain slopes, in people’s homes–they’re about as ubiquitous in Vietnam as a bowl of pho. You can even ride one into a lake in Phong Nha if that’s your thing.

This is probably super irrelevant to 99% of people, but damn is it hard to find a chocolate chip cookie around here. I have a not-so-subtle addiction to these things and was going crazy trying to find one. I came across a few bakeries and coffee shops selling various , cakes, candies, and other sweets over the course of nearly four weeks, but my searching proved fruitless.

3. Vietnamese cities are built around the land’s naturally occurring flora

Unlike America, where our native greenery has mostly been destroyed, paved over, and replanted to fit a specific urban design, the Vietnamese work with what nature gave them. We’d often be strolling down a sidewalk in Hanoi and suddenly come upon a massively imposing trunk, roots gnarled and tangled throughout the concrete. This will likely change as these cities become more and more developed, but one architecture firm is trying to keep the tradition going.

4. The variety of dog breeds are quite limited.

There are tons of animals wandering around all the time (see #1), but we came to recognize a specific dog that seemed to be everywhere. It looks like a mix between the Phu Quoc Ridgeback and Indochina Dingo. We fell in love with one particular pup in Sapa.

5. The internet is blocked.

China seems to get all the attention when it comes to digital censorship (and for good reason, their blocks are much more widespread and serious than in Vietnam), but its communist buddy has its own “Bamboo Firewall” that slowed down my net addiction on more than one occasion. Parts of WordPress never loaded unless I used a VPN, and Instagram was often working at half-speed. The government even blocked Facebook entirely for a brief time a few years ago.

6. Grocery stores are a foreign concept.

You can find one occasionally in bigger cities, but considering I have access to over a dozen different chains within a 10-minute drive back home, they’re pretty much nonexistent. The Vietnamese prefer to do their shopping in local markets. When we asked our food-tour guide about this, she thought the idea of getting food in a store was hilarious.

7. They love Pringles and Oreos.

There’s a really strange obsession with these snacks. You can find them absolutely anywhere, from a 7-Eleven in Saigon to a roadside stand in the countryside. Even if a shop only sells four or five products, you can bet you’ll find these brands among them.

8. Businesses copy each other.

8. When a business gets popular, copycats suddenly pop up everywhere, like mushrooms after rain. And I’m not talking about an Uber-Lyft situation; I mean that they literally build the same exact business with the same exact name. This is actually important for tourists to understand before coming because some of these “fake” companies will scam you out of your dong if you’re not careful about cross-checking addresses and logos. Sinh Cafe (a tour agency) and Mailinh (a taxi group) are common victims of this.

Especially around the southern half of the country and in urban centers. might be eating dinner at a nice restaurant one night and see a small family scamper across the wall behind the chili paste. I once counted over a dozen in the same line of sight.

10. The locals don’t care about mosquitos.

There are definitely mosquitos in Vietnam (it’s SE Asia after all), but the locals don’t seem to be particularly concerned. We asked a few different people at the beginning of our trip for their recommendations of brands, and they all told us they couldn’t be of help because they “just don’t use repellent”. And they never get bit (!).

Have you ever visited Vietnam? What surprised you? What local quirks did you find interesting? Comment below!