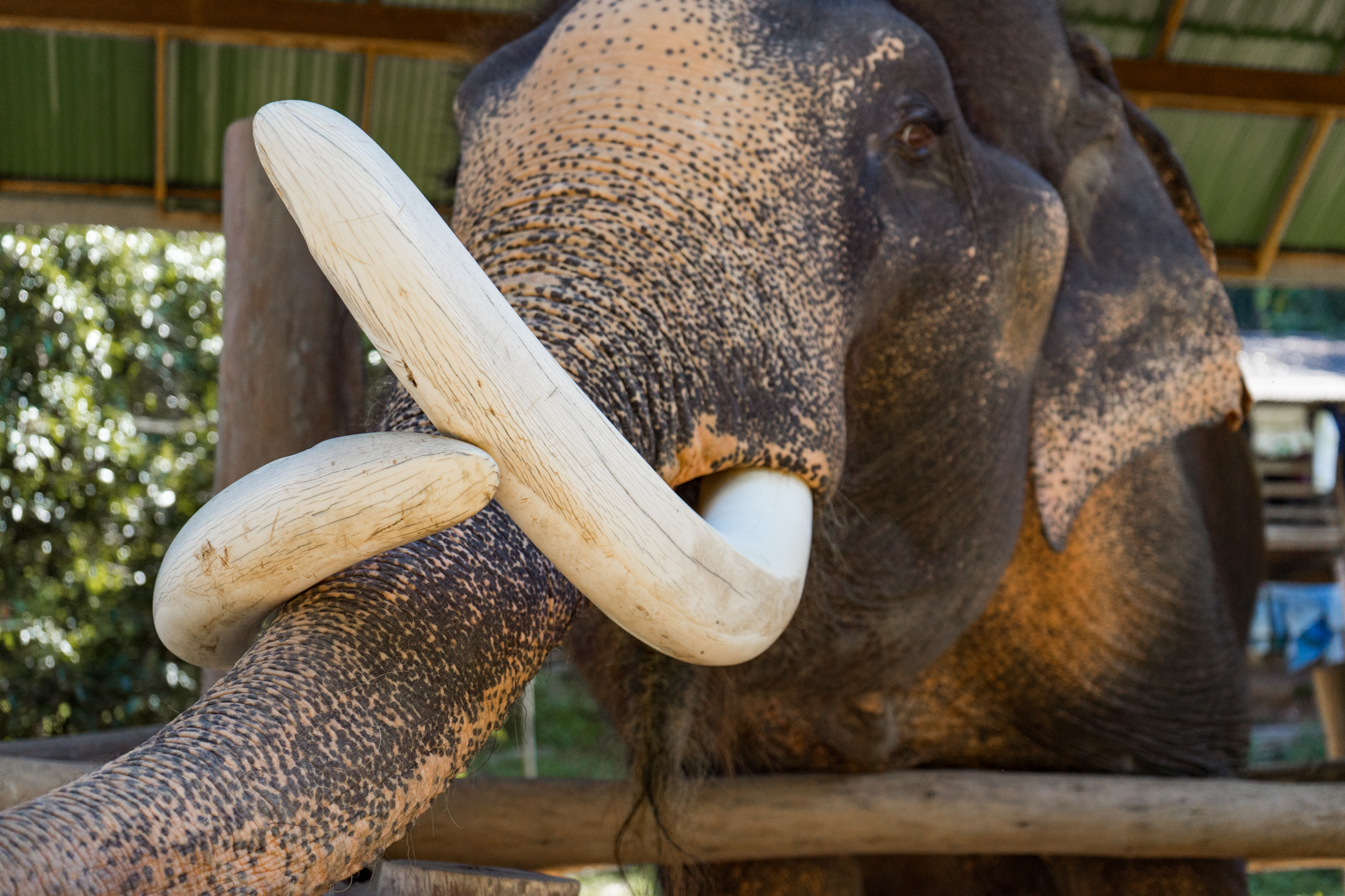 I recently spent two weeks traveling around Thailand, talking with the locals and learning bits here and there about the local culture. Here are the top 10 interesting things I discovered.

A Portrait of Thailand

1. Hapas are all-the-rage in print media.

Of course, the “whitening” of Asian culture has become an increasing problem through the entire continent, but nowhere did I find this more apparent than in Thailand. Within our first few steps into the airport, I was presented with multiple ads displaying light-skinned models that looked like they were of mixed heritage. This phenomenon persisted through every Thai city we visited during our two weeks in the country. I wasn’t sure if this was all in my head (Joel even mentioned that “they all look Thai” to him) until I came across this cosmetics campaign that caused quite a stir last year. It seems like the beautification of “white” features is becoming more and more of an issue.

2. The Internet is tightly controlled.

mentioned back in my Vietnam Secret’s Abroad post that the communist government liked to limit what its citizens could and couldn’t see, a la China, but it seems like Thai leaders also prefer to keep tabs on the types of sites its people are surfing. Even mass chains like McDonald’s only offer 1 hour of wifi per purchase, and you need a trackable login to access it.

3. They love sugar, even in savory dishes.

I always knew that Thais like their food sweet, but it wasn’t until coming here that I discovered just how far they like to take it. Almost every restaurant and street food stall was decorated with the same set of four condiments: fish sauce, red pepper, pickled chilies, and…table sugar. Although many cultures strive to balance the various basic flavors (sweet, salty, sour, bitter, spicy), Thai cooking seems to be one of the best and most obvious at doing so.

When we landed in Bangkok for the first time, we had the unique experience of arriving during the late king, Bhumibol Adulyadej’s, funeral. While we wandered around the capital watching the long lines of black-clad locals wait to enter various temples and monuments, we were handed a small plastic bag by a volunteer. Inside was a lone cotton ball. We asked our hostel staff what the purpose of it was, and she told us it was meant for inhaling (?!). A worrying image of getting robbed via chloroform intoxication flashed through my mind, but we decided to give it a whiff anyway.

It turned out to be our first introduction to Thai ya or herbal inhalers. They absolutely love this stuff. Containing chemicals like menthol and eucalyptus, it’s usually bought in the form of a small plastic tube (Poy Sian is probably the most common), and is relatively harmless. They’re used for everything from curing headaches to lifting fatigue to subduing bug bites. You’ll notice everyone—from taxi drivers to grocery shoppers—use this stuff constantly throughout the day.

China is strong with this one (#yoda). Seriously, the influence of the Chinese immigrant and tourist influx is undeniable in Thailand. It’s less noticeable in Bangkok, which is a larger and more international city, but as soon as we moved to Chiang Mai, it was like we were in Shanghai. Half the people surrounding us at any given moment were Chinese, and street vendors always spoke to us in Mandarin first (and sometimes, they even kept speaking to us in Mandarin even if we spoke back in English). It seems that China really loves Thailand.

6. There’s no alcohol sold between the hours of 2pm and 5pm.

With the exception of restaurants and private businesses, most places are legally prohibited from selling it, which is apparently a government effort to curb the drinking habits of underage minors. Their logic is that most kids get out of school past 2pm, and they’re back at home for dinner with the family by 5pm. Seems a little silly to me personally, considering there are probably way more adults trying to buy a beer in the afternoon than your average 14-year-old, but hey, not my country.

Berries aren’t super common in Asia (at least the variety I’m used to home), but Thais seem to love these little mini strawberries and blackberries. They’re occasionally sold at roadside stalls and are a little more “crunchy” than the average US counterpart.

8. You can’t eat durian in public.

we’re on the subject on fruit: durian is banned in public spaces! In hostels, on buses, and even through airport security, you’ll see signs illustrating the infamously pungent/fragrant (depending on your opinion) fruit all over the country. I don’t mind the smell as much as most, but after spending an evening on an overnight bus with a German couple who brought a bag of it onboard, I can certainly sympathize with the policy.

I found this really odd, considering point #5, and the fact that their close neighbor, Vietnam, is very cozy with the utensil. After a bit of research, it seems that Thais were goaded into using western utensils (although they subbed the knife for a spoon) several decades ago and never quite shook the habit.

10. Some beers are luckier than others.

A girl on our Krabi island tour told us a rumor that Chang beers are apparently less regulated than other beer companies and therefore prone to having varying levels of alcohol between cans (what?). This ranges anywhere from a measly 2-3% all the way up to the double digits. The latter is considered to be a “Lucky Chang”.

Have you ever visited Thailand? What are some interesting things you learned while you were there? Comment below!