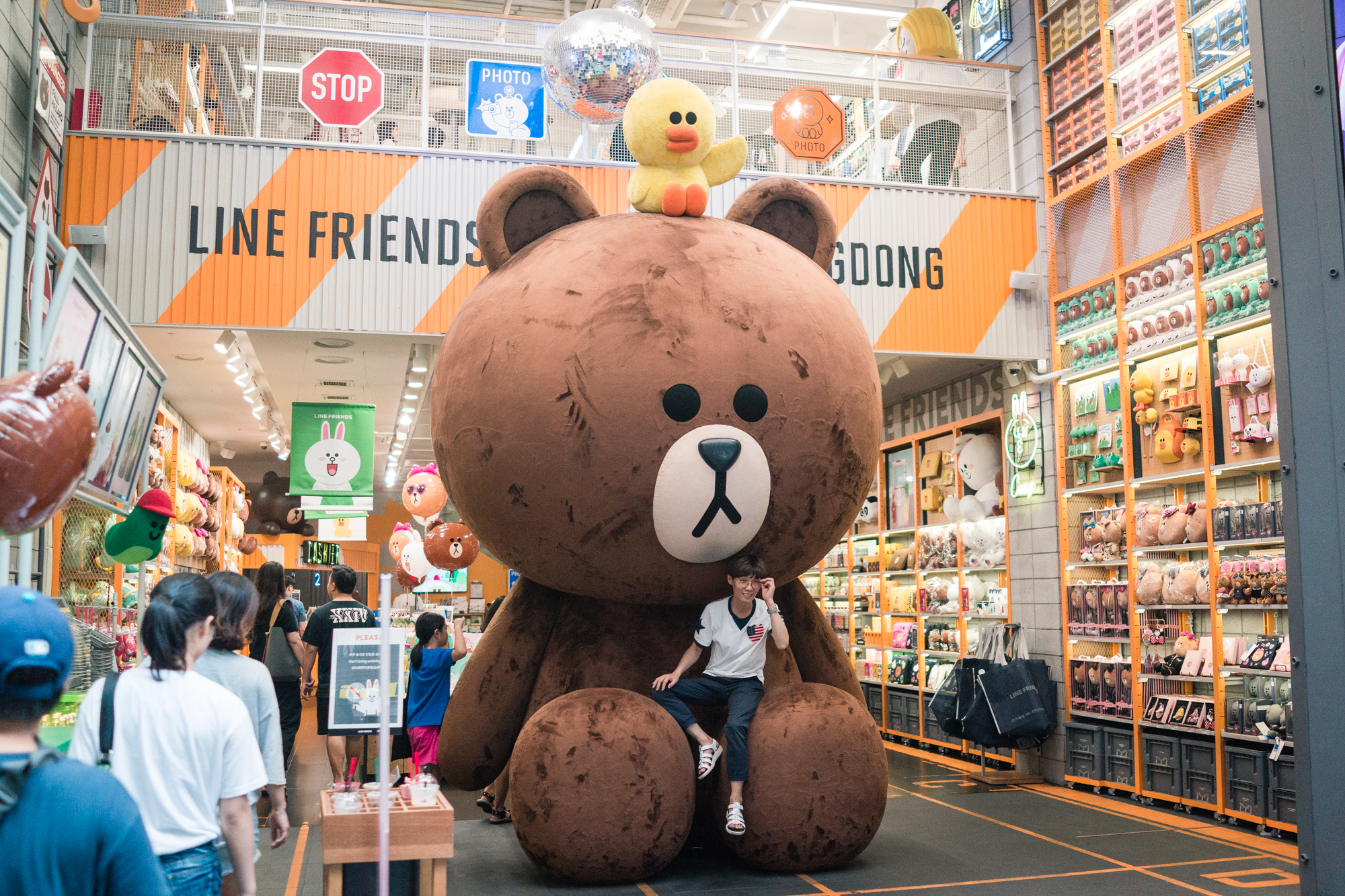 1. Scooter and motorcycle riders don’t seem to live by the same rules as everyone else on the road. They drive all over the sidewalk in between pedestrians (this was more common in Busan than Seoul) and they buzz straight through red lights. It seems our chances of getting run over in South Korea are going to be the same as they were in Japan.

2. Convenience stores like to package their cold drinks in bags (?!). You pick your packet, purchase an empty cup of ice, and pour it in once you’ve purchased both. They also all come in adorable designs (my favorite are the Pokémon themed flavors). 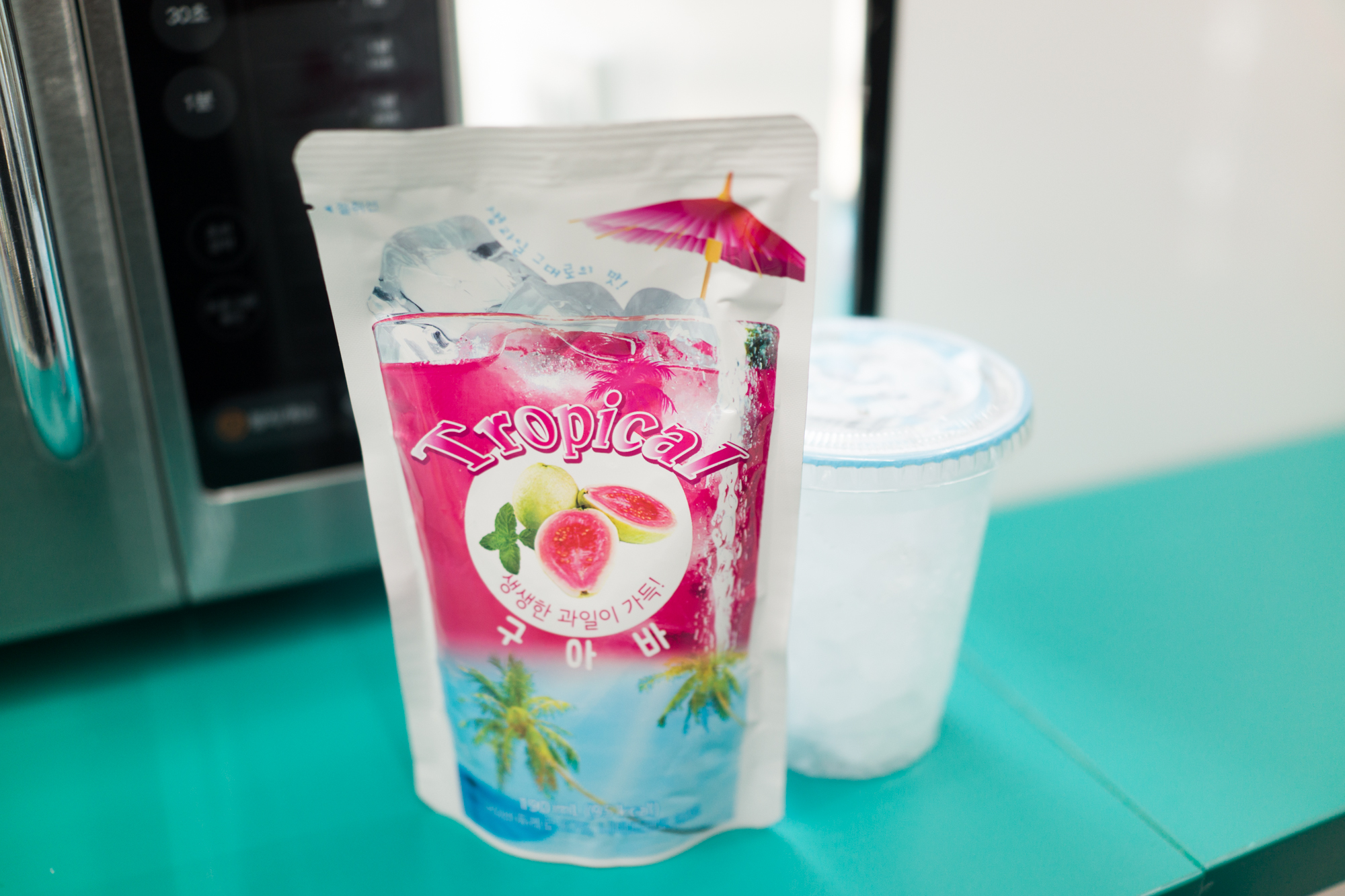 3. Fun fact: South Korea keeps its map data private from other countries. Even the mighty Google is in the dark on this, which means that Google Maps doesn’t really work here. You can access general schedules for buses and trains, but there aren’t any live updates, or even walking directions. Koreans use an alternative called Naver, which I find very confusing and difficult to use. Cheers to lots of wandering around Seoul.

4. There are so. Many. Couples. I swear, it’s more common to see a girl and guy together than it is to see a group of friends hanging out, especially those around college age. I’ve also noticed that the notion of “togetherness” seems to be more celebrated and publicized here than it is back home. There’s almost zero PDA in the traditional, face-sucking sense of the term, but it’s not unusual to see couples wearing matching outfits and strolling down the street with the guy’s arm around his girlfriend’s waist. It seems a little more, I don’t know…territorial?

5. Grand news! Tevas are in. I no longer look like a dork sporting my own pair around town.

6. If Brandy Melville were a country, it would be South Korea. Many retailers (especially the smaller ones that source from generic wholesalers) only sell one-size-fits-all, and even the more generously stocked stores won’t go beyond a simple S-M-L selection (with only smalls and a few mediums actually being sold). 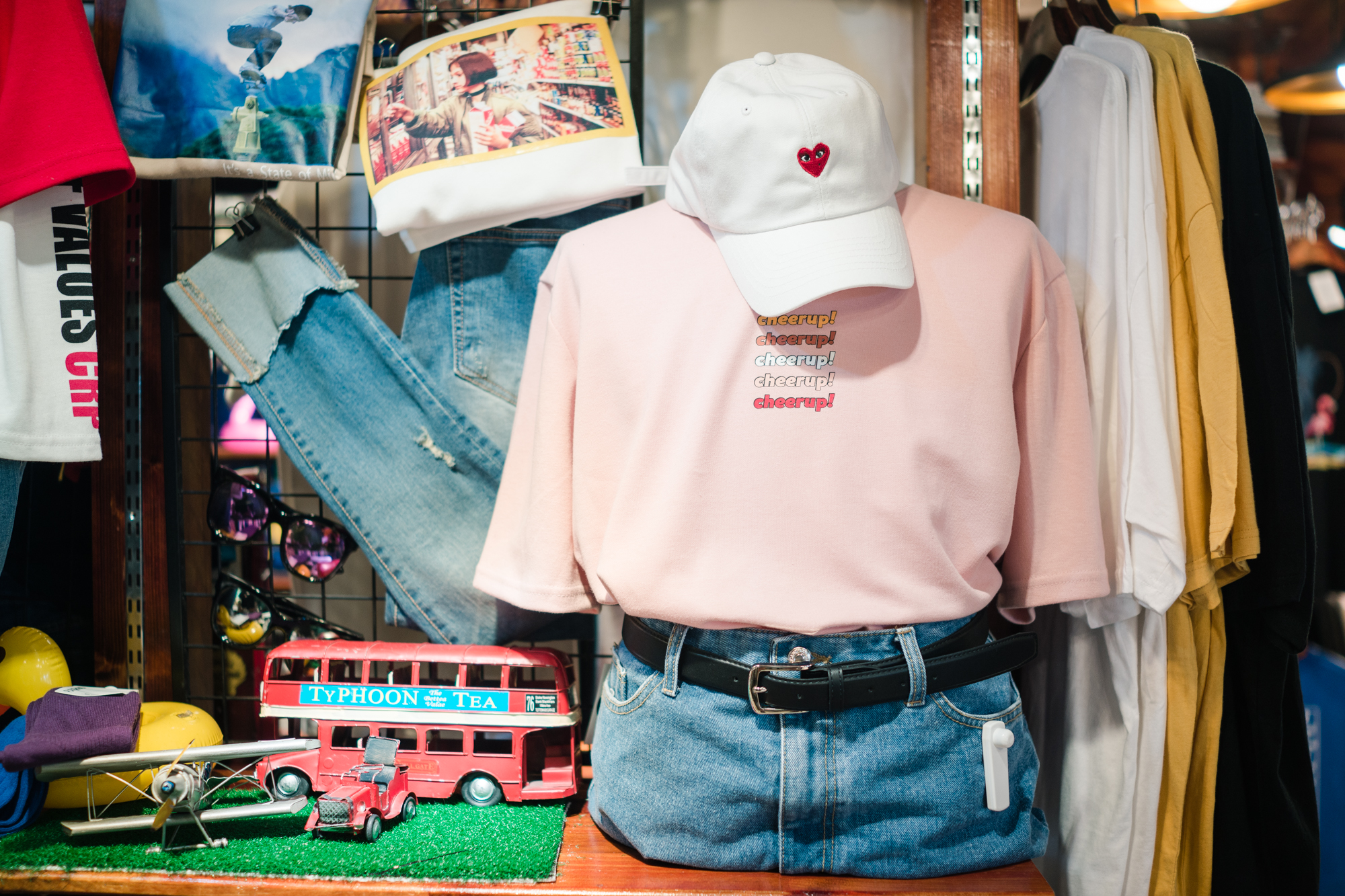 7. Lotte has taken over everything. They own hotel chains, department stores, insurance companies, chemical plants, and even baseball teams. South Korea’s own version of Disneyland is even called “Lotte World”. It’s hard to believe that it all started as a humble chewing gum manufacturer.

8. For some reason, giant teddys are really popular, at least in Seoul. I’ve seen a couple lying around coffee shops, and there are two chilling on the couch in our hostel lounge right now.

9. Bangs are still hip all over Asia, but South Korea is the only place where I’ve seen girls casually walking around with hair curlers still clipped in, bobbing up and down against their foreheads as they ride the subway to class. They also carry around little compacts with them and touch up continuously throughout the day. It seems like the girls here don’t want to settle for looking anything less than perfect.

10. Tattooing is basically illegal. You have to have a license to practice medicine in order to be a tattoo artist, and let’s face it, no one’s going to get a medical degree just so they can draw “I <3 Mom” on guys’ shoulders for a living. If you want one yourself, you have to scour through Instagram or ask a friend for a recommendation.