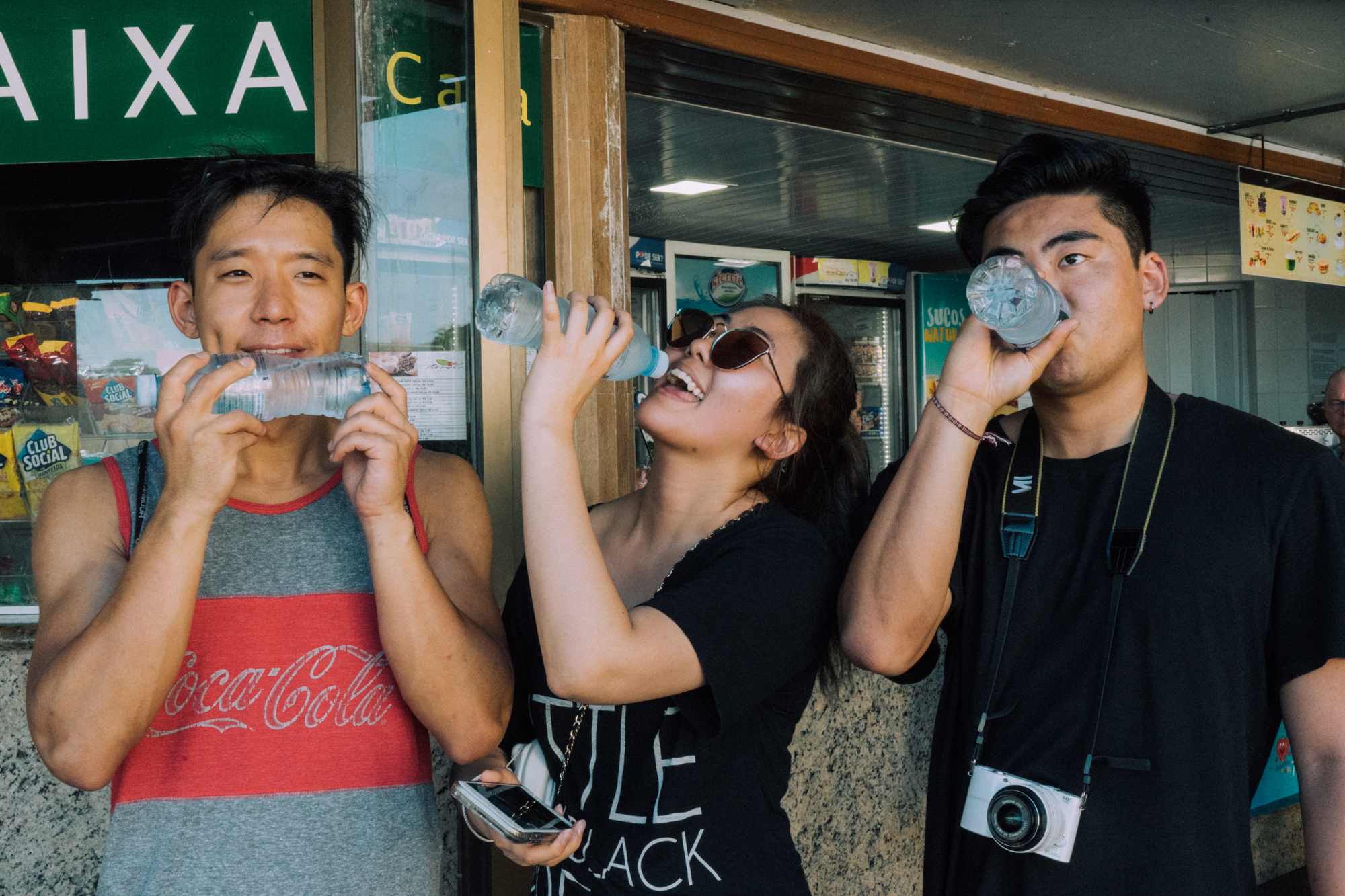 Back in April, Joel and I spent two weeks at his aunt’s apartment in São Paulo, Brazil.
São Paulo is a diverse city. It’s considered the most multicultural municipality within the borders of a very multicultural country. One-third of the population is mixed, it holds the largest Japanese diaspora in the world, and there are more Italian decedents living here than in any city in Italy.
This was the place where I discovered Bom Retiro, the city’s designated Korean neighborhood.
I had two weeks of picanha dipped in spicy gochujang, Brazilian steakhouses that served kimchee and rice, and feeling slightly (okay, very) lost in an onslaught of Korean, Portuguese, and their Frankenstein creation, Korteguese.
It was exactly what travel should be—a tangle of foreign culture that leaves you feeling just a little more connected to the world than when you first arrived.

We were welcomed to the city on our first evening by Joel’s cousin, who promptly took us to a KBBQ joint—a flavor I’d sorely missed during our last few months in Europe

The next morning, we took a tour of Liberdade, also known as the local Japantown. The district is home to more than 50,000 Japanese immigrants and an increasing population of Chinese. After over 100 years of Japanese influence, the area is beginning to see shifts in the culture, as Chinese restaurants continue to sprout up on every block.

On the weekends, the streets of Liberdade close down to traffic and a market is erected in place, swarmed by countless pedestrians. We sampled a combination of both Asian and South American flavors: grilled chicken hearts, steaming takoyaki, boba milk tea, and , a Brazilian drink made of fruit juice and soy milk.

Half of Joel’s family lives in Brazil, and much of our time in the city was spent catching up with aunts and uncles and cousins who he hadn’t seen in over a decade. We stopped by his aunt’s Korean grocery market in Bom Retiro for a quick hello and some quality time with the shop’s cat.

The first week passes in a blur. There’s a lot of food, both Korean and Brazillian, and plenty of time with family.

On two separate occasions, Joel’s aunt brought us to a local market where they sell what David (his cousin) considers “the best pastel in the city”.

Pastel is a local snack not unlike a Hot Pocket, only deep fried. You pull up a seat at the stall, give your order, and watch the long pockets of dough slowly bubble and expand in a nervous vat of hot oil.

Brazil is famous for two things, mostly: Rio de Janeiro and Iguazu Falls. Having already spent last week exploring the prior, we took two days out of our São Paulo trip to see the falls in person.

The first day was perfect: stunning rainbows, manageable crowds, getting sprayed and misted by the tumbling water. The landscape was just as grand as in photos

The following morning, I woke up for breakfast at our hotel, and couldn’t touch a thing. I had a terrible bout of fatigue and all of my favorite foods suddenly seemed unappealing. Joel, Debora, and David all left to the Argentina side of Iguazu, while I laid in bed watching Ghibli movies and suffering from what turned out to be an awful case of food poisoning.

We ended our time with a dinner show at a Brazillian BBQ restaurant, of which I subsisted on white rice and chicken soup. At least the dancers were good.

During the end of our final week, we drove out to Santos beach, located about an hour outside of São Paulo

While dining on seafood dishes and overlooking the coastline, I was feeling very grateful for all of the generosity I’d received over the last few weeks. It’s not always easy to get close to the local culture when you travel, but Joel’s family made it so simple and enjoyable

Now I’m just waiting for them to visit us in the States, so we can return the favor.