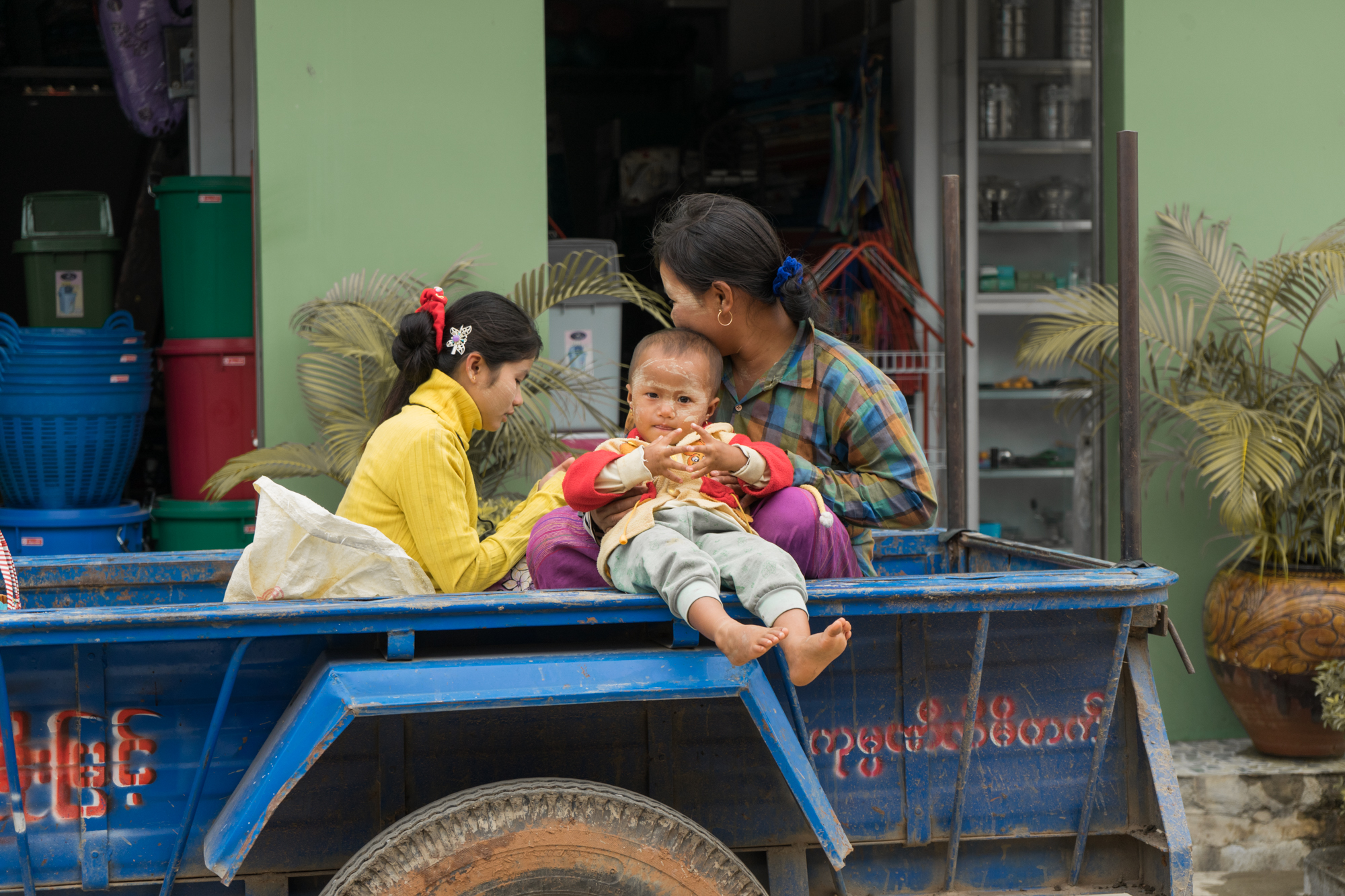 Myanmar is known for having some of Asia’s kindest, most welcoming people. As a country that only recently ventured opened its doors to international attention, its people are infinitely curious about the growing number of visitors it increasingly receives every year. You never have to look far for a smile or a genuine interaction. Here are seven times where the hospitality of the locals stood out most during our trip:

1. Upon landing at Yangon International Airport, we were promptly assigned to a taxi driver who could bring us to our hostel. He chatted with us the entire way, sharing his favorite local dishes and talking about how he was learning Korean so that he could one day travel to Seoul. Having just come from Thailand, it was a welcome change to have a local who was curious and friendly, rather than reserved and indifferent.

2. During our first day out in Yangon, we made a beeline for Shwedagon Pagoda, the main sight-to-see in Myanmar’s busiest city. After paying the entrance fee and removing our shoes, we were approached by a man dressed in traditional longyi. He asked us where we were from and struck up a short conversation. His true intentions were soon revealed; he was a tour guide, he admitted, and wanted to offer his services to us if we’d like to know a bit more about the history of the pagoda.

We gently turned him down and he gave us a kind wave and let us pass without any additional badgering. The situation repeated itself once or twice more once we entered the main courtyard, and each interaction was as smooth as the last. It sounds like a strange thing, to be won over by a lack of salesmanship, but this was one of the few instances in SE Asia where we were approached by someone offering tourism services without being pressured beyond an initial rejection. It speaks a lot to the way that Myanmar people interact with foreigners in general—instead of treating you like a commodity, they simply let you know about what they have to offer and leave it up to you to decide on what you want or need. It was refreshing.

3. After we had thoroughly explored Shwedagon, we moved onto Kandawgyi Lake. We were walking through the park, taking in the scenery and marveling at the relentless heat and humidity (despite it being November), when an older man stopped us in our tracks. “Japanese!” He proclaimed, pointing a grinning, more a statement than a question (this seemed to be a favorite icebreaker among the locals during our stay). We corrected him politely, stating that we were in fact, American. He launched into a long-winded conversation about America, his brother that lived there, and jobs at LonelyPlanet. We could only understand about half of what he was saying due to his accent, so our return exchange mostly involved a lot of smiling and nodding. Still, it was the kind of the thing that you would never find in other Asian countries. You’re not invisible just because you’re a tourist.

4. On our third day in Yangon, we hit up a popular restaurant called “Feel” to try out some traditional Burmese dishes. After the meal, we investigated the dessert stands located just outside the entrance. A few Myanmar women were manning a booth lined with various local treats. One, in particular, caught my eye: a golden bread pudding type of dessert (I still have yet to figure out the name of it). The ladies were selling small boxes of it and pricing by weight. I asked for the price of a smaller piece than what was being sold. One girl wrapped up the chunk, giggled, and presented it to me for free while exclaiming, “present!”.

5. After a long day of temple hopping in Bagan, our horse-cart guide recommended a roadside stall for some traditional Myanmar curry. We sat down on the tiny plastic stools and ordered a Diet Coke alongside our meal. The owner didn’t have any on hand, but gave us a warm smile and told us to “wait one minute” while a young boy served us a selection of side dishes. The man hopped on his scooter, drove off, and about ten minutes later, returned with our beverage in hand.

6. Myanmar is anything but a “touristy” destination. Still, I had been warned repeatedly about visiting Inle Lake, which was quickly becoming a tourist theme park. So imagine my surprise when we roll up to the jetty during the beginning of our boat tour and—instead of heaps of tourists crowding the area—it’s mostly locals crammed into elongated boats, zipping around the water as they go about their days. Whenever we passed a boat with a family, the mother would take her toddler’s hand and wave a tiny hello. Whatever tourism has taken over Inle, it certainly hasn’t curtailed the friendliness of the local people.

7. We arrived back in Yangon the day before we were scheduled to fly to Turkey. After downing a bowl of tofu noodles from the nearby night market, we happened upon a large group of locals crowded around a single television screen that was set up in a dark alleyway. They were all crouched low over tiny chairs, intensely focused on the soccer game unfolding in front of them.

It was a really beautiful moment to witness, and one that perfectly summarized our experiences of the Myanmar people during the last week of exploring. Yangon is not a party city by any definition—drinking establishments are rare here, let alone sports pubs, and many people don’t have access to international sports channels. But in classic Myanmar spirit, the locals proved that, for them, community is a more valuable commodity than any cable subscription or modern amenity ever could be.