Just an hour train ride from Tokyo lies a not-so-secret escape: Mount Takao, the most visited mountain on Earth, and a welcome hiatus from the hectic pace of city life.

The mountain sits exactly 599 meters above sea level, or nearly 2,000 ft. The summit is accessible from six different trails of varying difficulties, and all start from Takaosanguchi Station.

Trail 1, the most popular and paved route, is more of a walking path than a hike. It leads travelers through several landmarks, eateries, and souvenir shops. There’s also a cable car available to anyone looking for a shortcut to the top. Trail 6 is the most difficult. It’s steep, narrow, and rocky, with pockets of mud and snaking ravines, but overall a “normal” day hike by California standards. It extends over a 3.3 km distance and takes approximately 90 minutes to complete at a breathy pace. This is the trail that Joel and I decided to take up to the top. 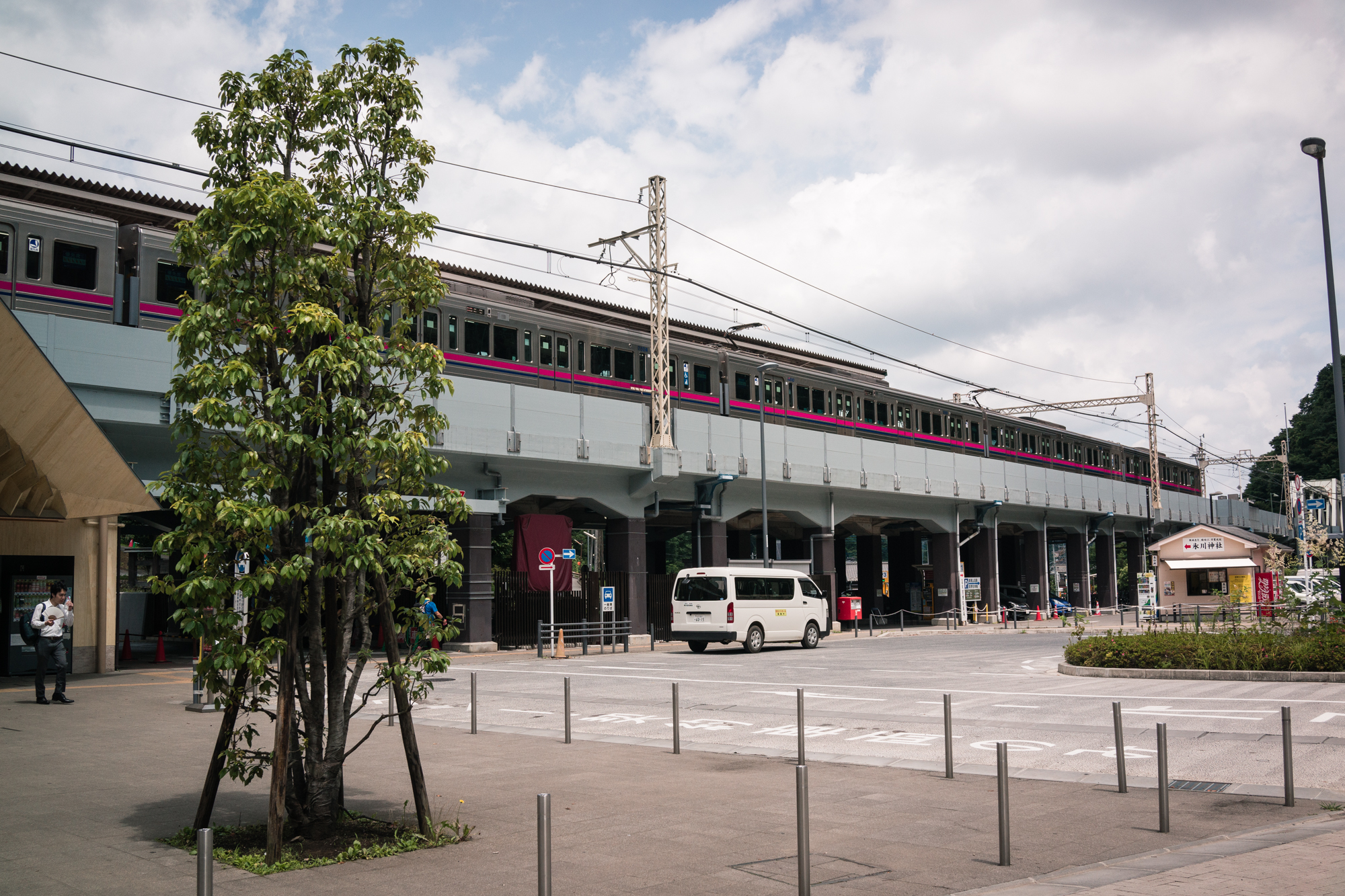 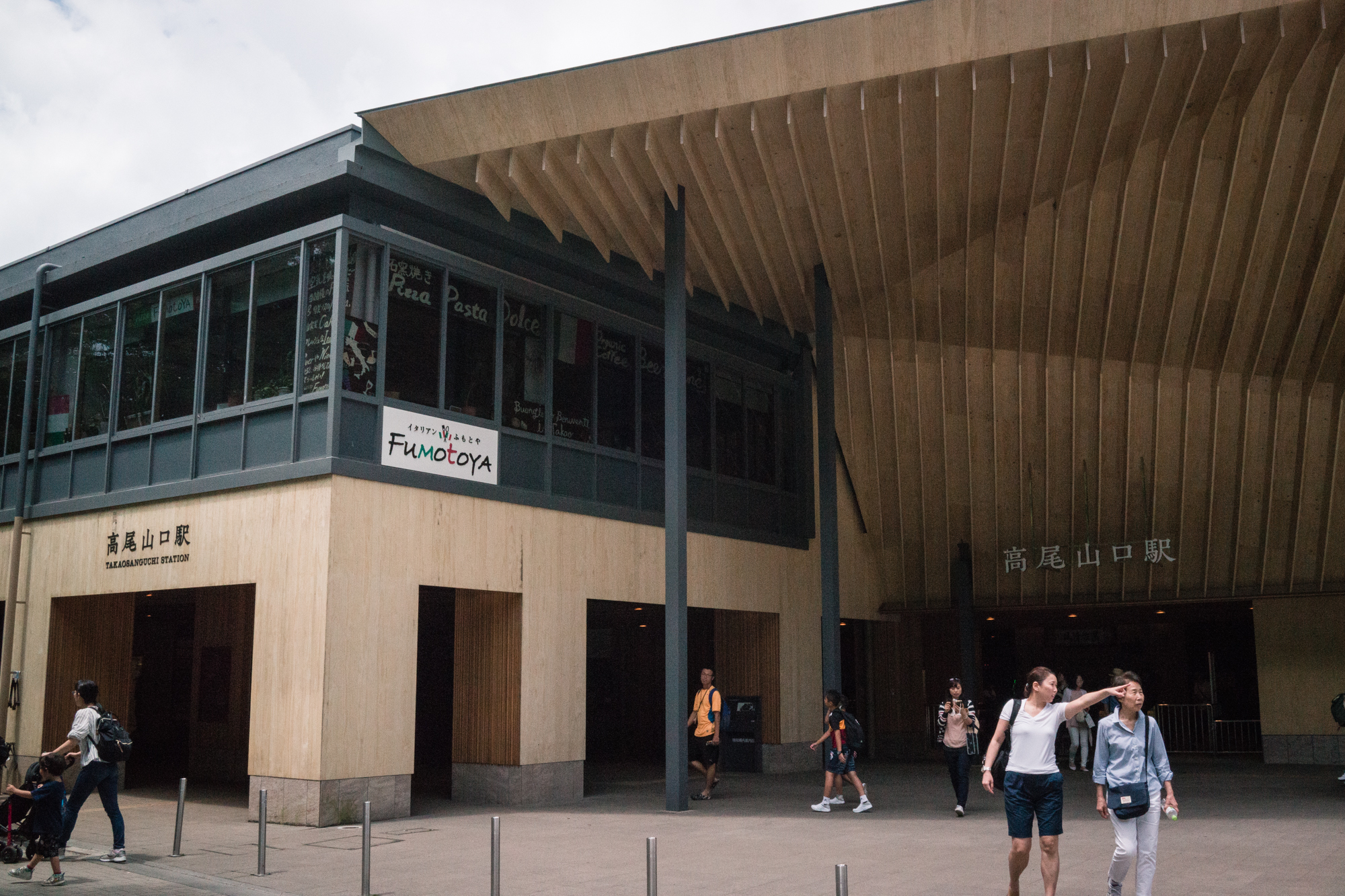 We arrived at Takaosanguchi Station on a Thursday morning around 11 am. Takao can get crowded on weekends, and we strategically chose a weekday to keep our peaceful getaway actually peaceful. The weather was cooler and less humid than back in Tokyo. I wasn’t quite sure if this was due to the mountain’s natural landscape or sheer luck of the day. 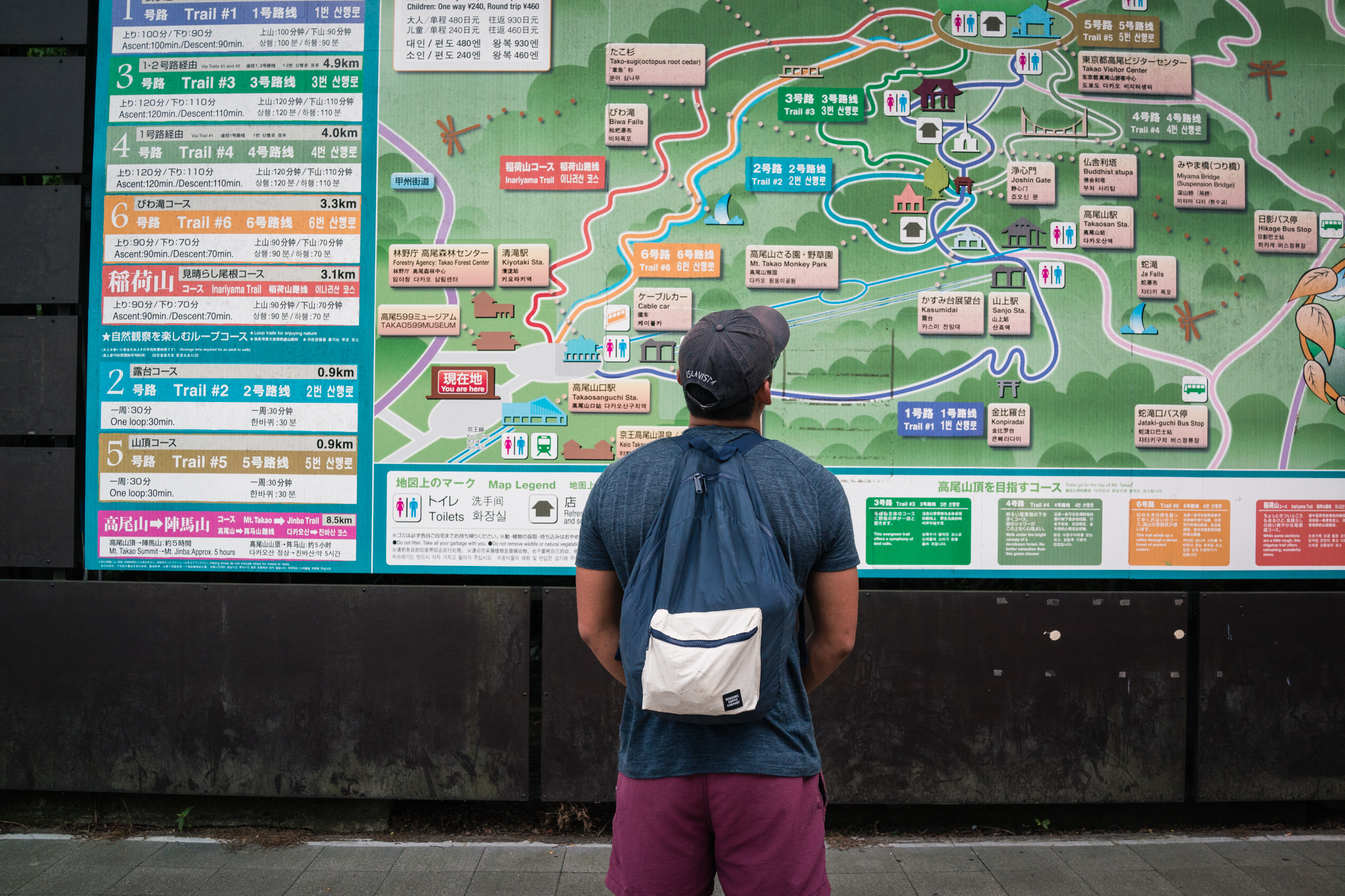 After grabbing an English map from the tourist center and an iced coffee from the vending machine, we followed signs to the trail head. I was a little worried at first that the “most difficult” trail would prove to be more of an adventure than we planned for, but my doubts were quickly put to rest as we spotted a handful of elderly Japanese ladies climbing past us. 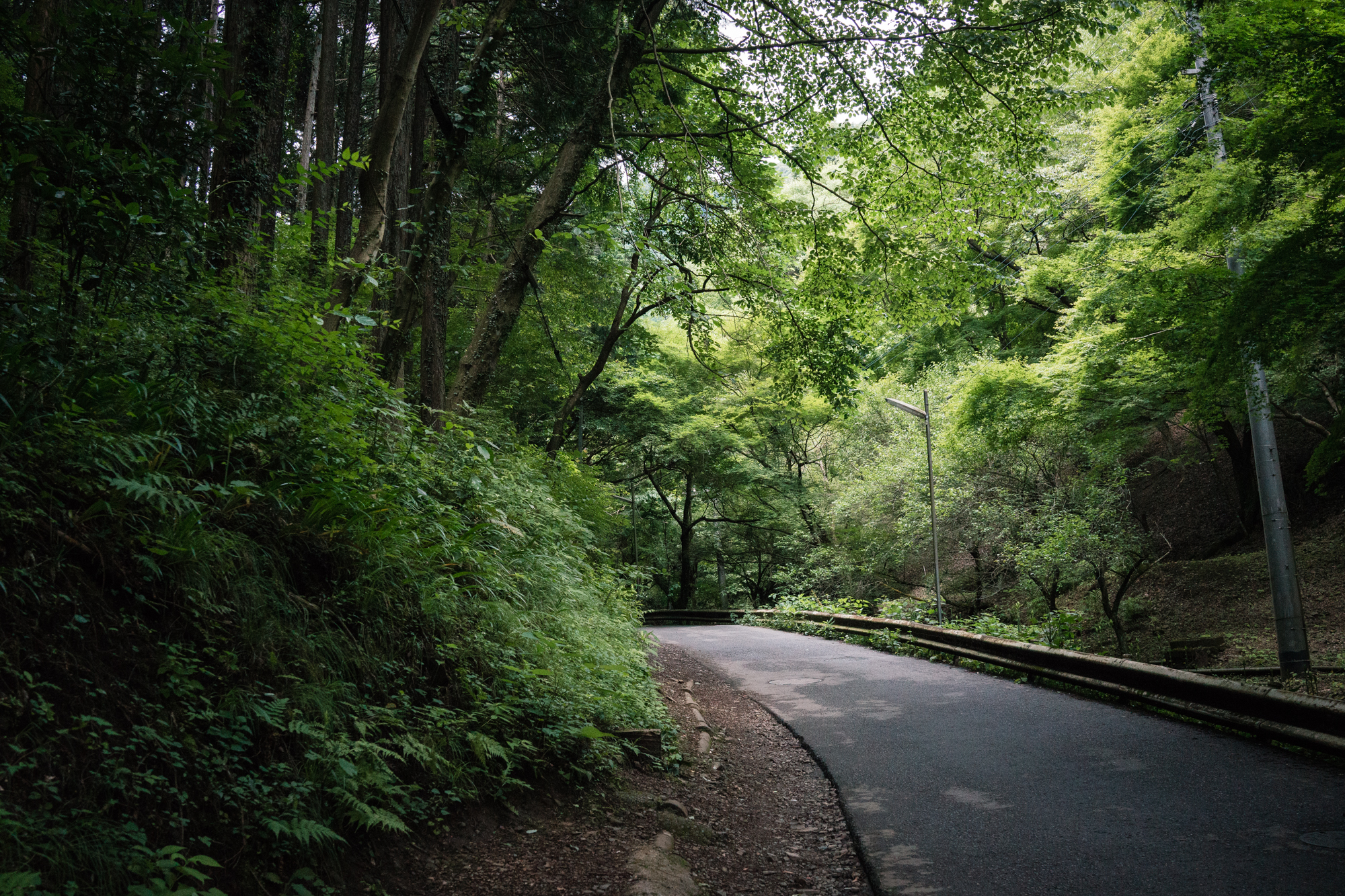 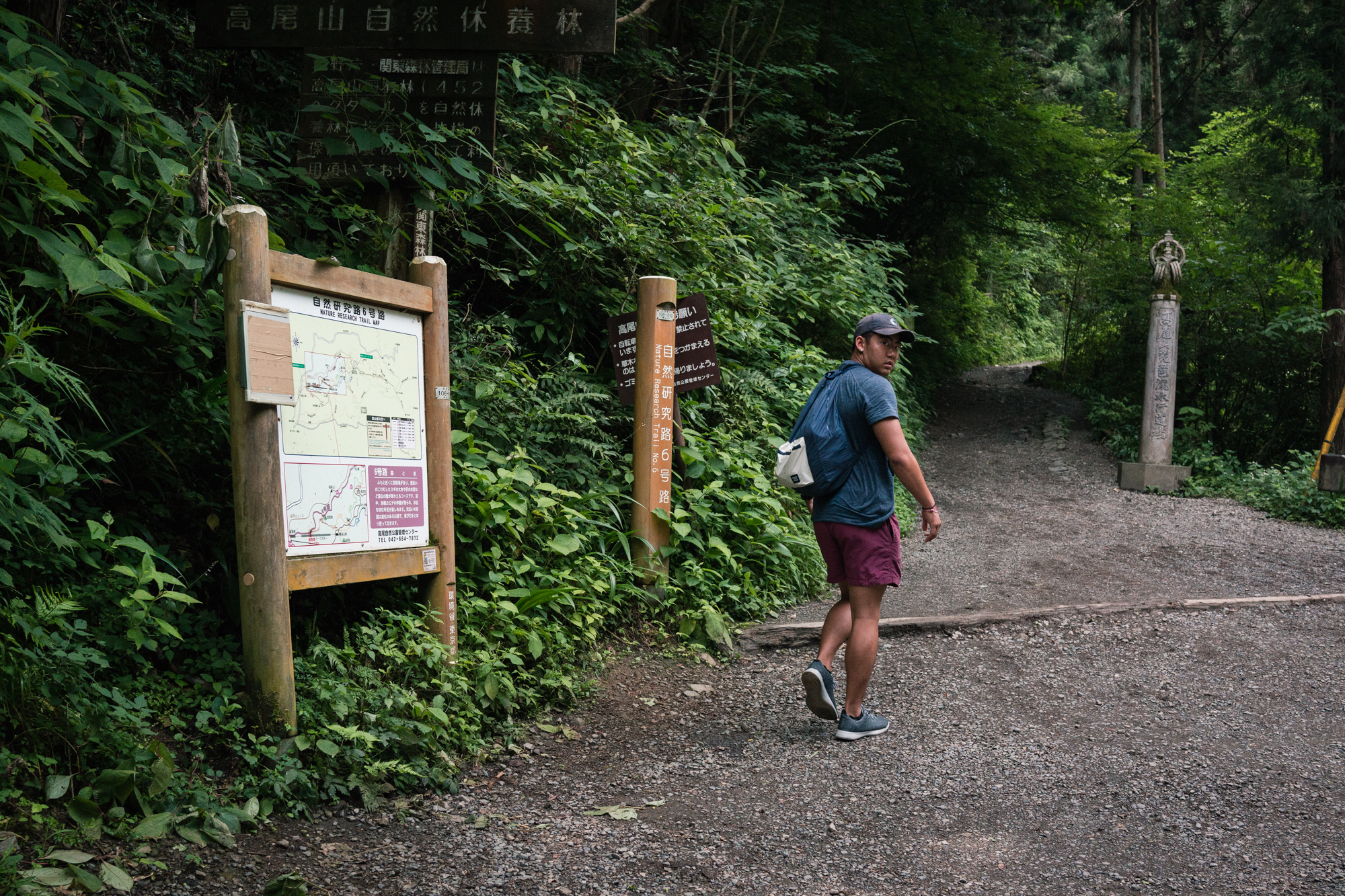 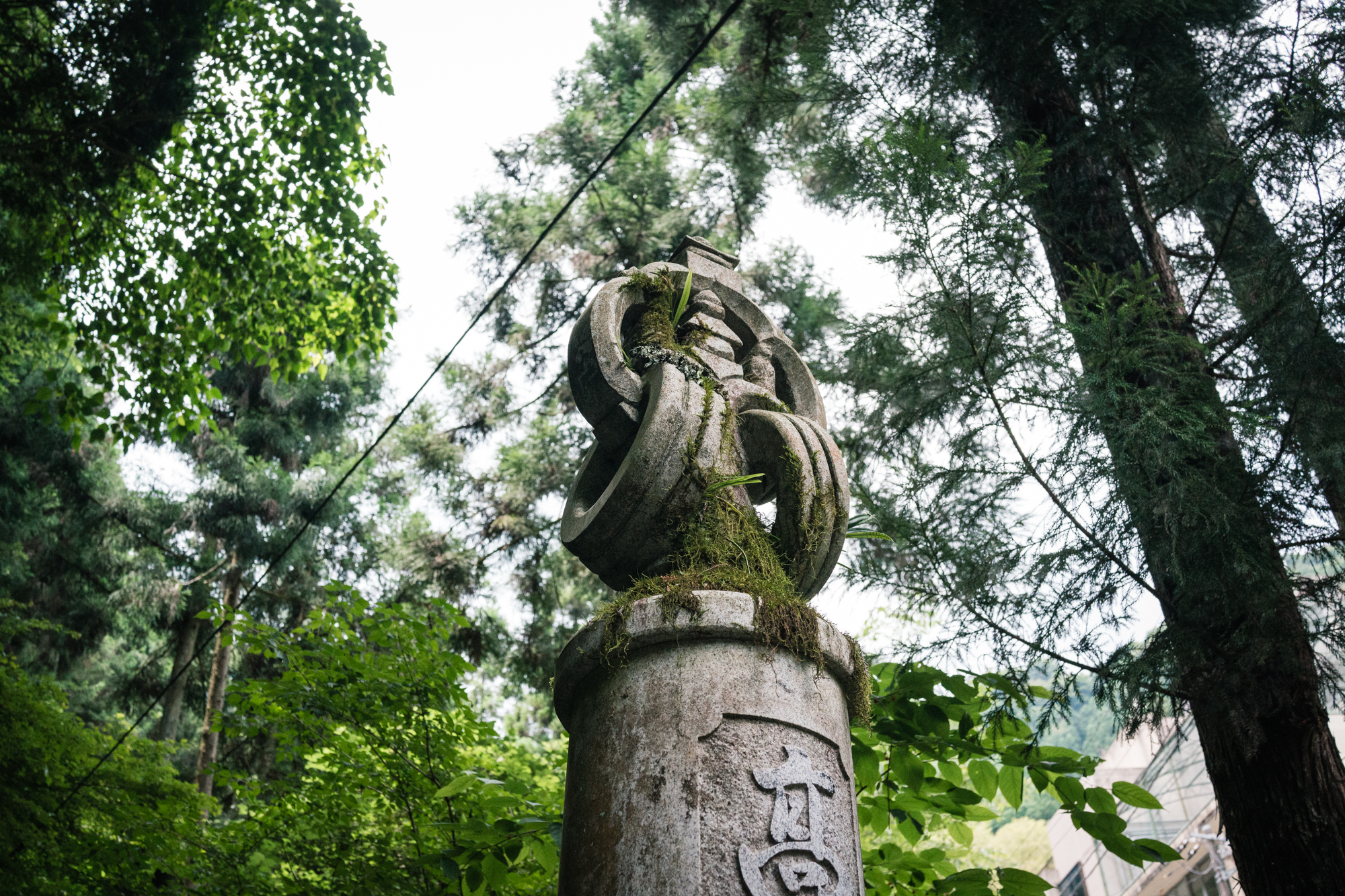 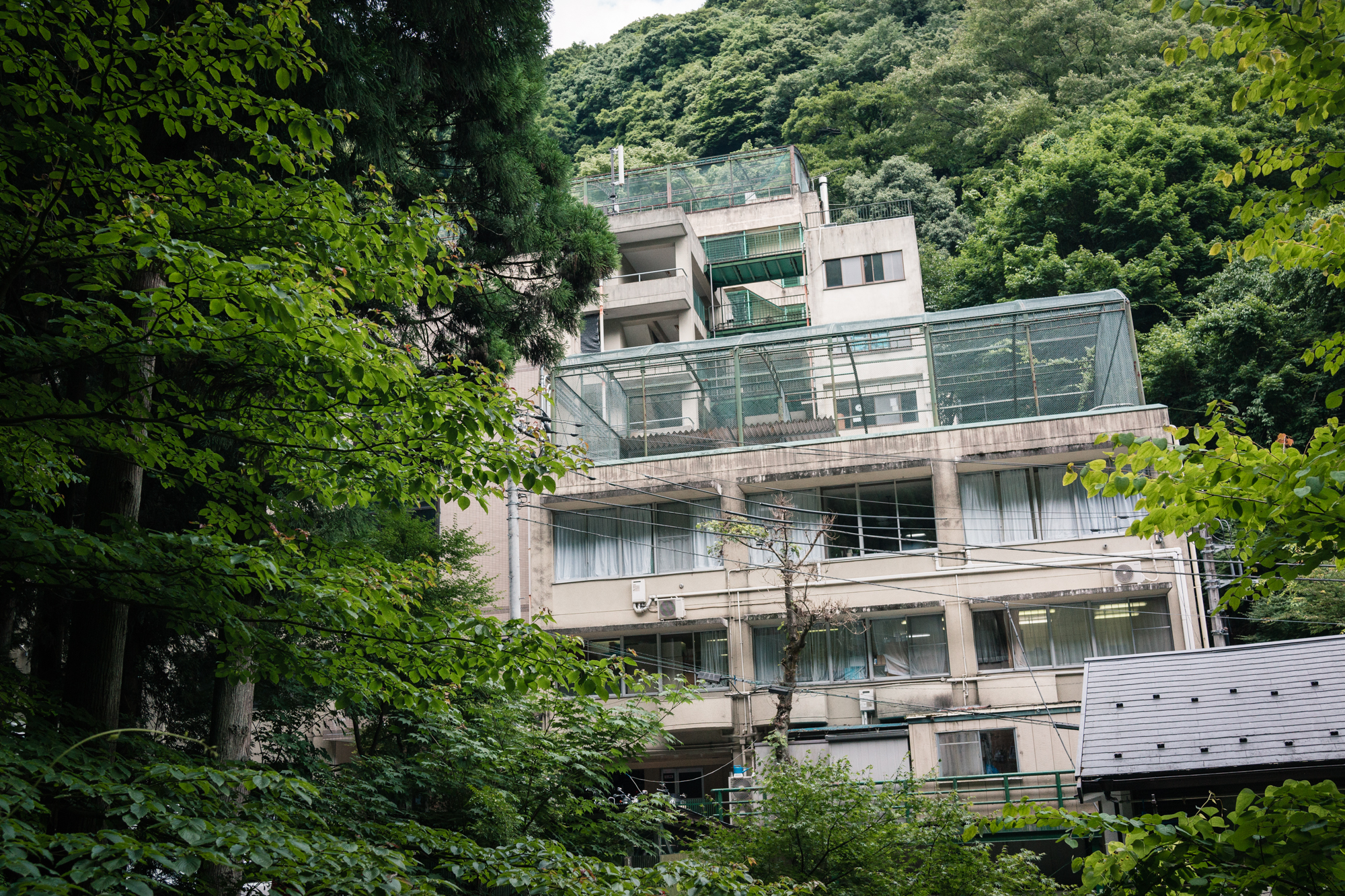 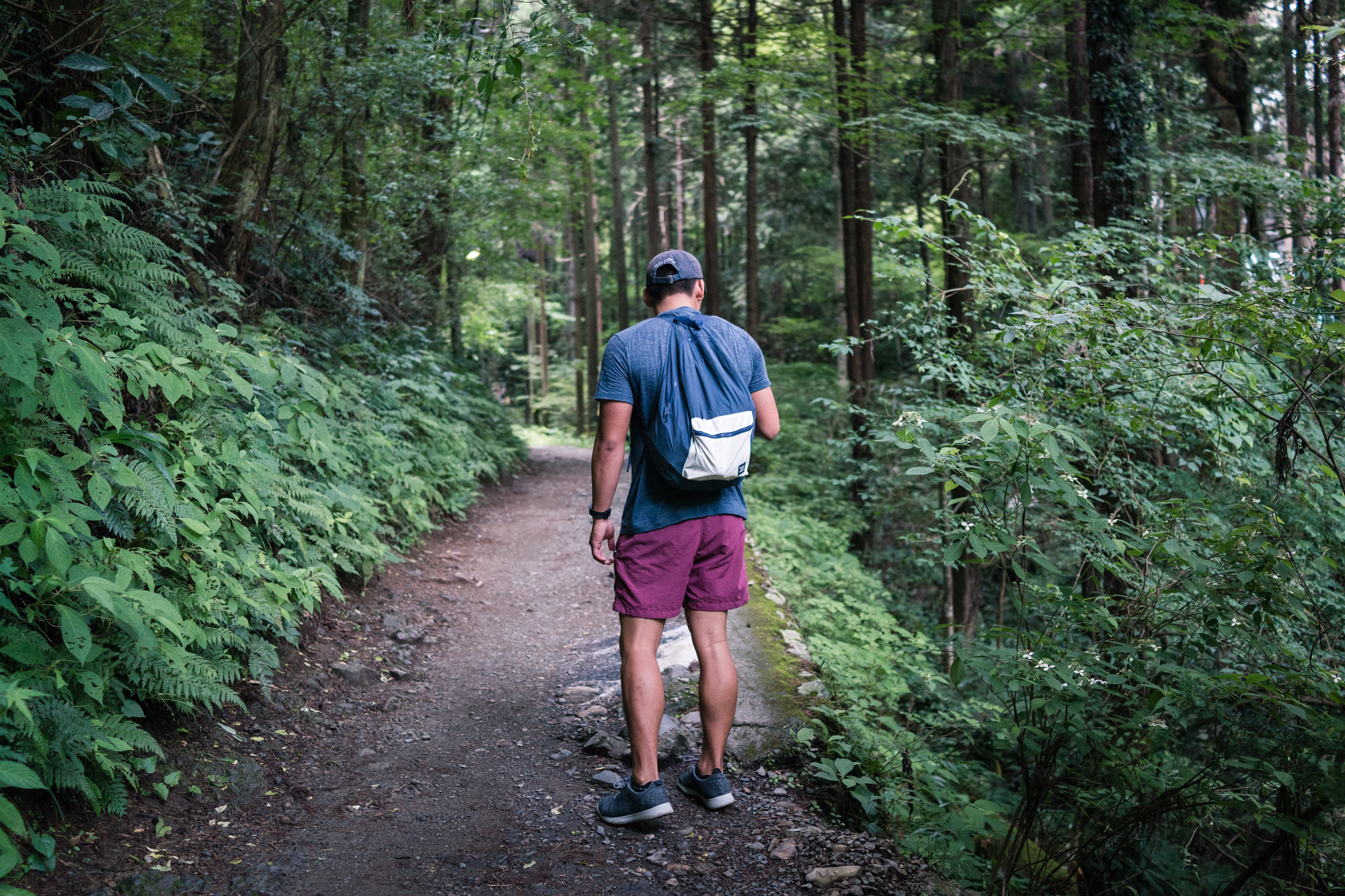 The path was almost completely covered with rocks and foliage, and towering cedars shaded us from the summer sun. It was a manageable hike for the most part. The hardest section was the set of several hundred stairs at the end—it’s amazing how out of shape you get after a two-week break from the gym. Along the way, we ran into a handful of other hikers that all greeted us with a bright and dignified “Konichiwa!”. 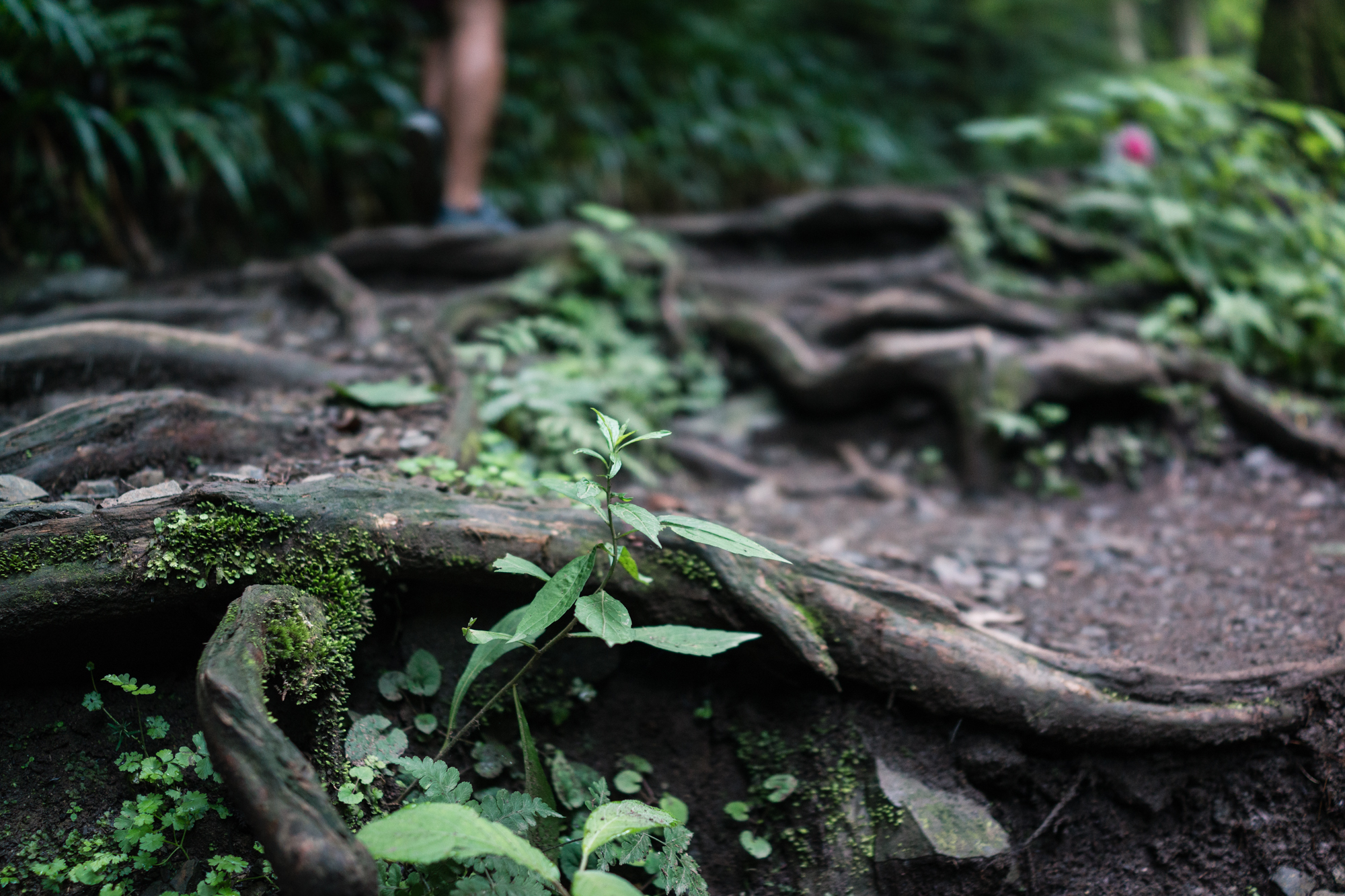 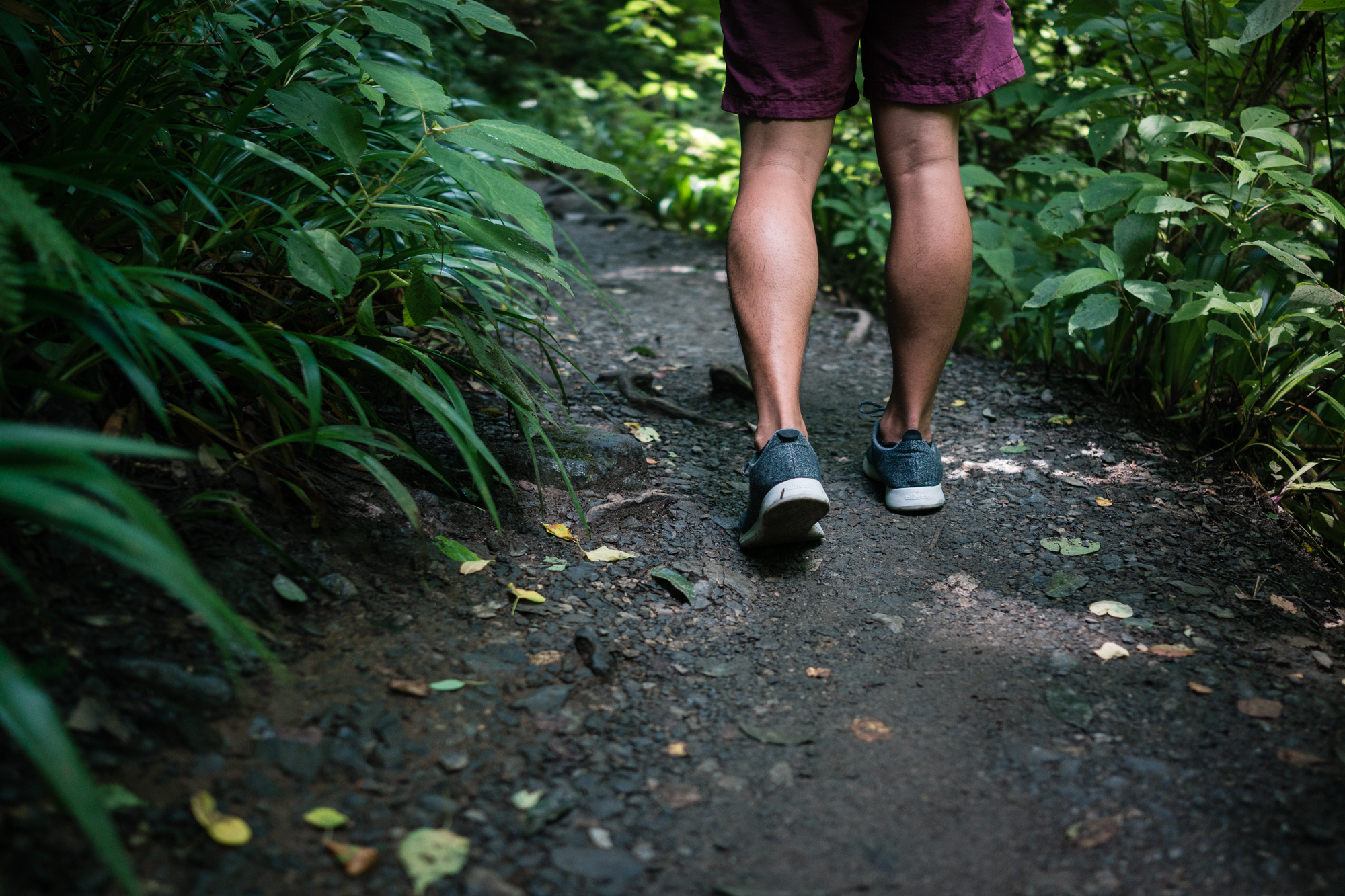 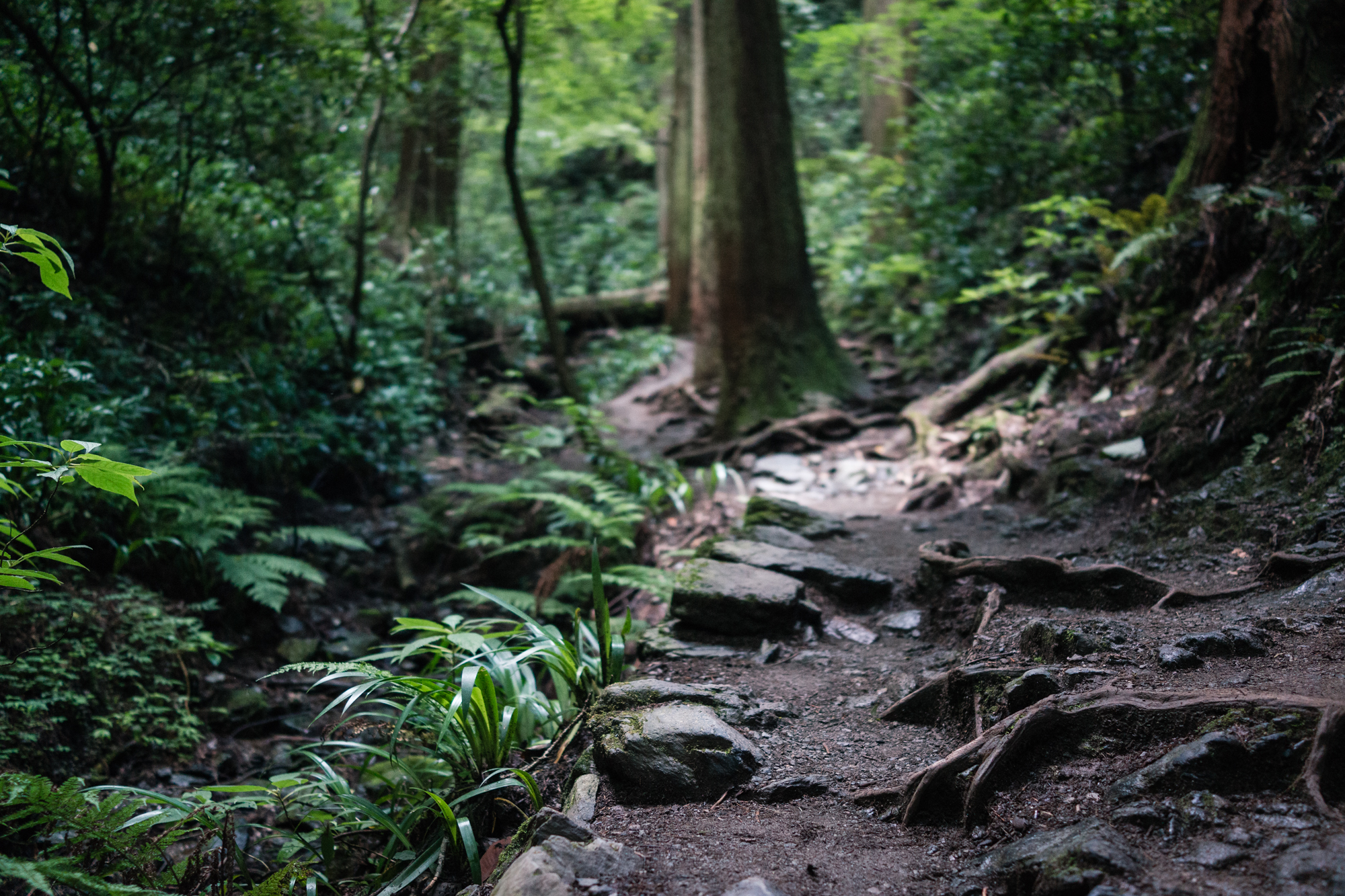 The whole thing felt a lot like Jurassic Park, except instead of dinosaurs, there are spiders. A lot of spiders. If you have severe arachnophobia like I do, I suggest bringing a companion along to use as a human shield (sorry Joel).

After wheezing climbing up aforesaid stairs, we reached the summit. There was a soba restaurant and ice cream shop, as well as vending machines to rehydrate. Because if there’s anywhere you can expect to find a Coke dispenser at the top of a mountain, it’s in Japan. 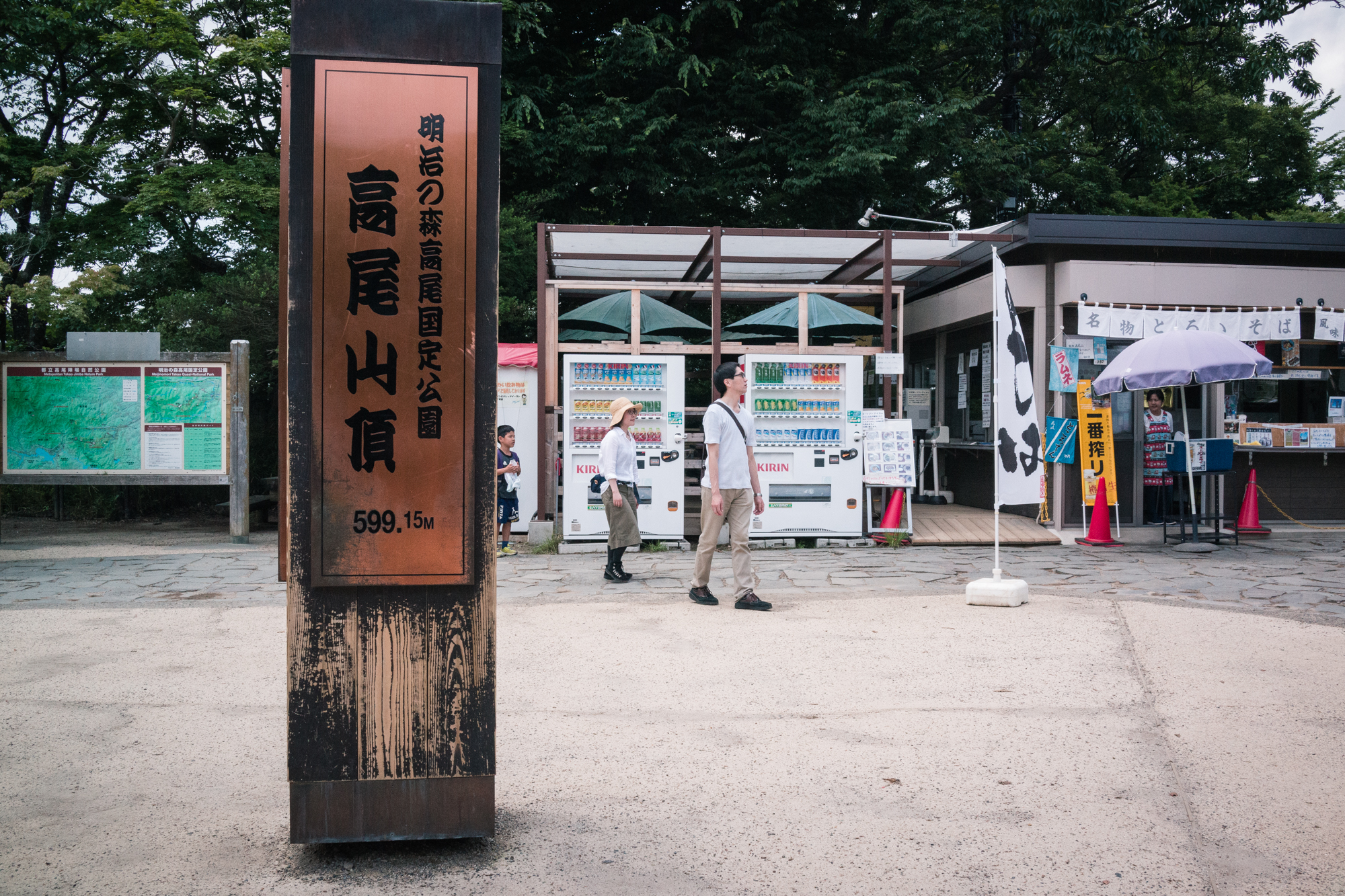 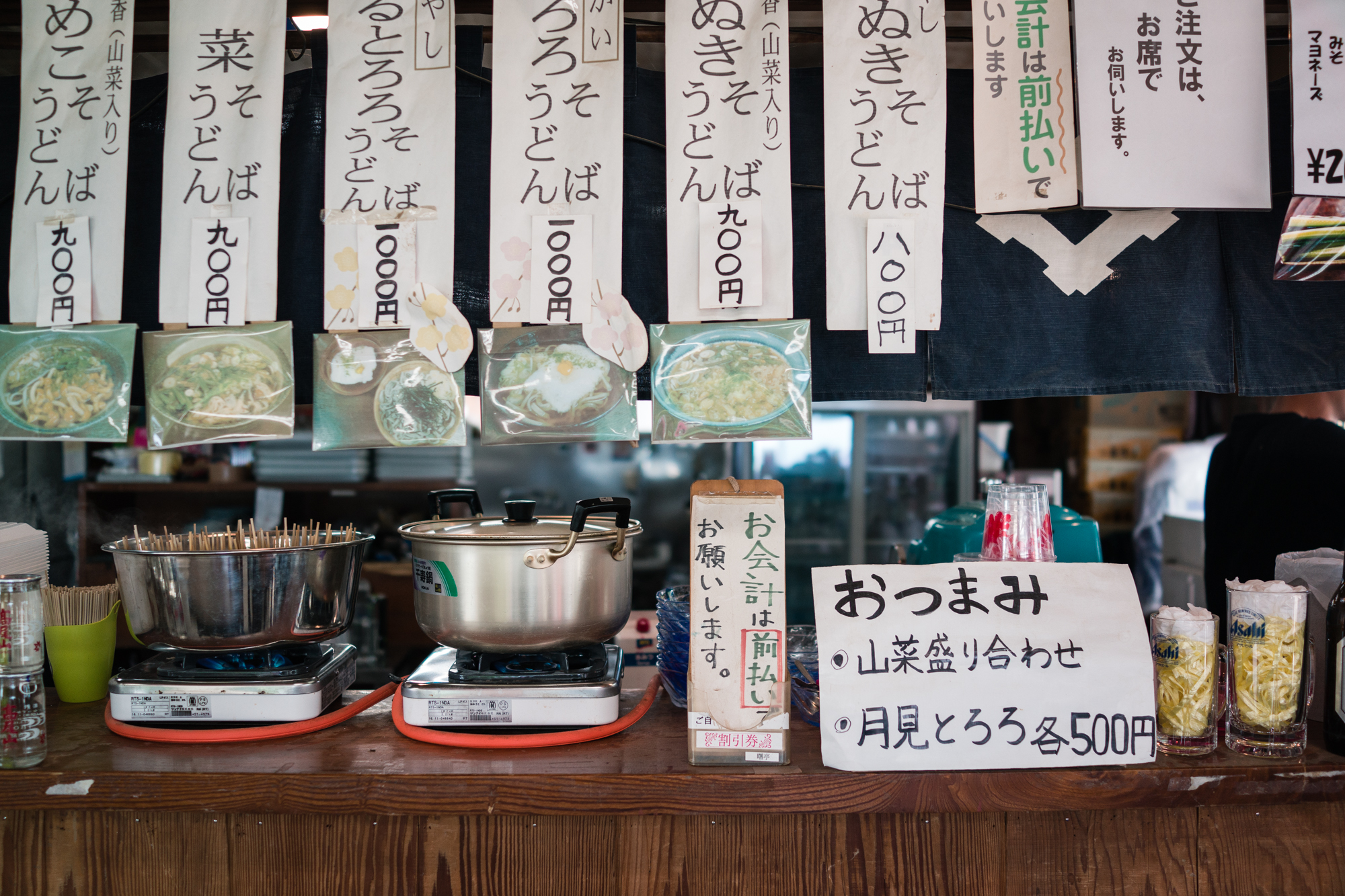 We approached the lookout as a massive panorama of Japanese scenery opened up in front of us. On one side was the sprawling expanse of Tokyo Metropolis, and on the other, mountain slopes overrun with trees. You can even catch a glimpse of Mt. Fuji on a clear day.

After a lot of “ooh”s and “ahh”s, we took Trail 1 back down the mountain to see the religious sights. It was a while before we reached our first temple, magnificent and red, rising up out of the trees. 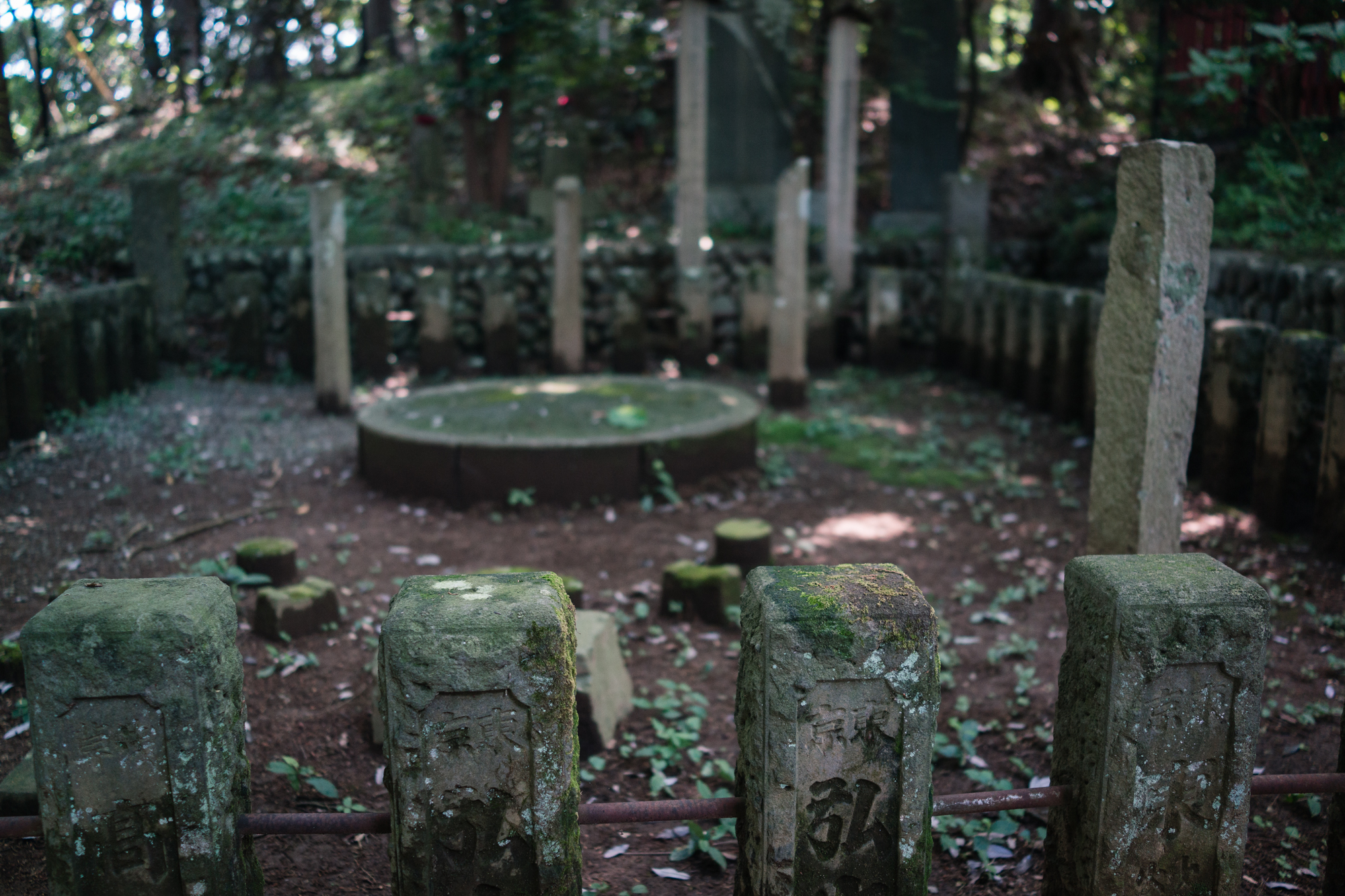 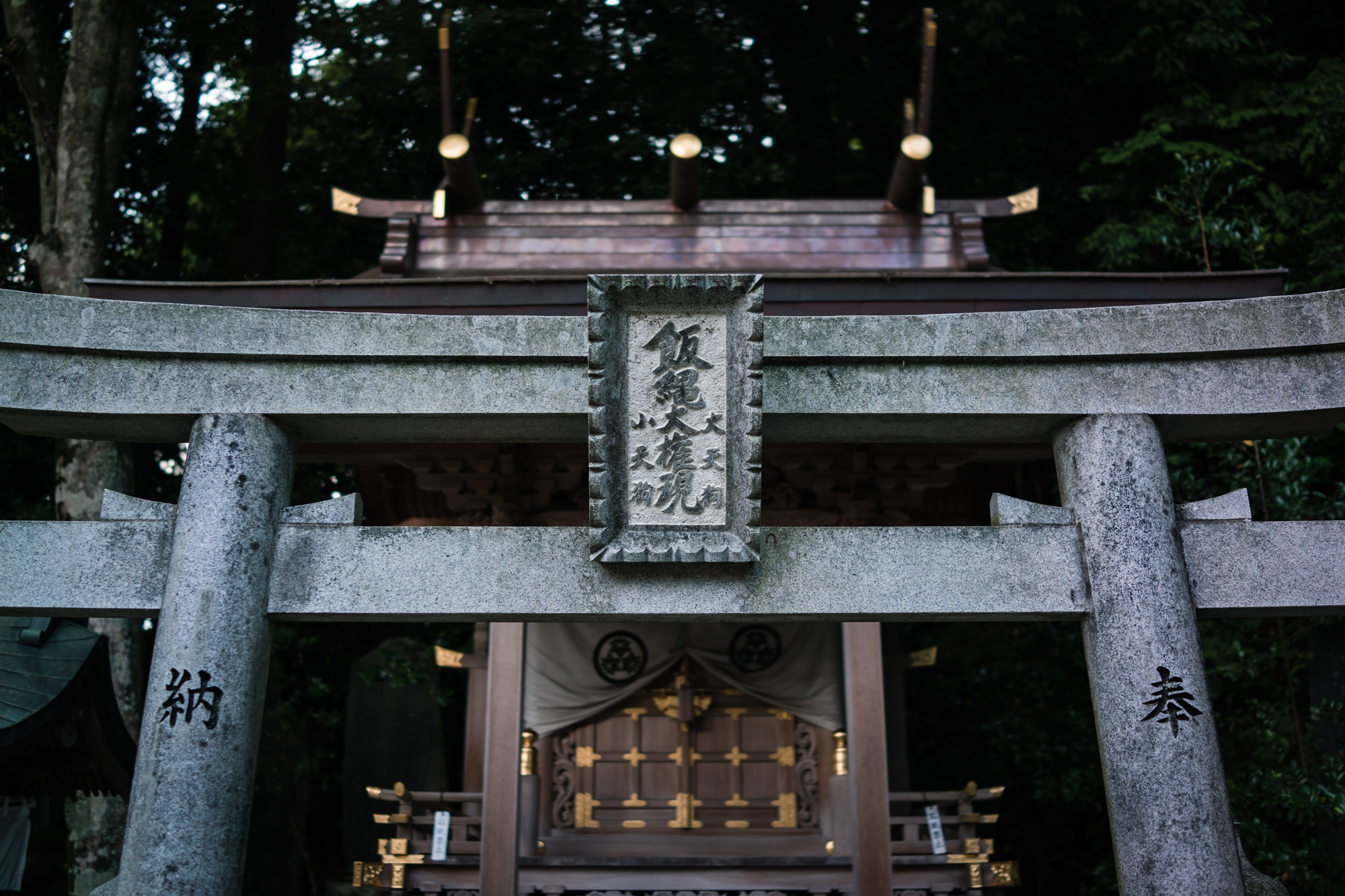 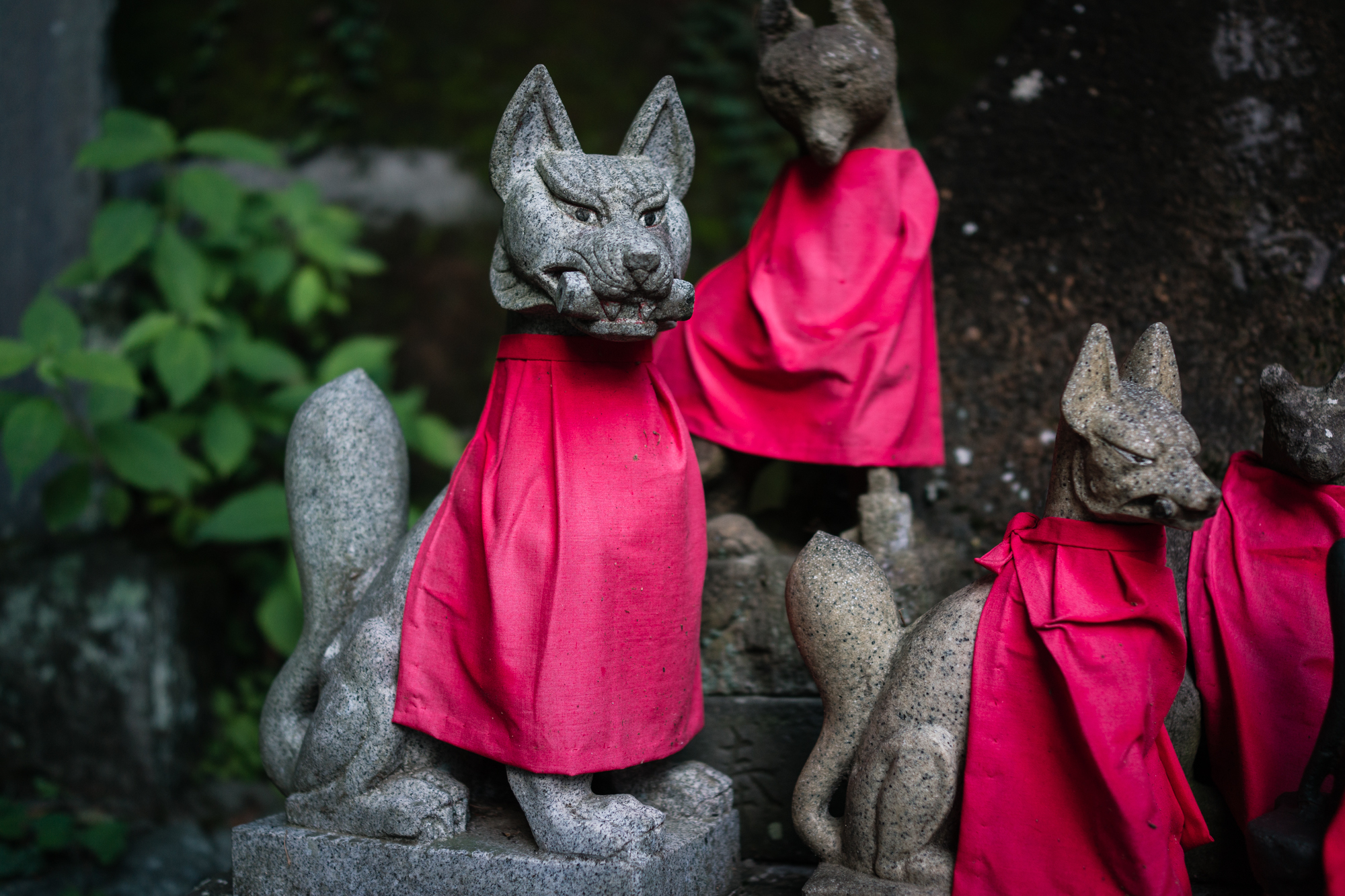 We continued down a set of stairs marked with rows of moss-covered tōrō. Another large building appeared at the bottom. As we approached, a conch sounded from below. A man in a blue robe stopped us to clear the way for what turned out to be a series of monks dressed in a rainbow of colors and blowing from ancient looking instruments. They entered the temple and started some sort of ceremony or ritual. Visitors peeked in from the window. 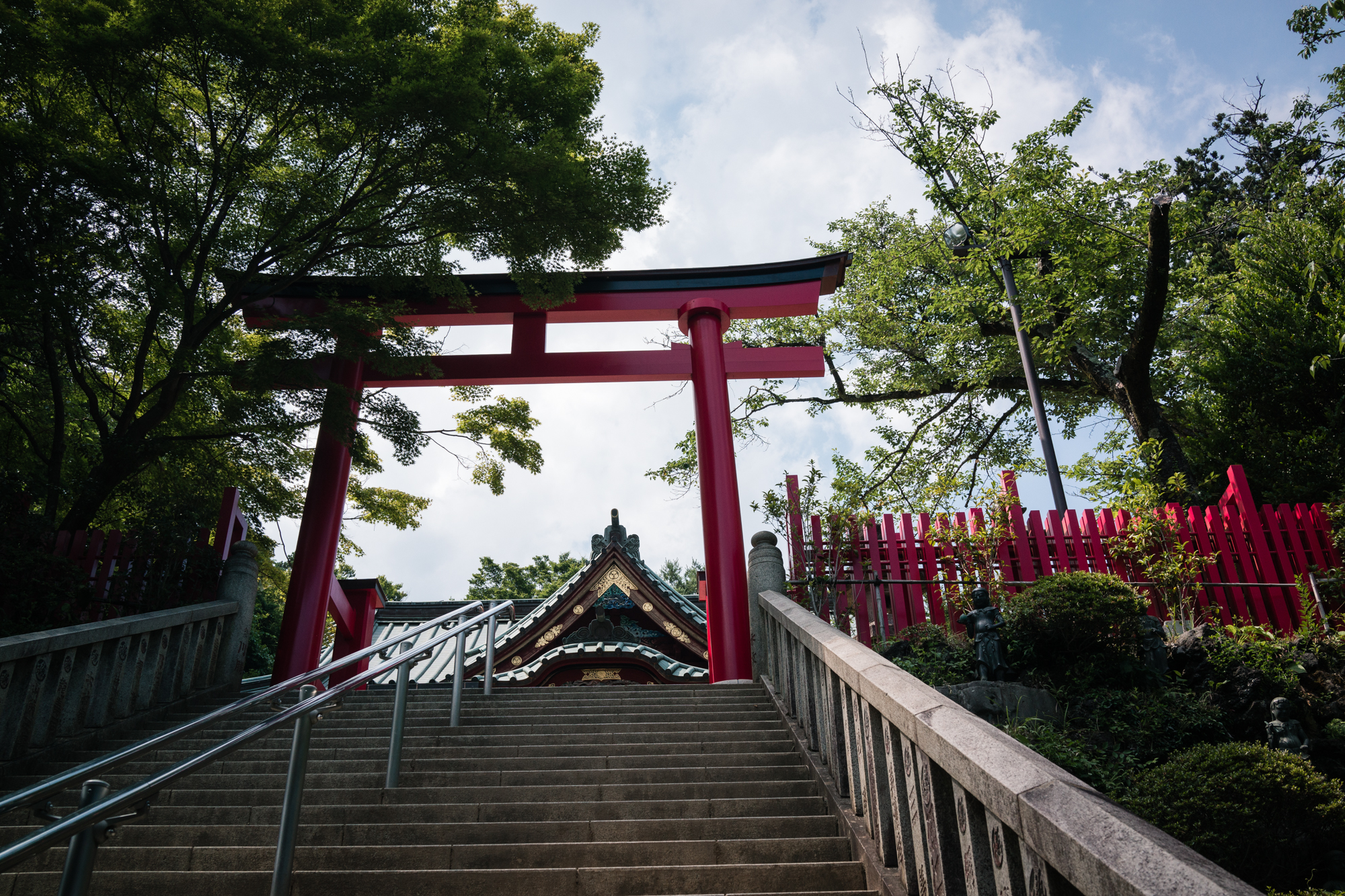 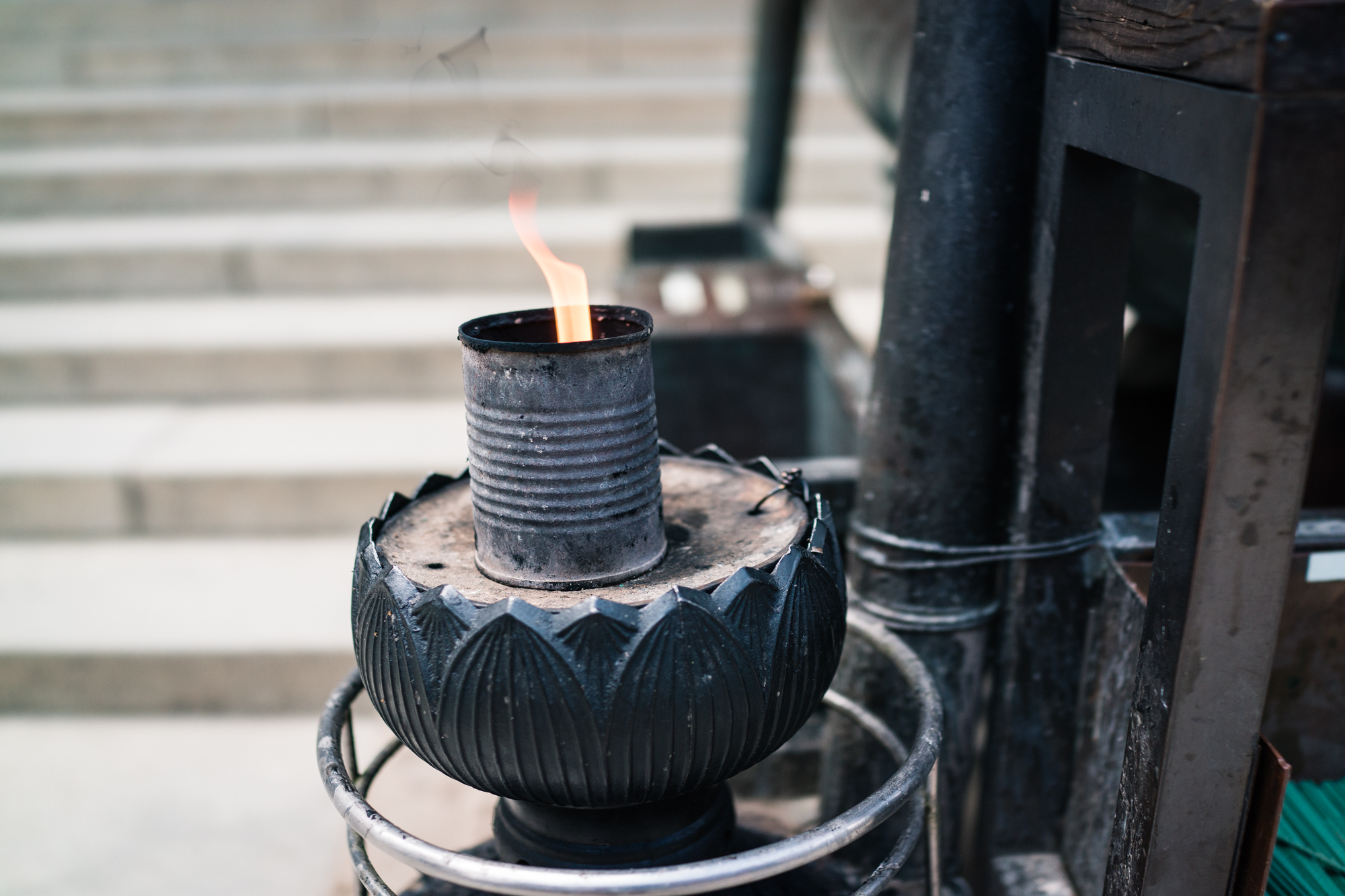 It turned out to be Yukuo-in Temple, built over a thousand years ago and considered to be home to the Shugen practice. Takaosan is a sacred site for ascetic training (i.e., sitting cross-legged under a waterfall), and the mountain is said to be guarded by tengu, a Shinto god distinguished by its long nose.

After another set of stairs and hills, the path leveled out. From here we followed a series of red lanterns further down the mountain. 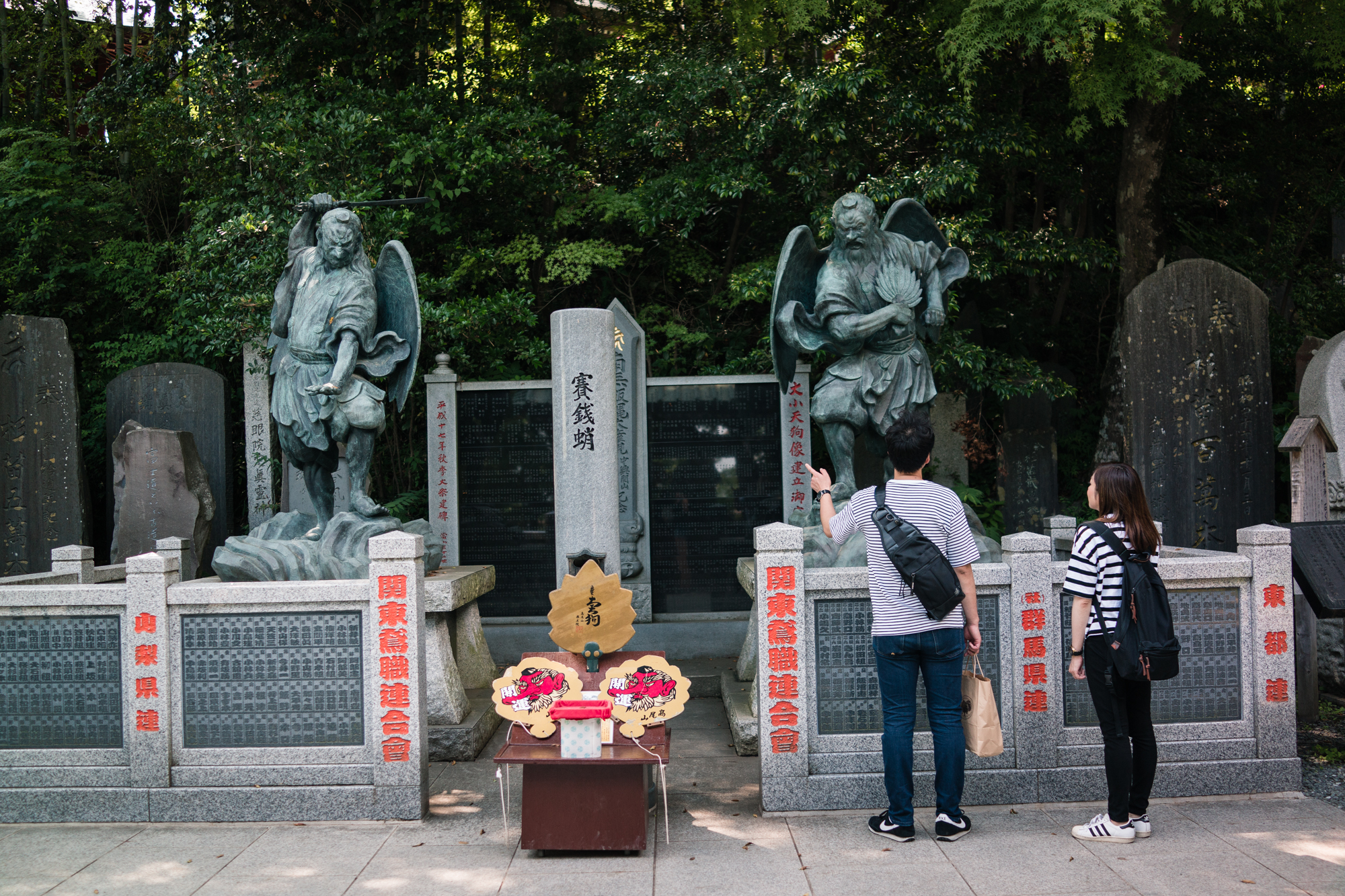 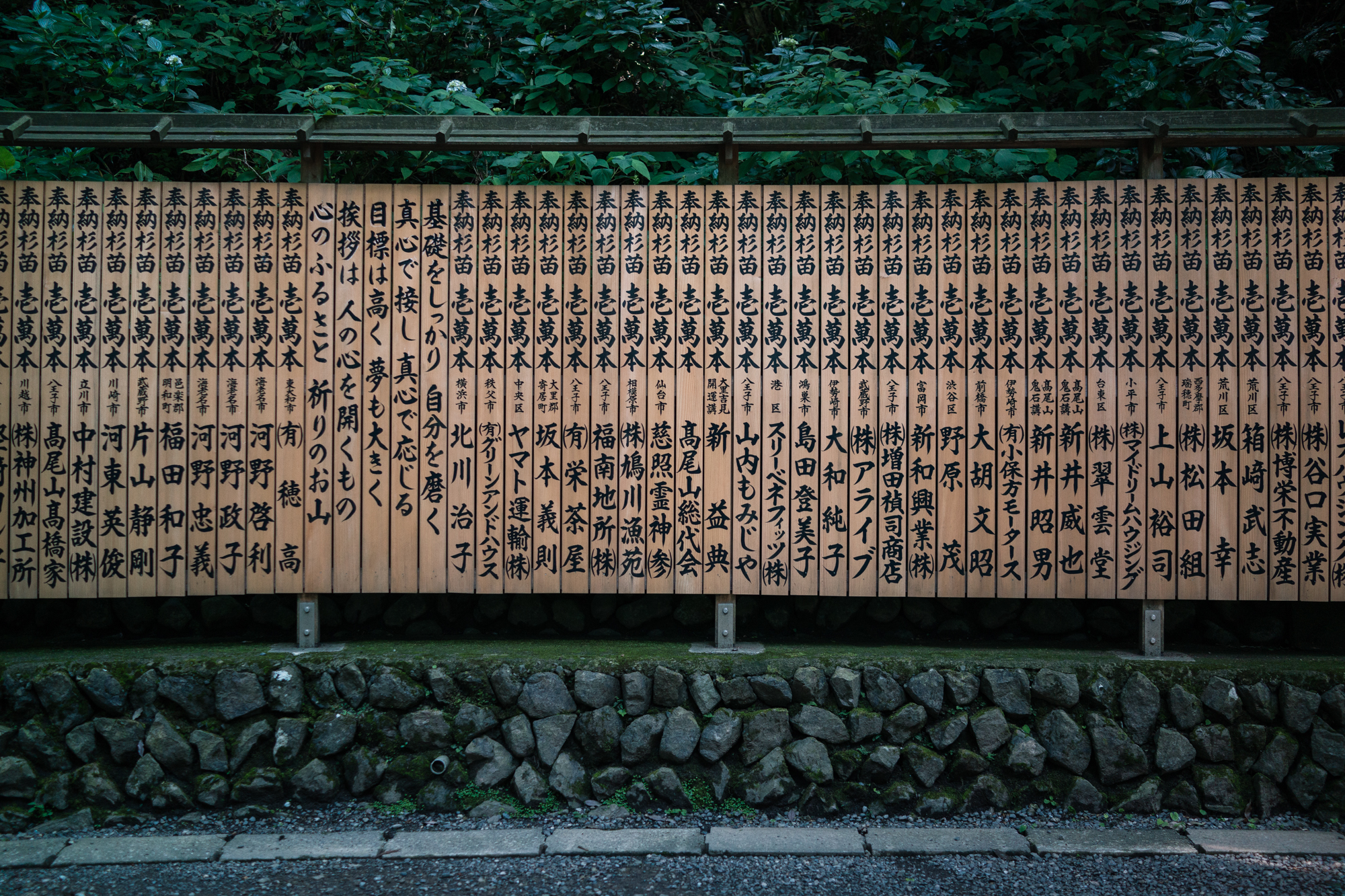 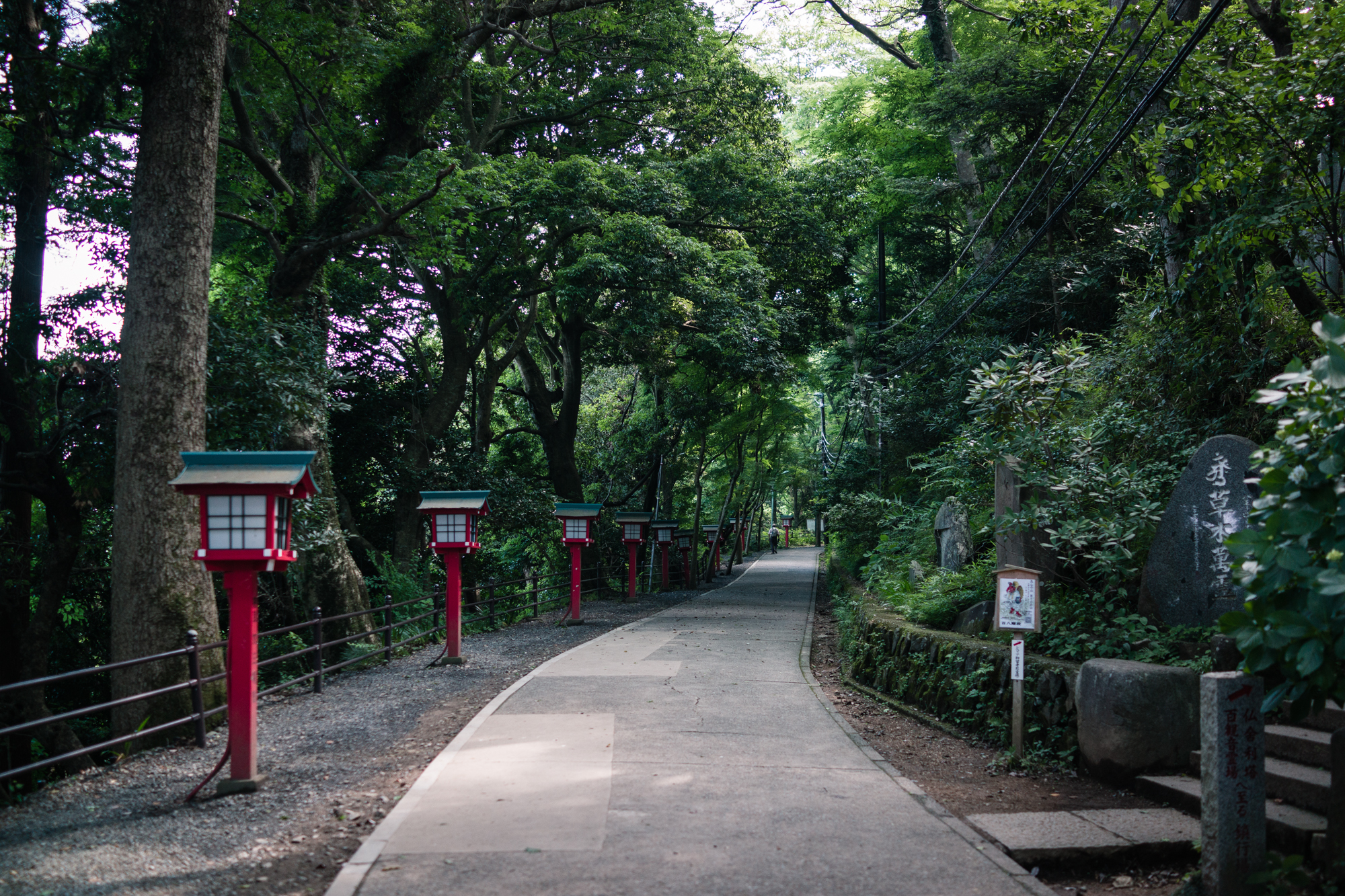 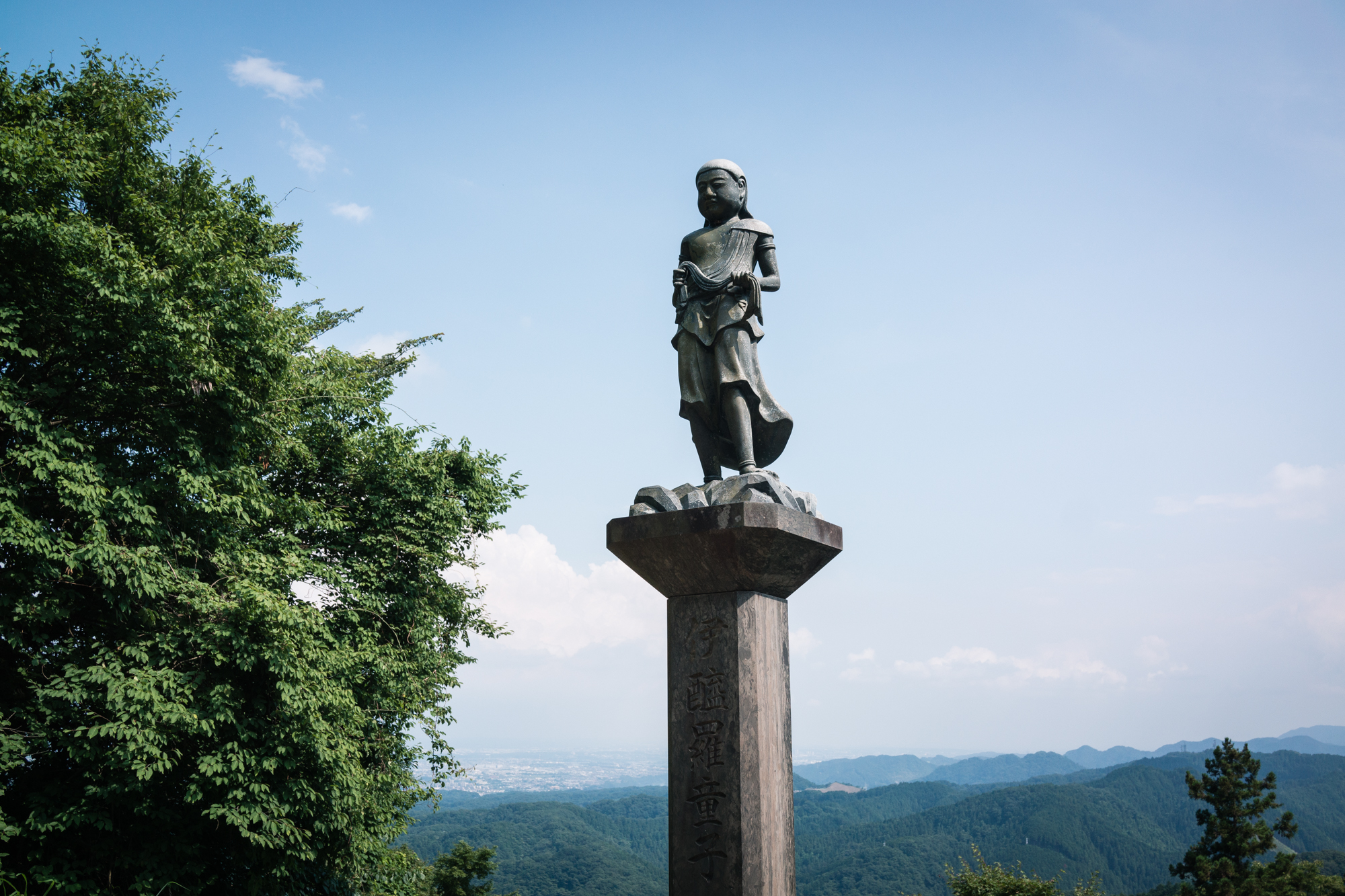 Finally, we made it back to the cable car station, where Takao’s Beer Mount lies: a magical place that serves unlimited food and drinks at ¥3300 for ladies and ¥3500 for dudes. We arrived half an hour early and lined up, exhausted but hungry.

Once it opened we made a beeline for a coveted balcony seat on the top floor. Staff members punched our tickets and handed us empty mugs and plates to fill. 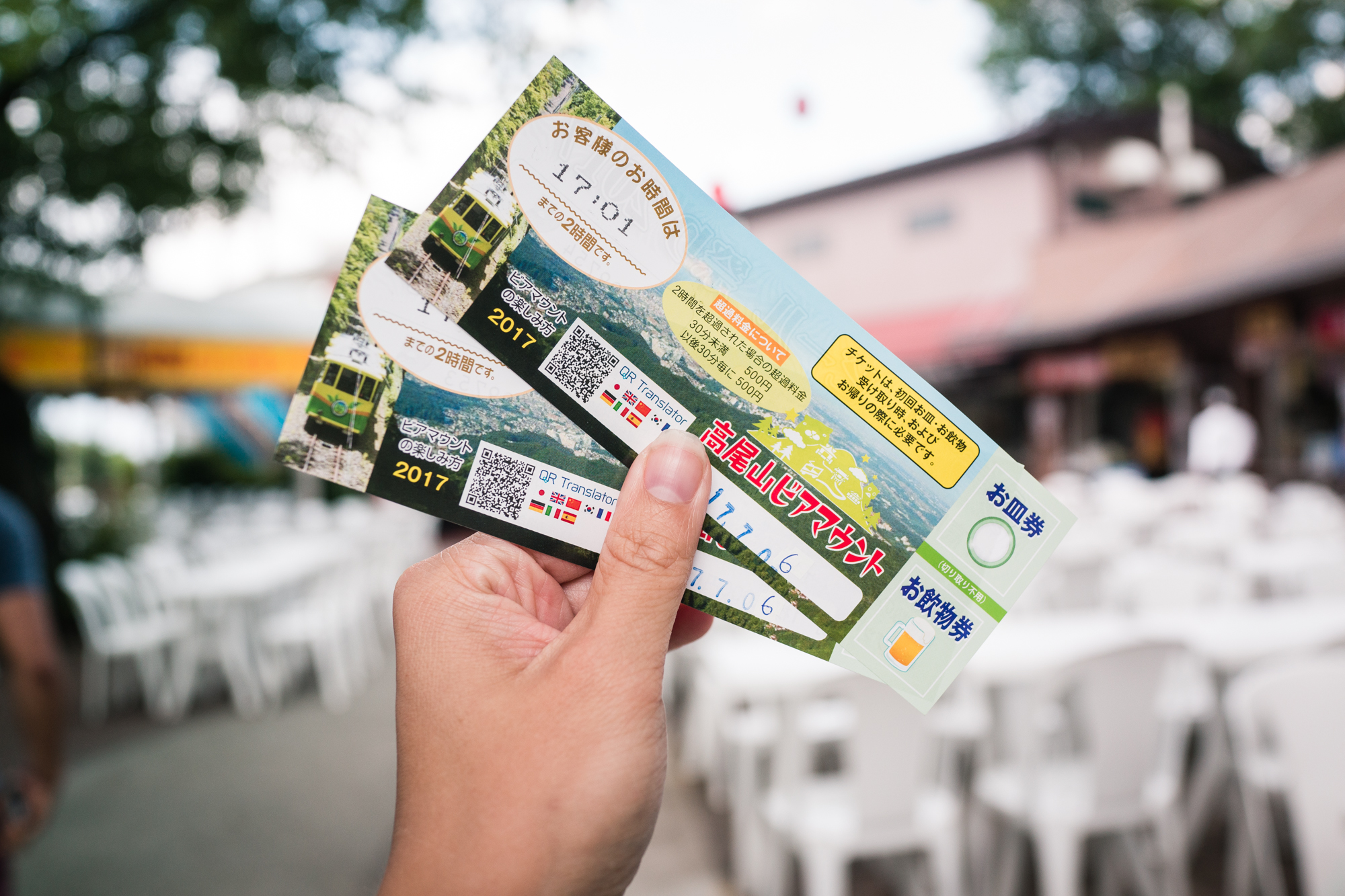 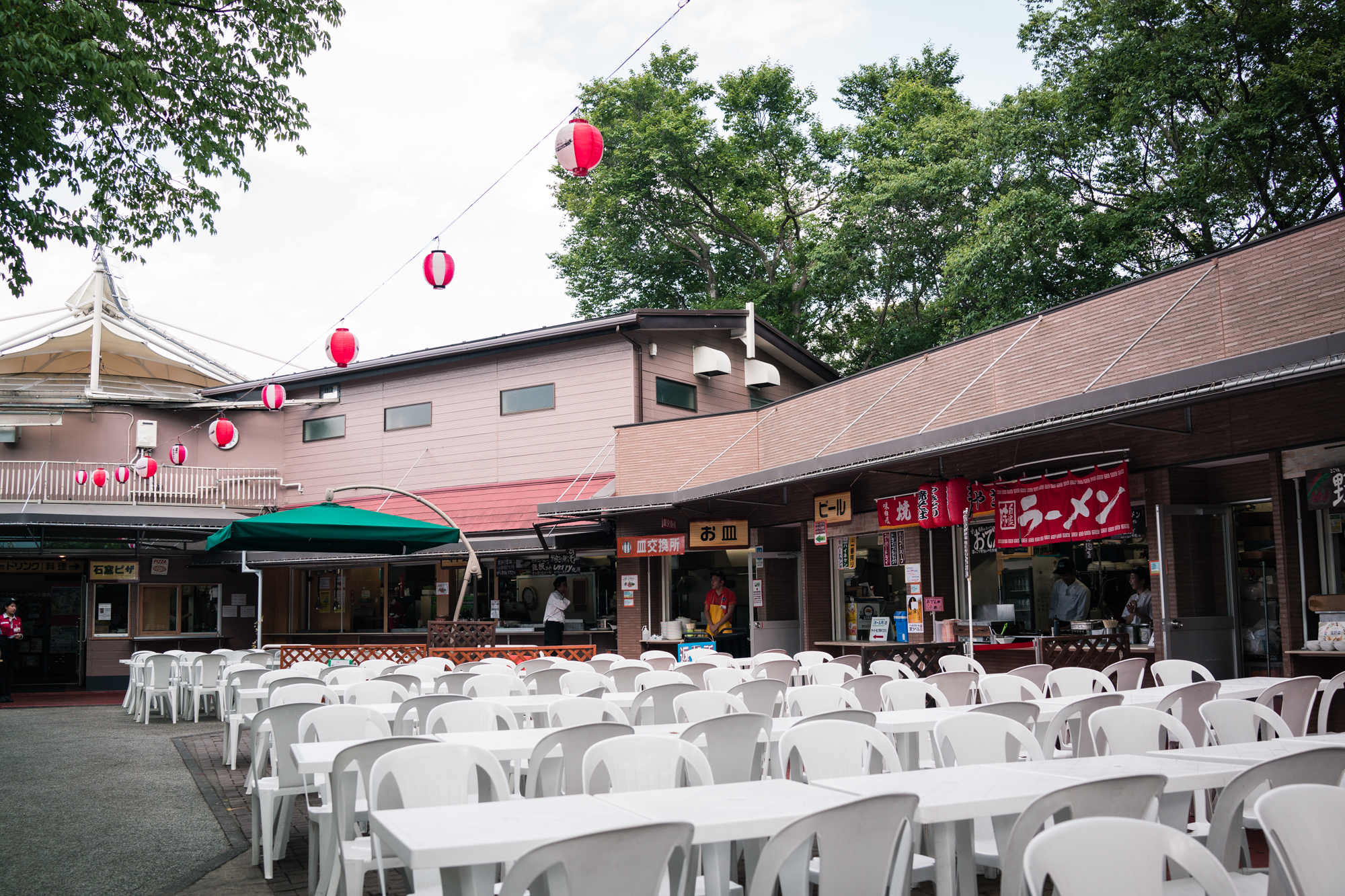 The food selection was Japanese and Chinese, with a few Western dishes thrown in. I’ll be real with you guys: it’s no gourmet restaurant. I’d say it sits somewhere between an average American buffet and a fast-casual Japanese chain. I’ll give them points for creativity, as they offered everything from dim sum to yakitori to grilled sardines to made-to-order ramen. For dessert, they served up warm crepes and waffles, water drop and matcha mochi, and a chocolate fountain for dipping cream puffs. There’s also real fruit and veggies, something I’ve missed dearly since entering the country. Japan is a small and densely populated island, so there’s little room for farming, which means many fresh goods are imported and sold at a premium. Filling up on cucumber and grapefruit was worth the cost of entry alone. And of course, there’s the alcohol. 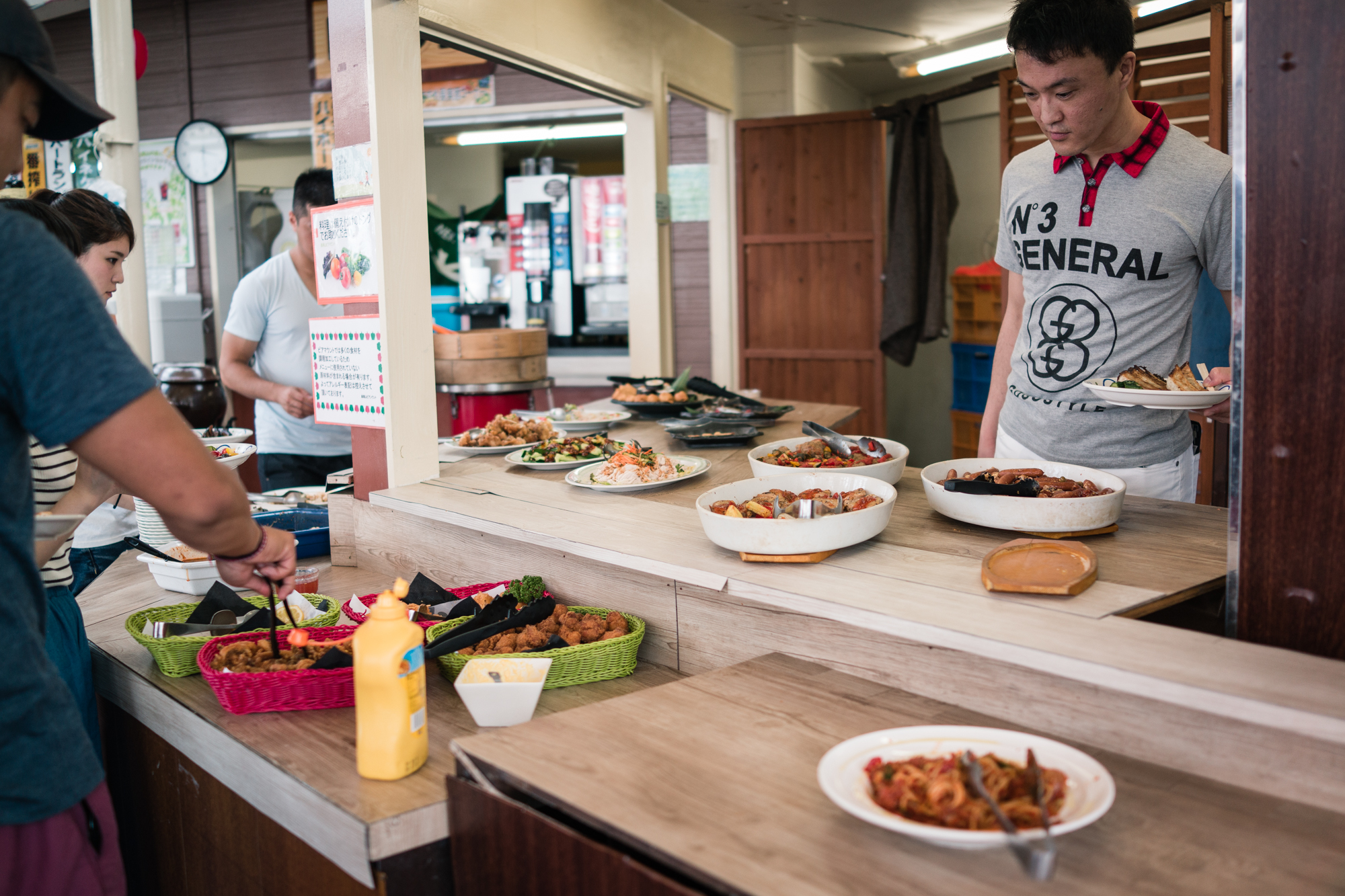 The first drink I ordered was a frozen beer made by Kirin, light and summery with a signature foam swirl on top. It was my first time having anything like it, and it was a perfect reward after a long morning of hiking. There were also other beers, soju, sake, sangria, and a variety of sours (Calpico included). Or, for those going sober, there’s a free vending machine with green tea, coffee, and soda available. 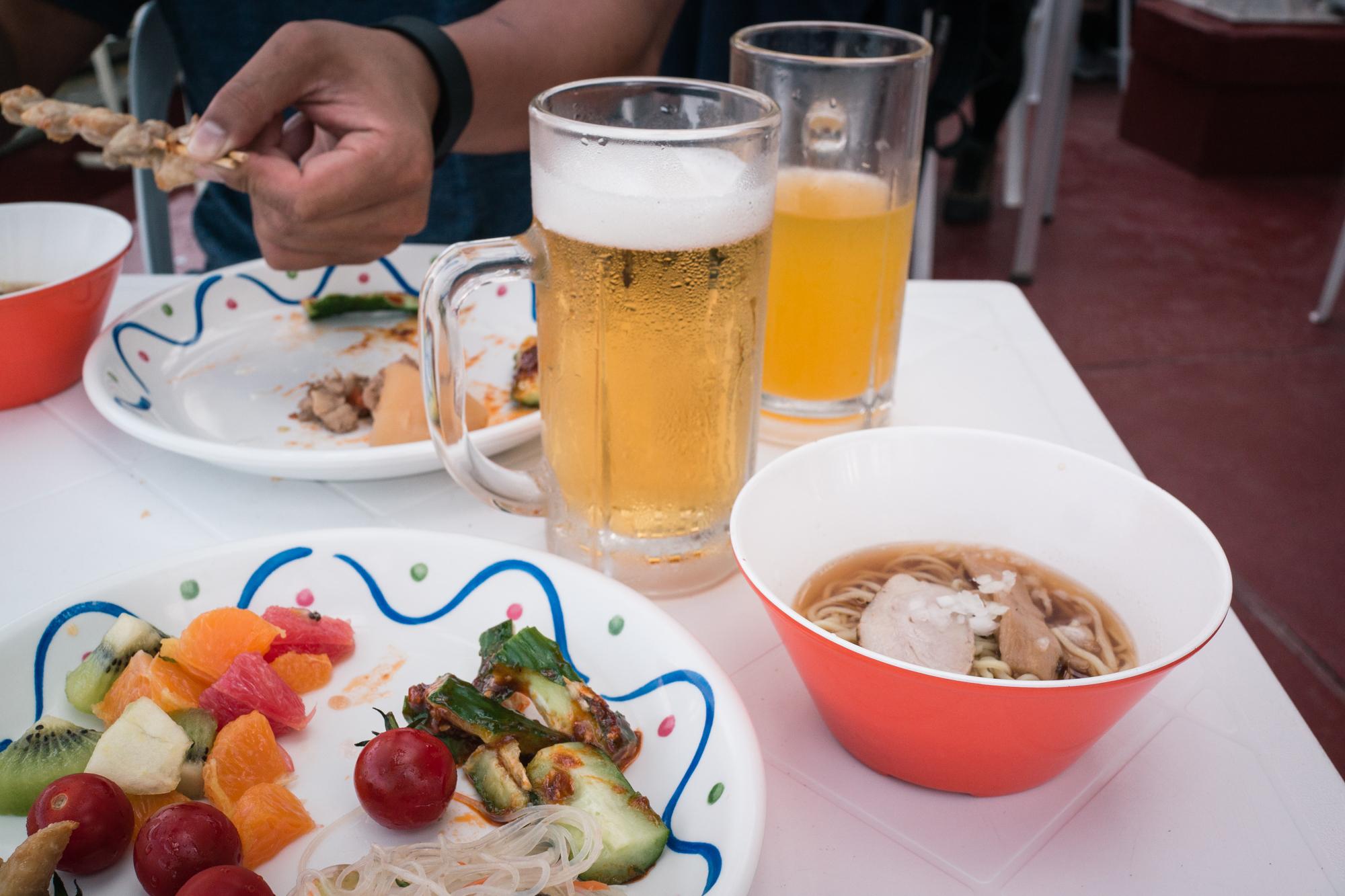 As we ate, the patio came alive with rambunctious laughter, clinking glasses, and Japanese conversations. You would think that anything labeled “all you can” would be a blaring green light for American tourists, but the restaurant was surprisingly empty of foreigners. As the afternoon wore on and transitioned into a warm summer evening, our two hours of eating and drinking our fill came to a close. We ended the meal with a go at the cotton candy machine. Lapping up the warm, freshly spun threads, we took in the vibrant scenery of Takaosan one last time.

We descended down the mountain, hopped back on the train under a rare Tokyo sunset, and headed back to the city. 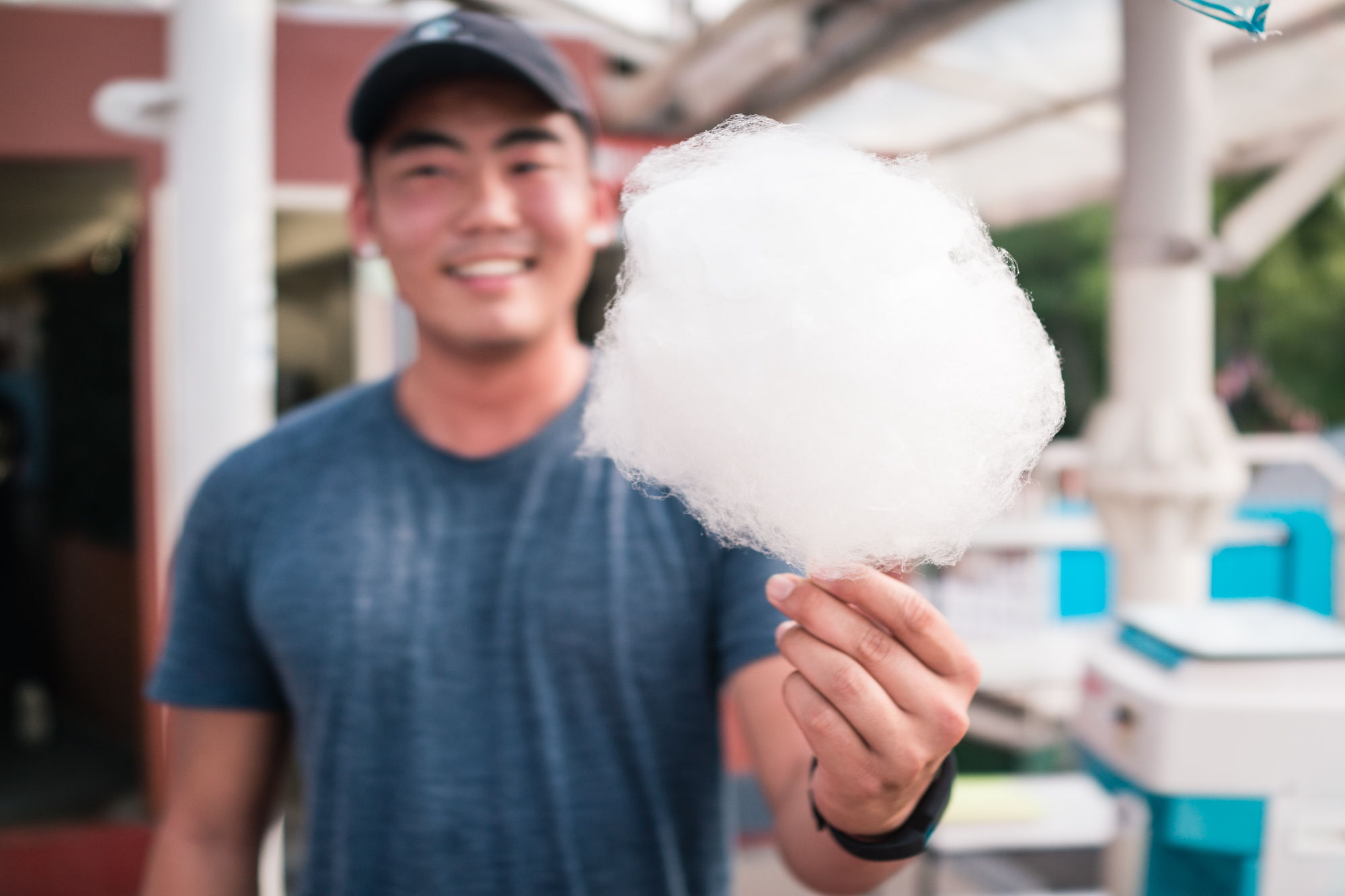 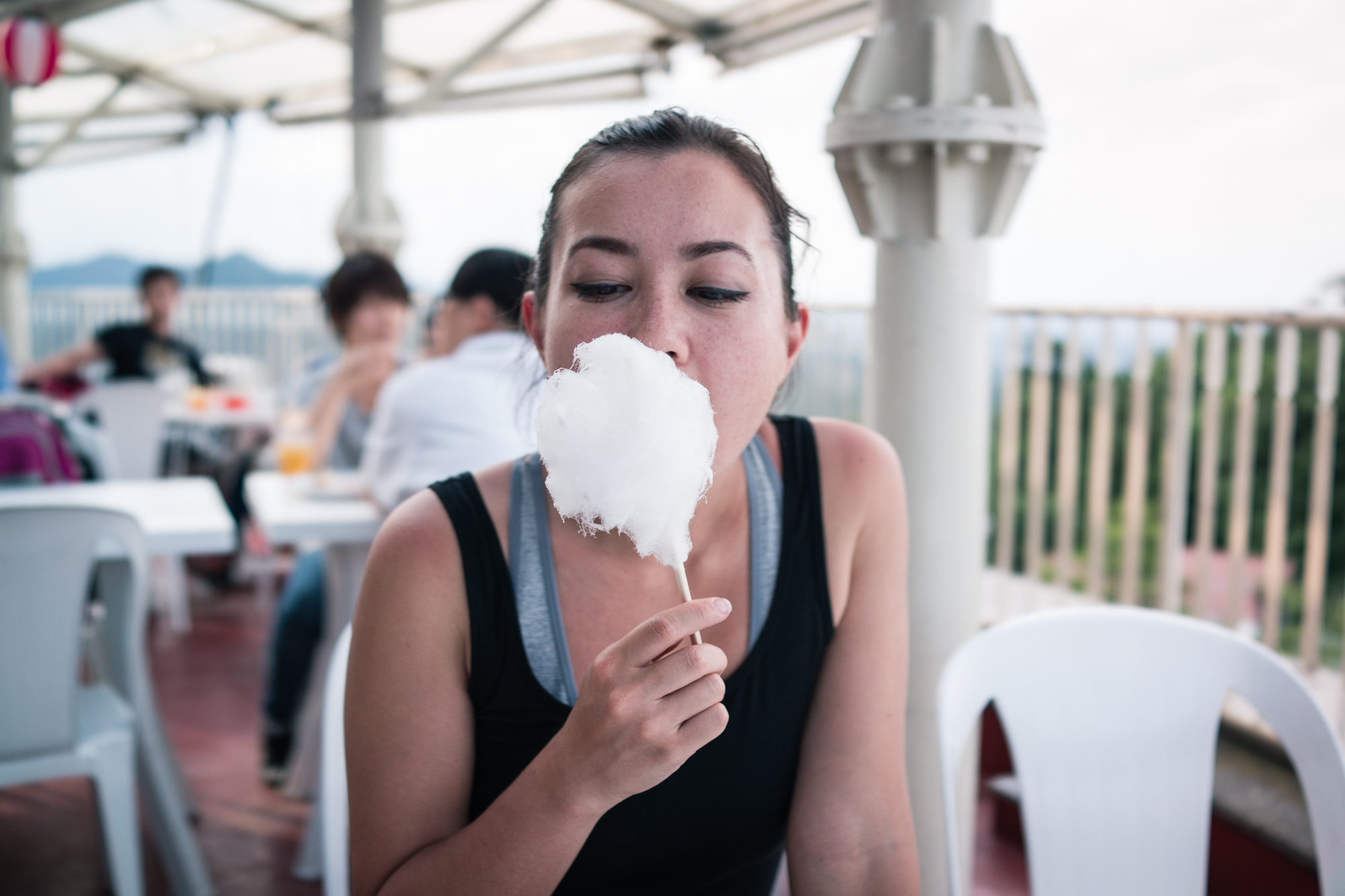 1.) Go during the weekday if you can swing it. Takao is a popular weekend getaway for locals, and visiting at a time when most people are at work will give you the space and quiet that a trip like this deserves.

2.) Bring an army of bug spray cans. There are mysterious critters running amok at every corner. Did I mention the spiders?

3.) Read the train schedule carefully. There are different Kielo trains that you’ll likely take (Limited, Rapid Exp, etc.) and you might have to transfer several times even though you’re staying on the same line.

4.) If you’re interested in both hiking and sightseeing like us, consider taking Trail 1 in one direction and a different trail in the other.

5.) The Beer Mount gets busy during evenings and weekends. You can make a reservation if your party is large enough, but otherwise plan on going when it opens to snag a prime viewing spot (and avoid long queue times).

6.) If the AYCE/D option is out of budget, don’t be afraid to bring along a bento and can of Asahi for lunch instead. There are plenty of benches and tables along the way and you’ll find many other hikers doing the same. Or, try out some refreshing soba and ice cream at the top!