Back in the fall of 2002, the English dub of Spirited Away released in America. My mom was a bit of a movie nerd and so anything that critics were raving about (usually hipster crap like Lost in Translation) found its way to our TV with lightning speed.

I remember her telling me about this great new animation that came out that received tons of awards (because every 10-year-old cares about whether a movie won “Best Supporting Actress” or not). She unwisely prefaced the film with “You’ll love it!” which, coming from a parent, is pretty much code speak for, “Here’s some boring thing I want to do and I’m going to make you suffer with me, sorry.” I was worried. She dragged me to our now-defunct neighborhood Blockbuster and rented it on DVD.

It ended up as one my favorite movies of all time. And thus began my love affair with Studio Ghibli.

One late April evening, fifteen years later, I found myself hurtling out of bed at 11:55 pm. I was shaken awake by a reminder on my phone: JTB Ghibli tickets go on sale in 5 minutes! JTB is a Japanese travel agency that happens to offer one of the only ways for foreigners to score elusive tickets to the Studio Ghibli Museum in Tokyo, Japan. They only allow ticket requests beginning exactly three months prior to the month you plan on visiting, and they almost always sell out instantly. I flipped open my laptop with eager haste and submitted my request for two tickets on July 3rd. 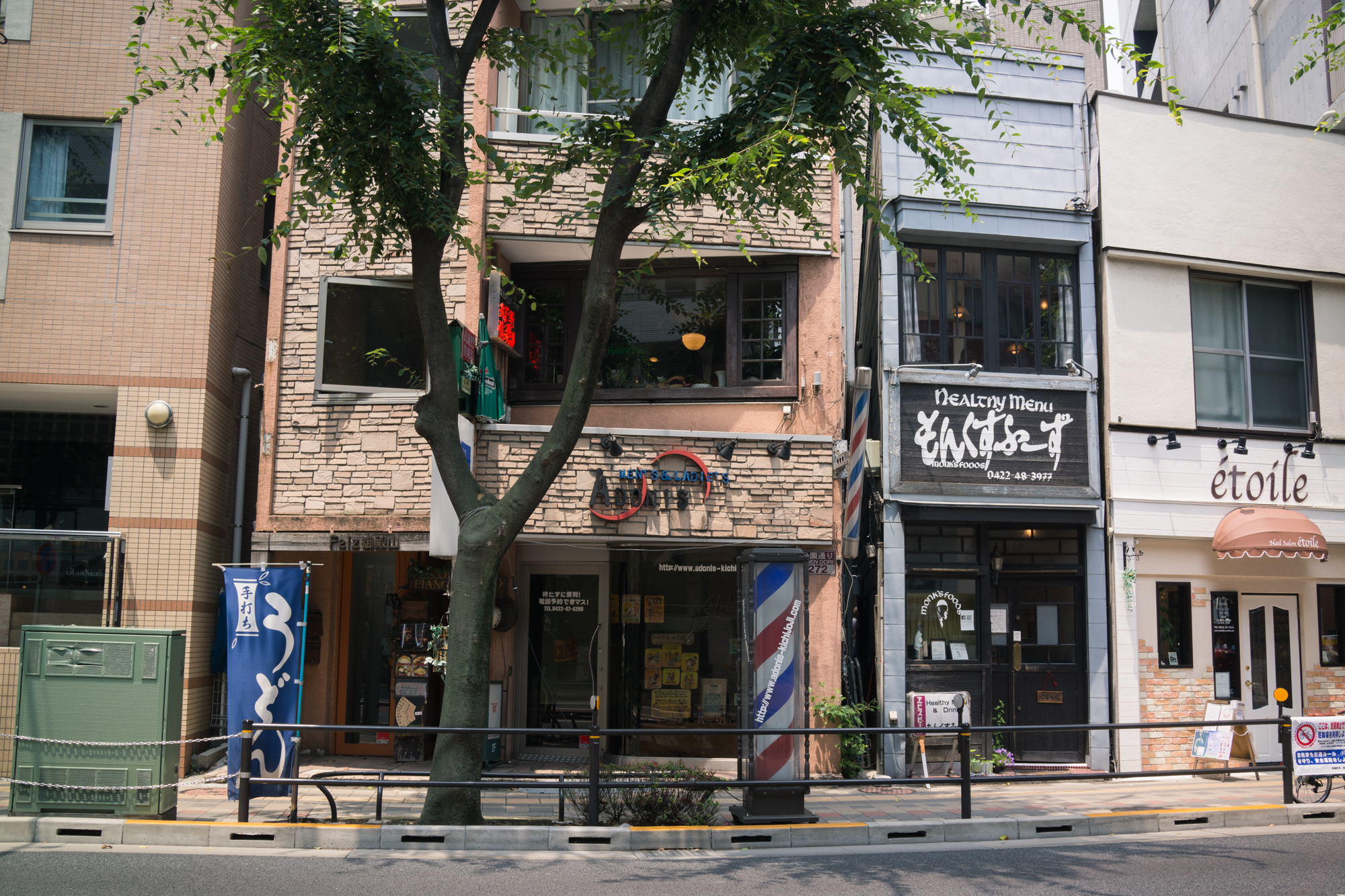 The Ghibli Museum is located just outside of central Tokyo, in the sleepy suburb of Mitaka. The neighborhood functions at a much slower pace than places like Shinjuku and Shibuya. It feels very Japanese in a way that downtown sometimes does not. Mitaka at first seems like an odd home for such a popular tourist attraction, until you discover that the large majority of Japan’s animation industry is centered here. 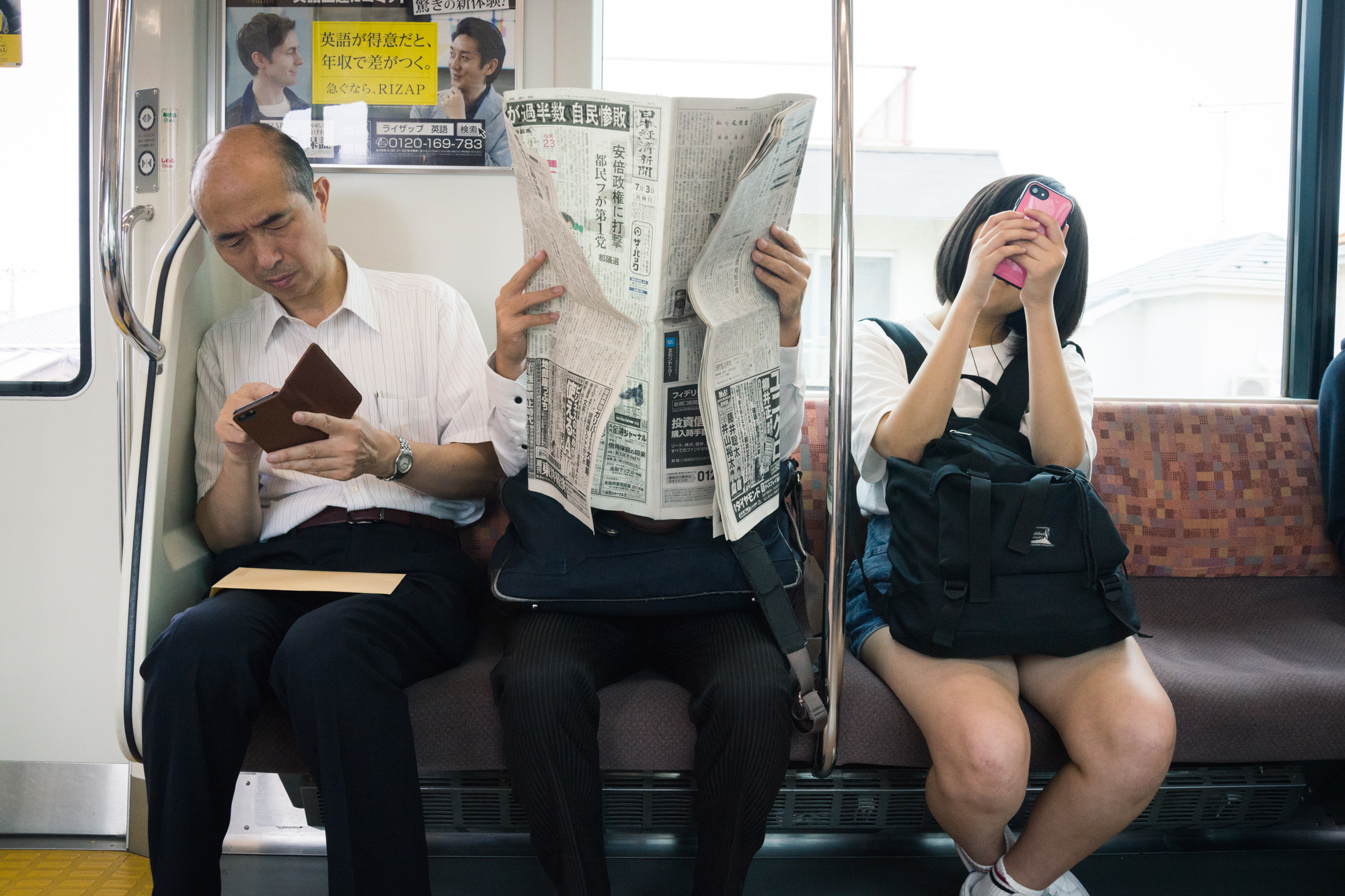 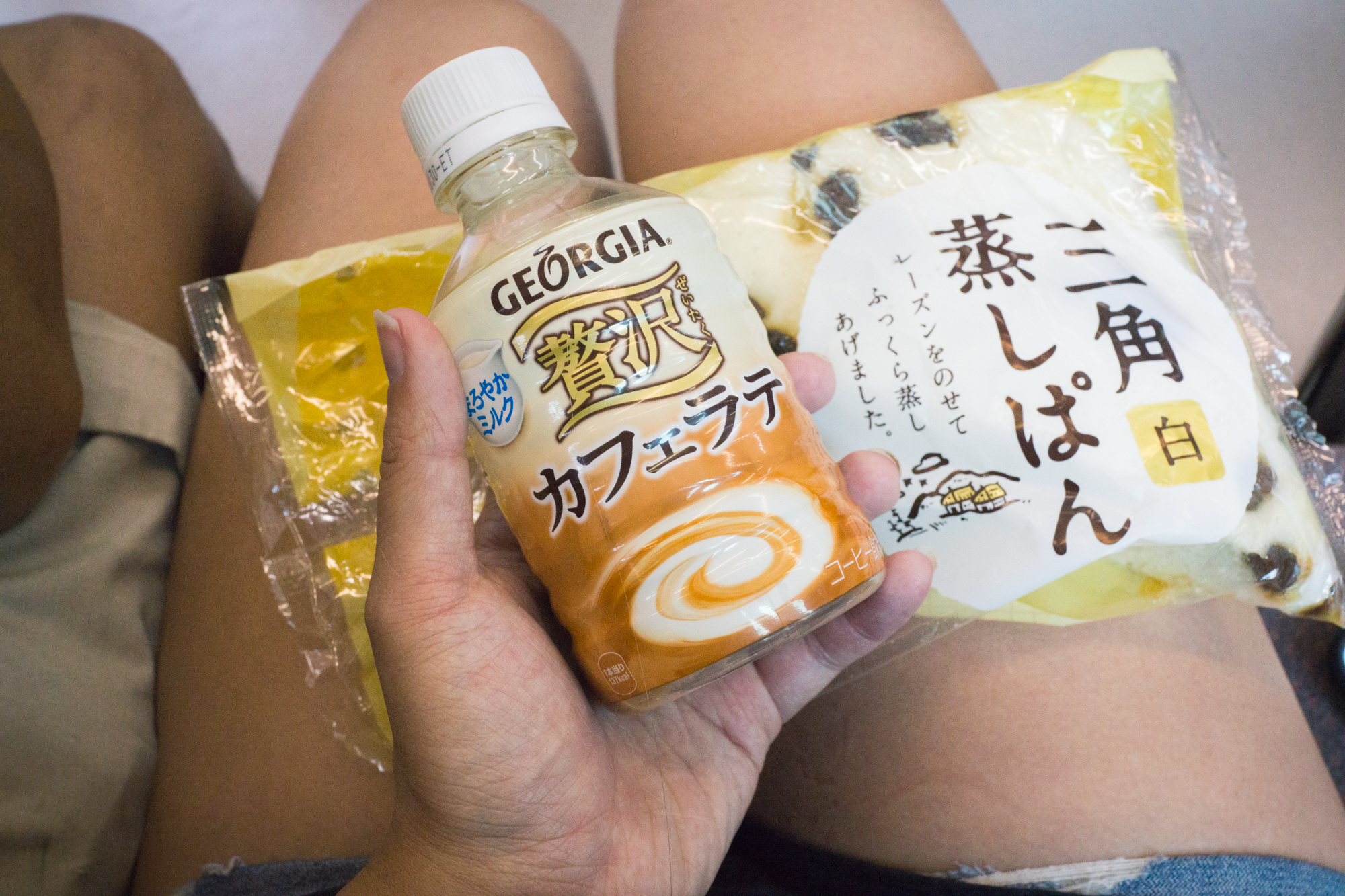 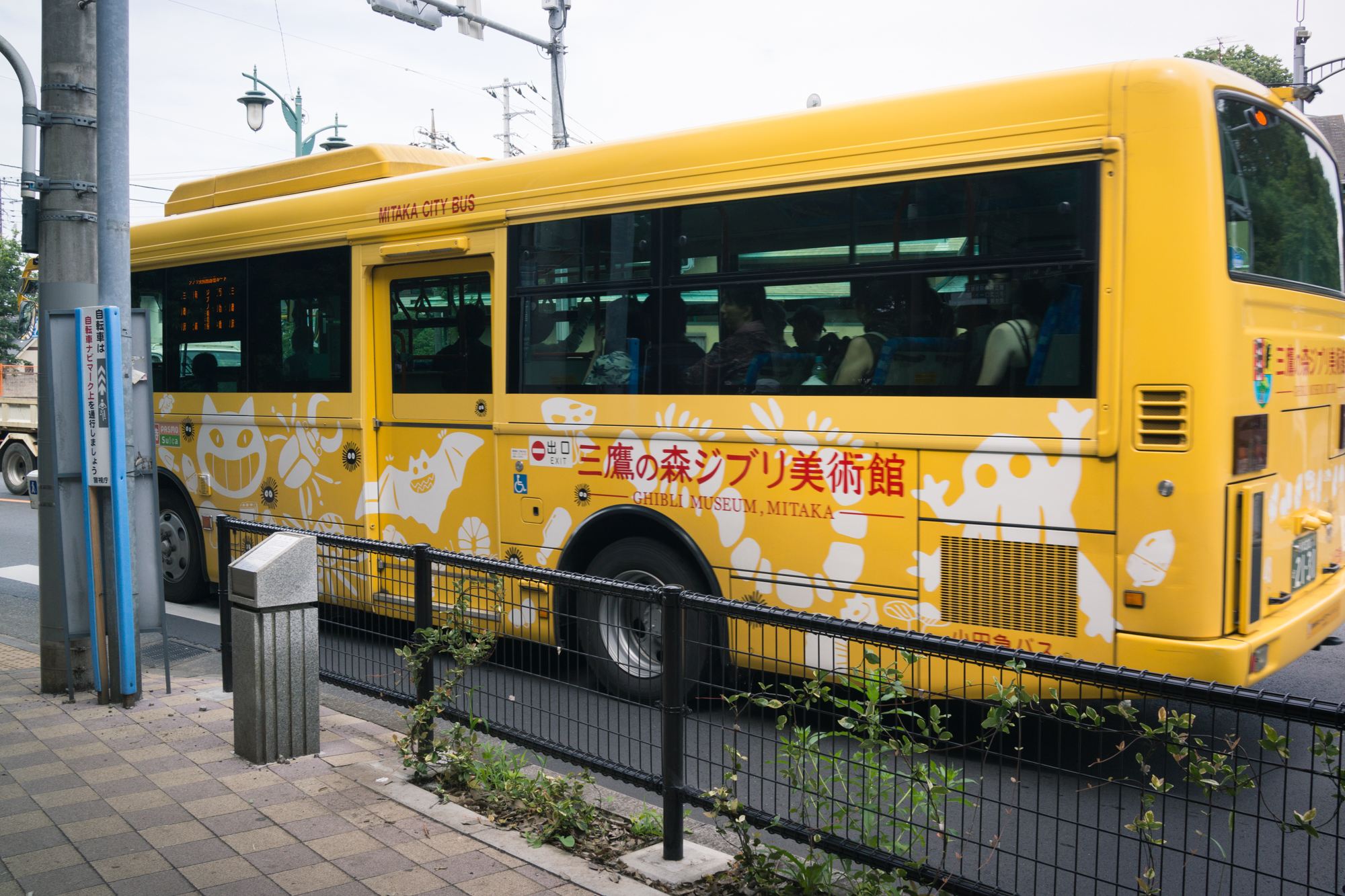 We took the JR Chuo Line out west and arrived at Mitaka Station around 9:30 am. After a twenty-minute stroll along the border of Inokashira Park, we reached our destination. The Ghibli Museum, in true Miyazaki spirit, was nestled among groves of trees and parked far behind the main street. An enormous Totoro doll, staffed behind a reception desk, greeted us as we joined the queue of people waiting to enter. The exterior was painted in colorful pastels and little Porco Rosso pig figures bordered the path inside. 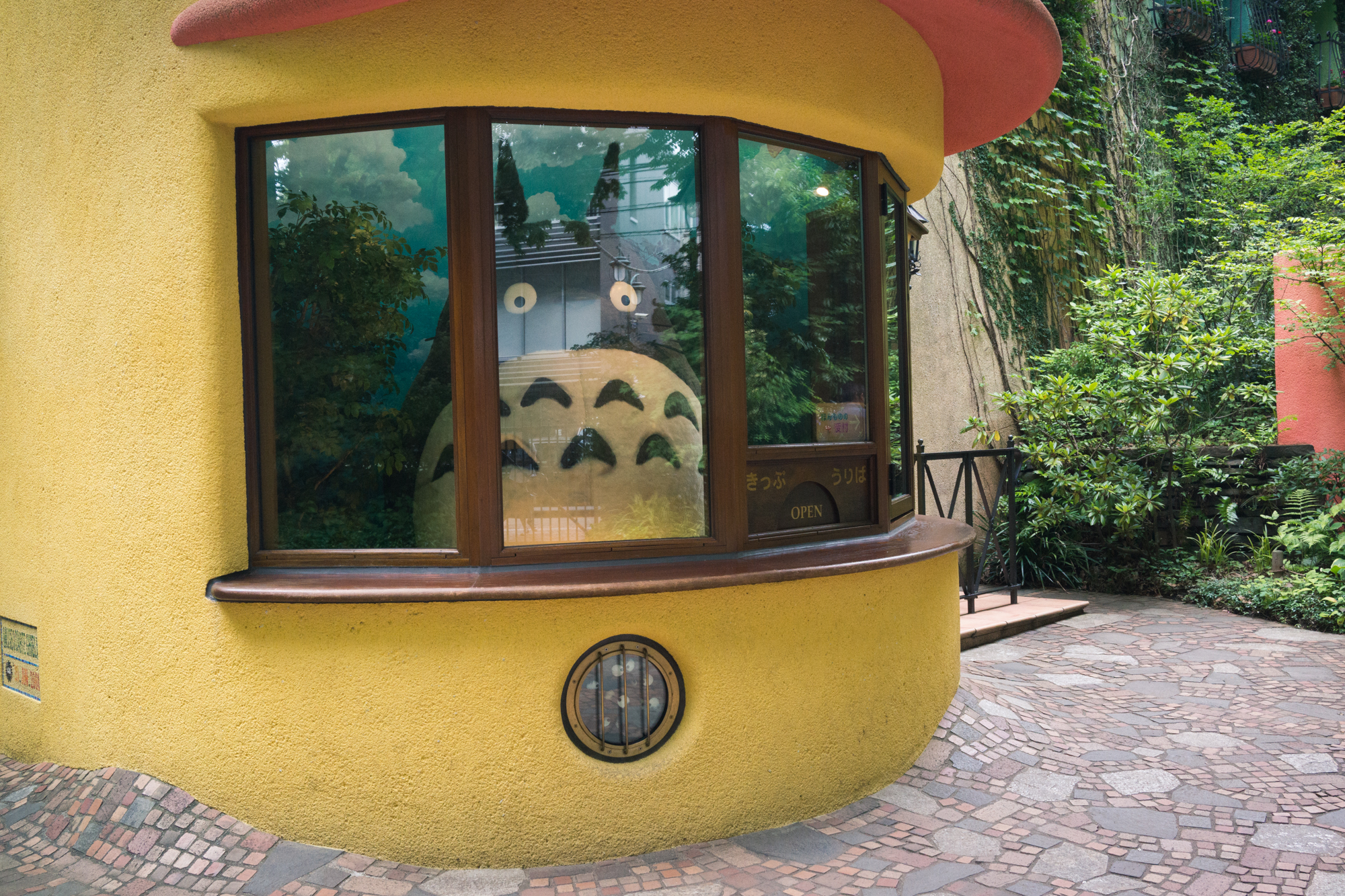 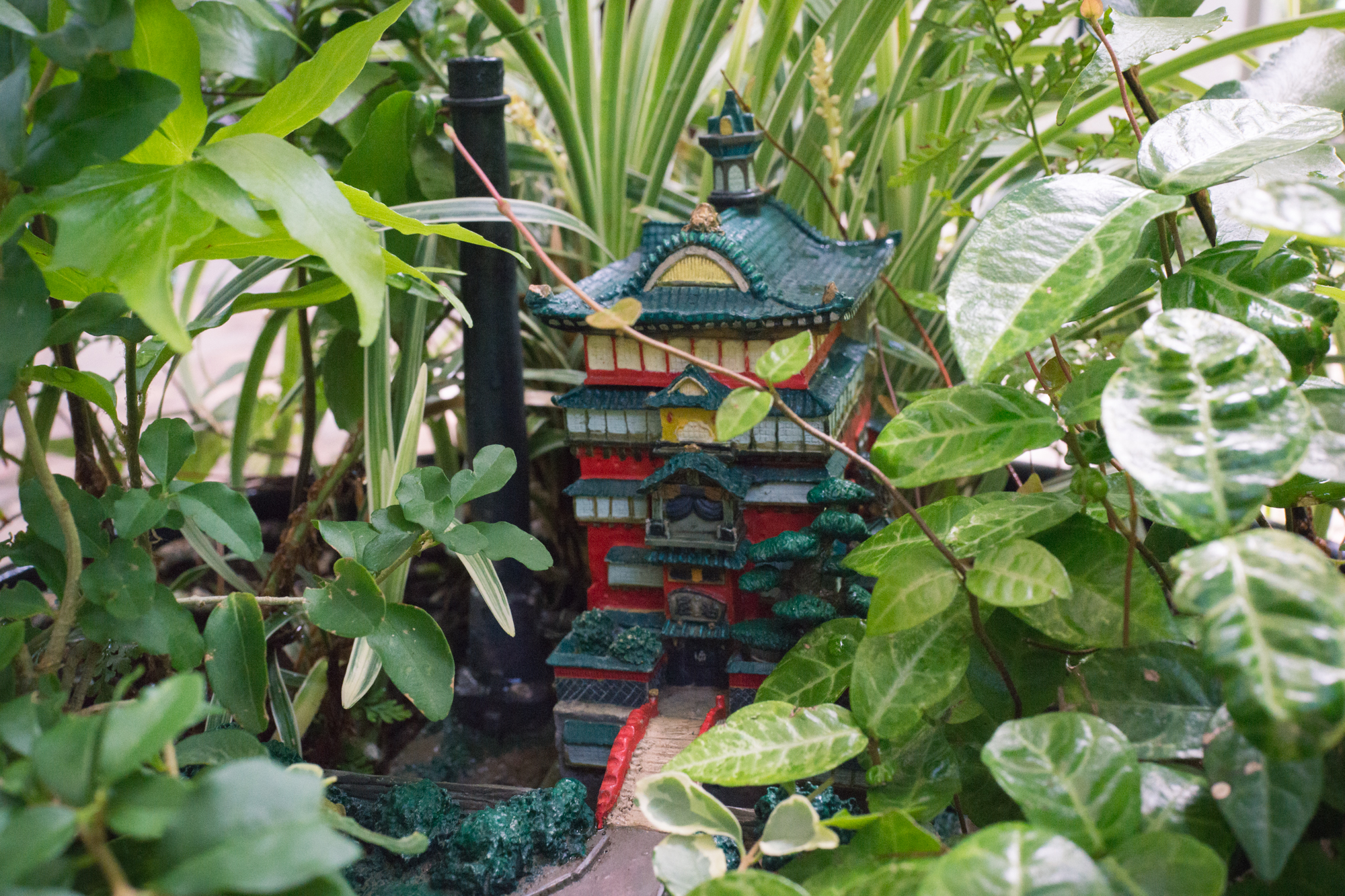 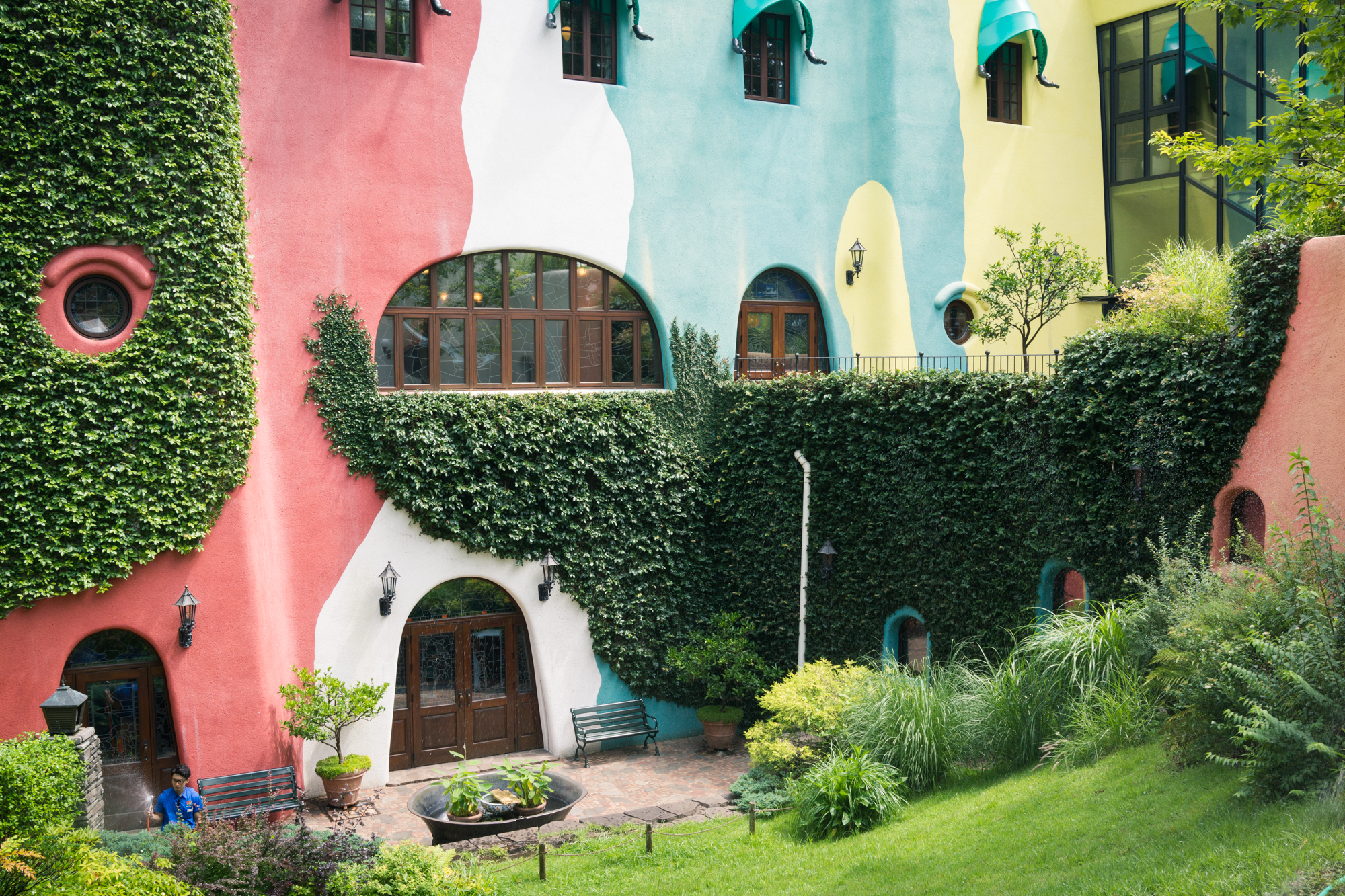 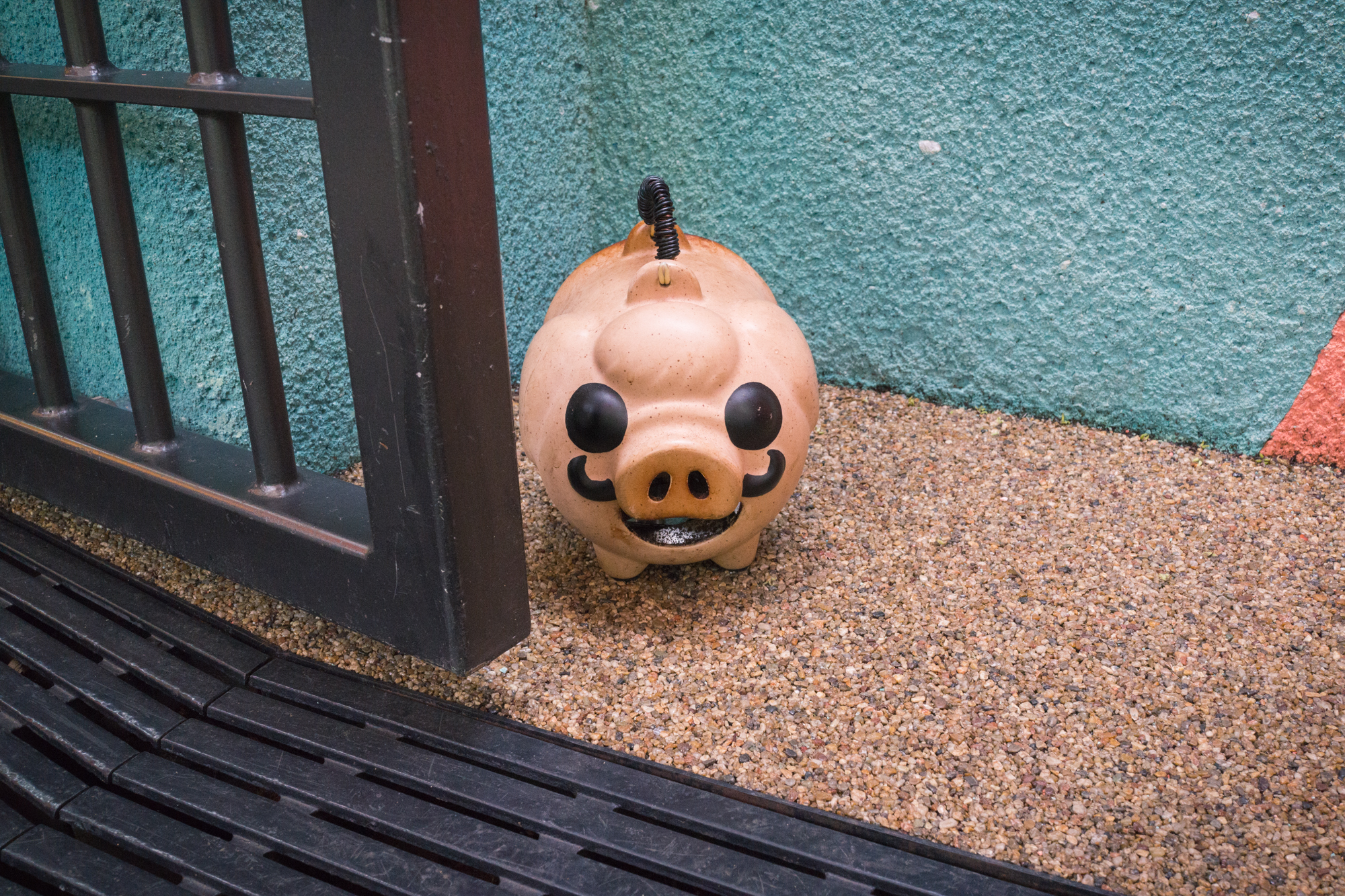 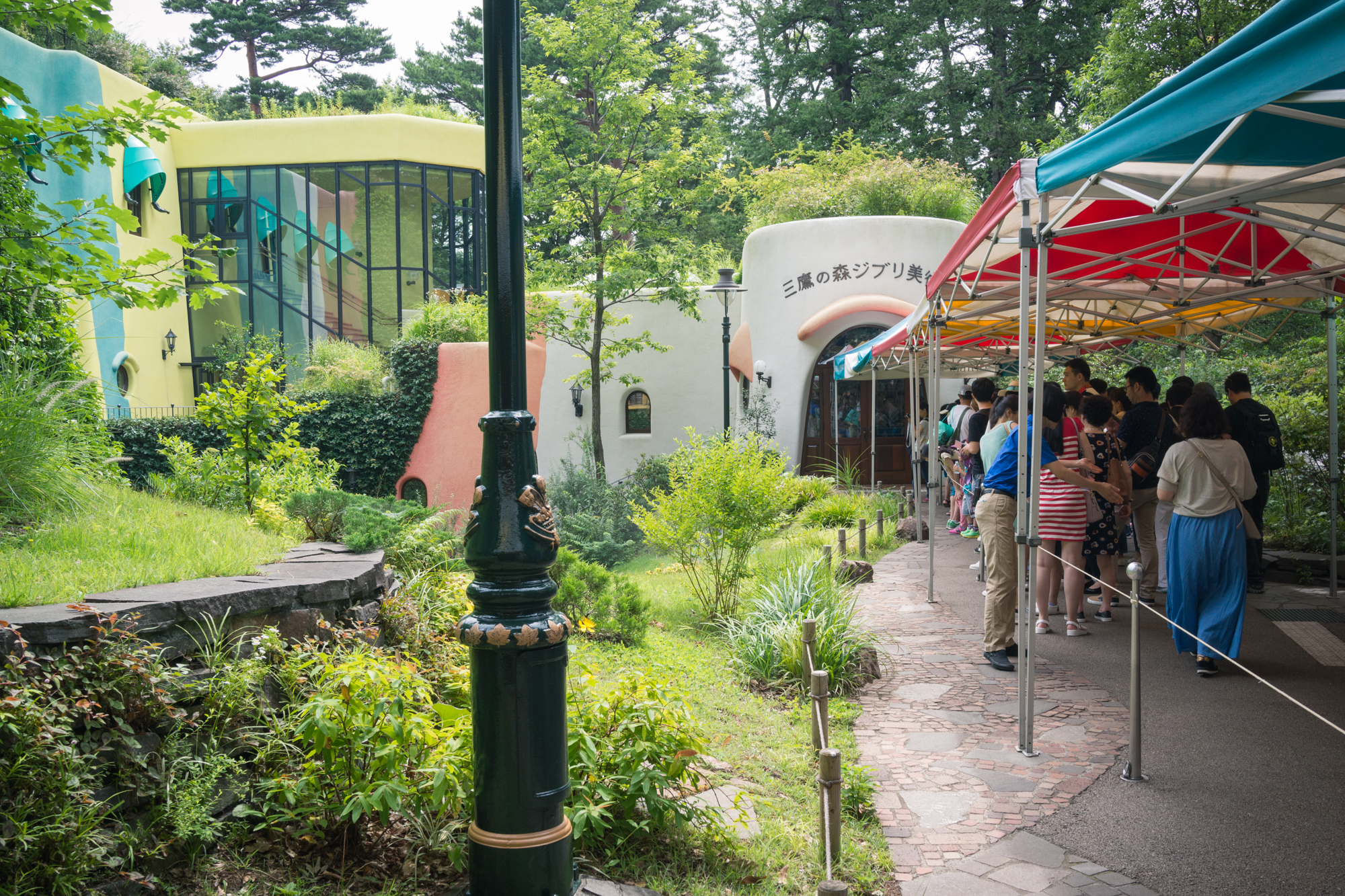 The interior of the museum was bright and airy, with towering beams soaring above us and folding into an open, multi-story structure. Intricate and colorful mosaics depicting scenes from different movies decorated the windows. It reminded me a bit of both Disneyland and Park Güell. You’re not allowed to take photos inside, but because I’m a terrible person with an ill-functioning moral compass, I snuck a few in. I’ve always held the personal belief that the memories forgotten are as good as ones that never happened, and I wasn’t about to let my one visit to Ghibli slip away. 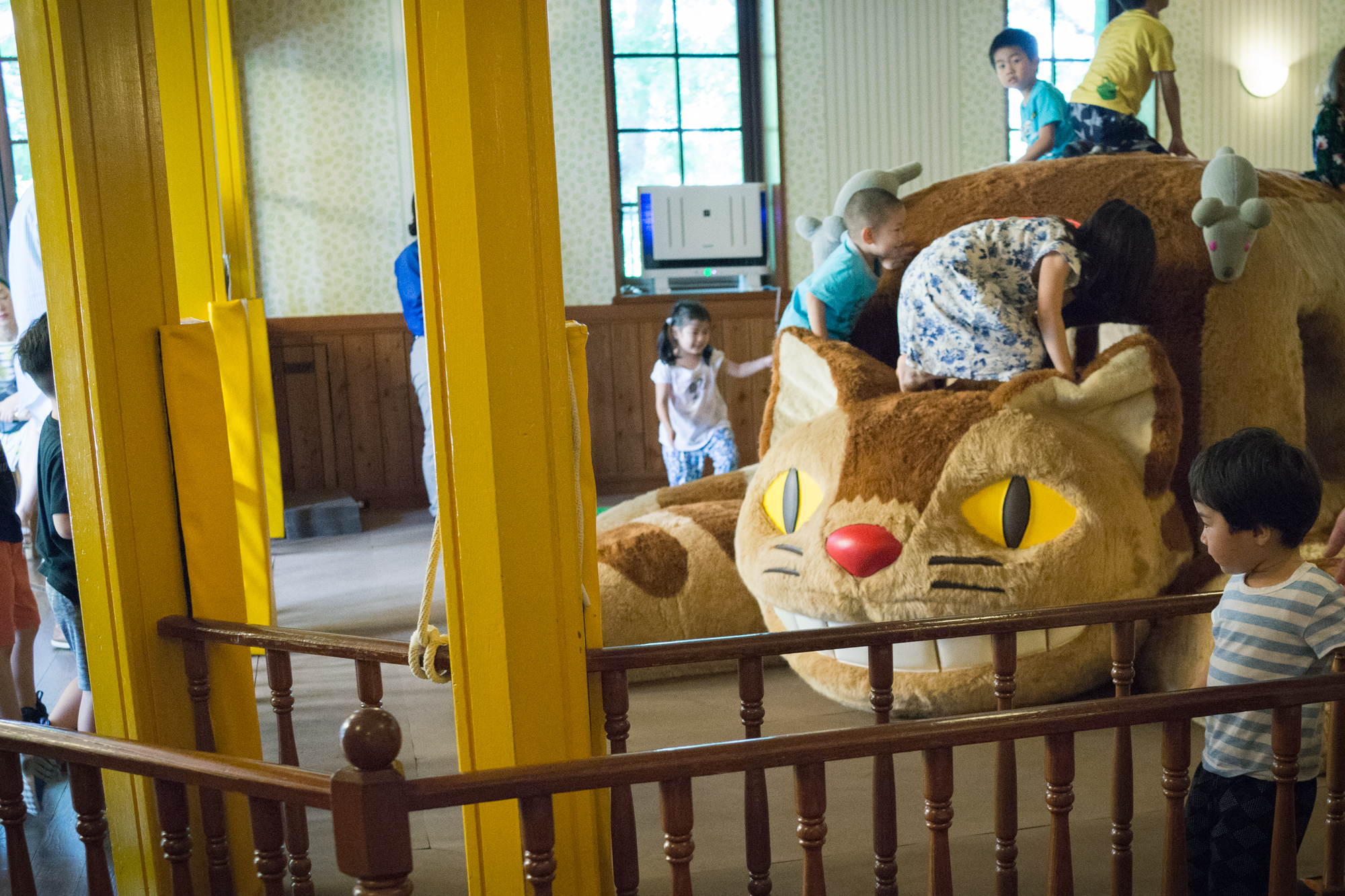 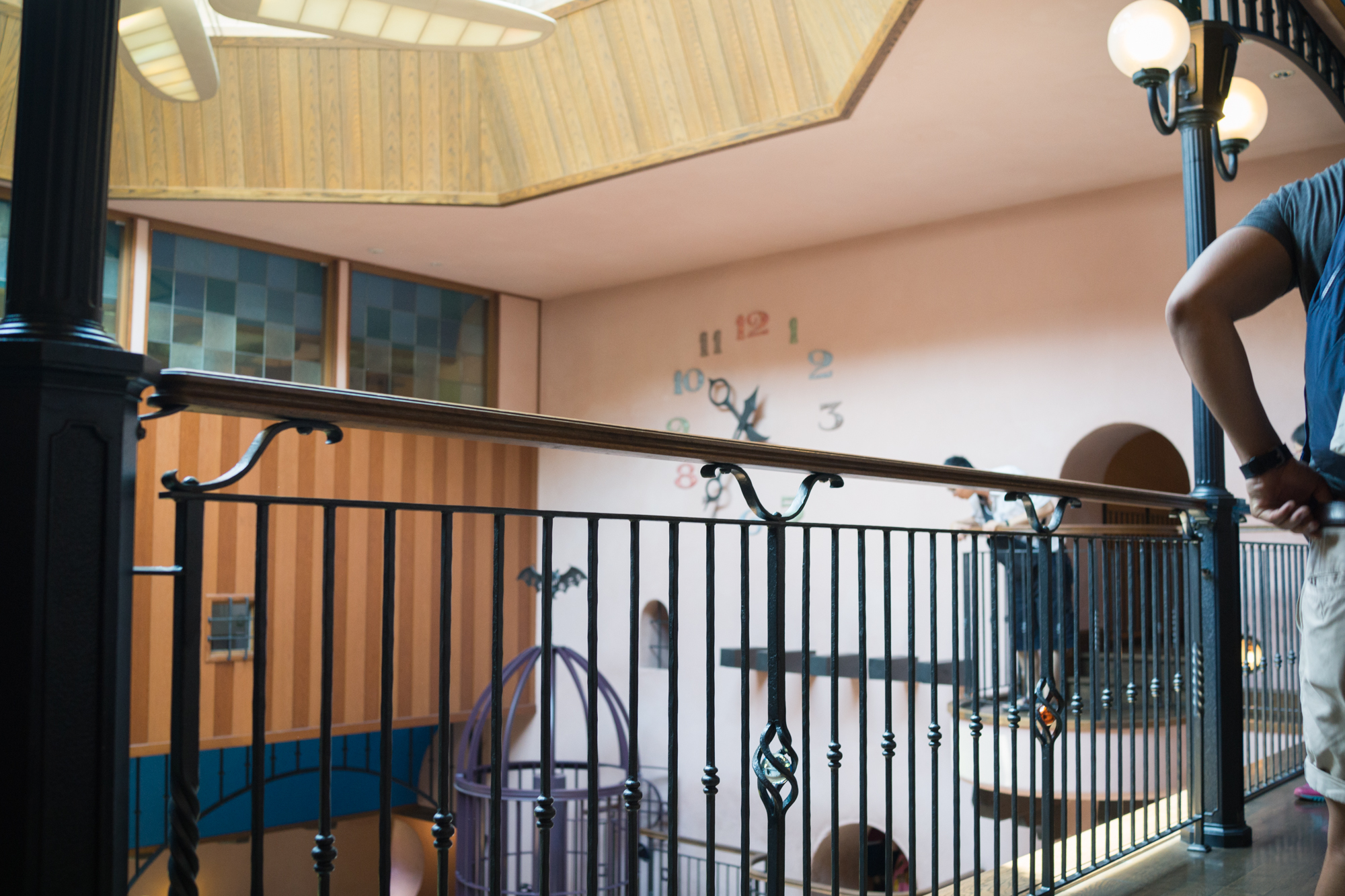 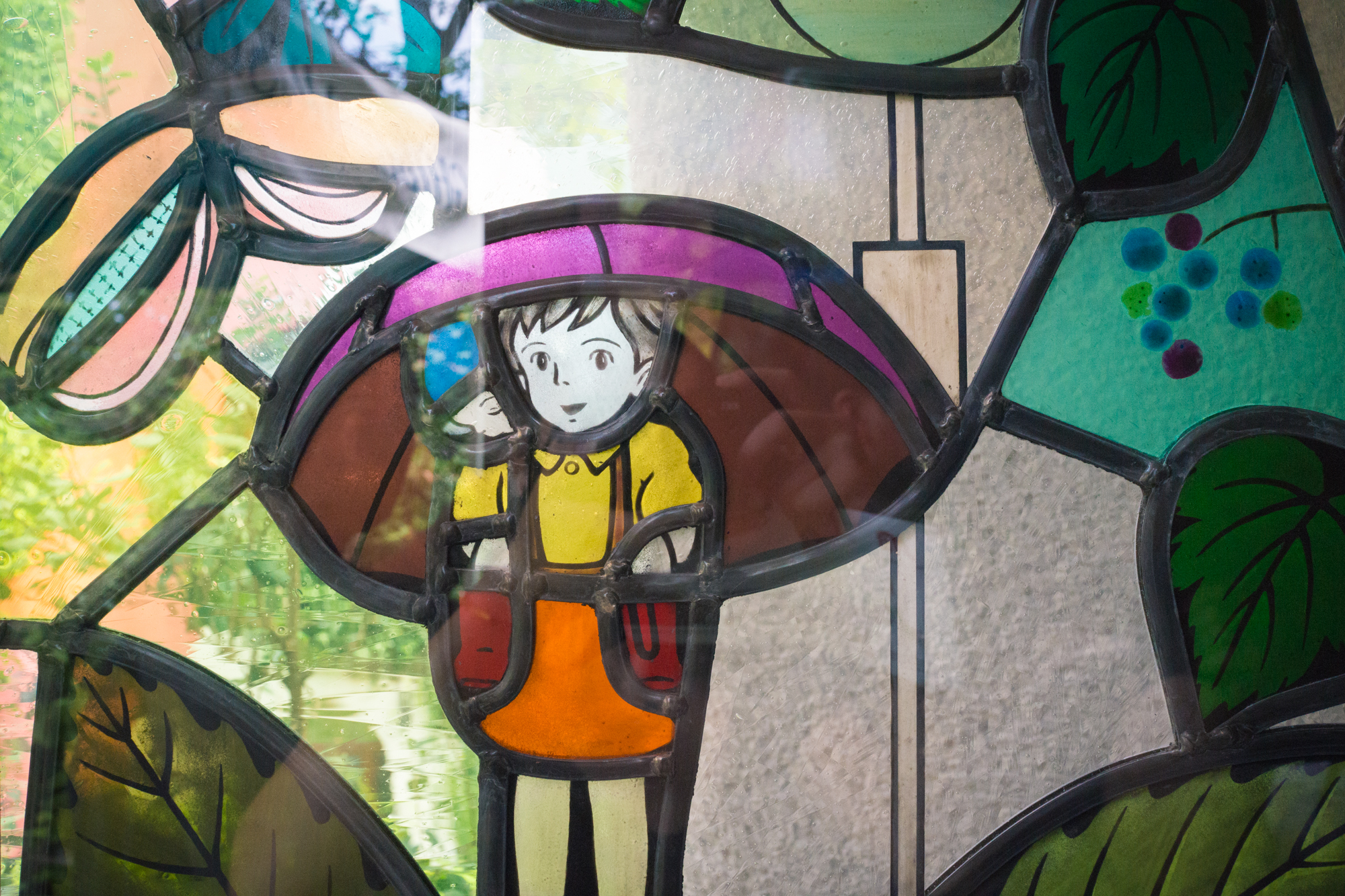 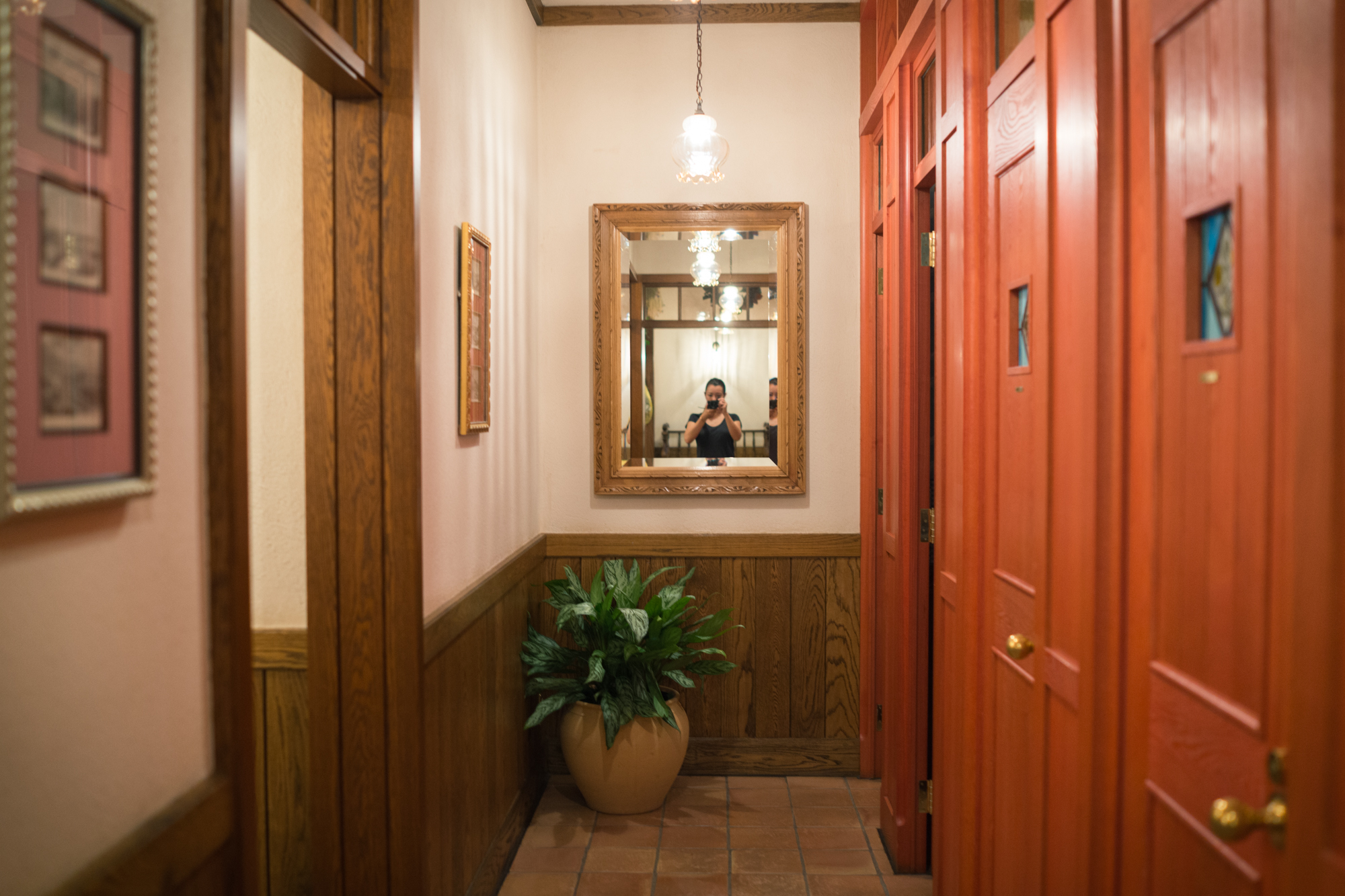 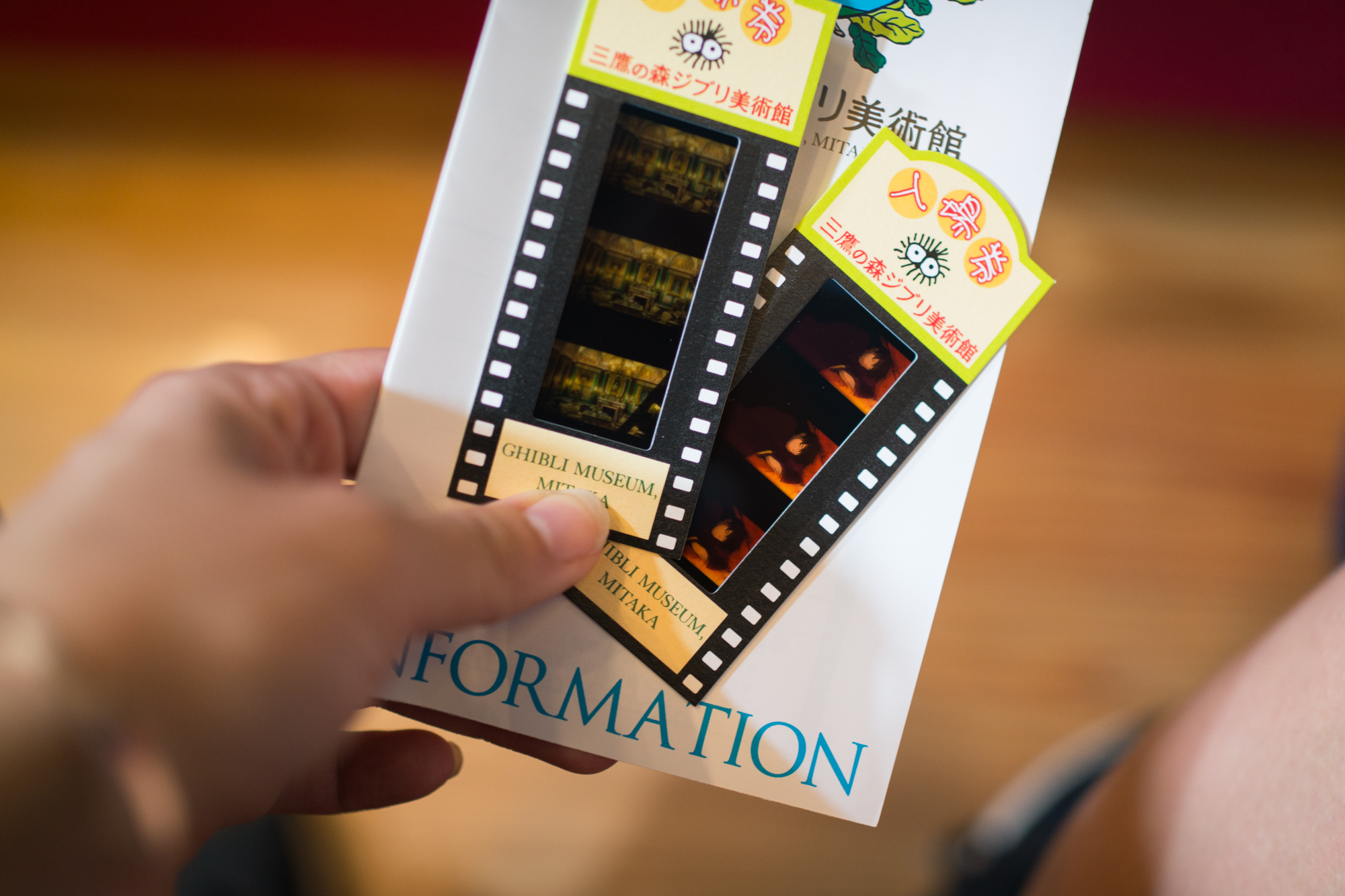 We were given two film negatives that served as our entry tickets for the exclusive Ghibli short that visitors were invited to watch. The whole experience was quite charming. We were ushered into a small theater, whimsically ornate and surprisingly intimate, and turned forward as the lights dimmed around us. There were certain scenes in the film where the characters spoke in Japanese, but the majority of the story was told through action and scenery. So if you’re planning a trip, don’t worry about missing out on essential plot points if your Japanese is limited.

After the film, we were left to explore the building at our leisure. We started with a permanent exhibition on the first floor, which demonstrated the history of animation. One of the cornerstones of this room was the 3D zoetrope depicting characters from My Neighbor Totoro (if you’ve ever been to Disney’s California Adventure, you’re probably familiar with the Toy Story version). There were also several animation reels you could wind and view on your own.

The next permanent exhibition, “Where a Film is Born”, was located on the second floor and ended up being my favorite of the morning. Throughout five rooms we were introduced to the various stages of the creative process. The highlight of the exhibit was a replica of Miyazaki’s office. The detail and craftsmanship put into it were incredible. Two desks sat on opposite walls, covered in creative materials and knick-knacks, everything from scale models of planes to Nutcracker dolls to wooden hammers to giant feathers. A breakfast tray with a shiny green apple, loaf of baguette, and cup of tea lay untouched next to his chair. Propaganda posters from Porco Ross lined the doorway. Hundreds of pencil nubs lay piled in a glass jar. The walls were covered from ceiling to floor with pencil sketches and watercolor scenes from various films. It was literally jaw-dropping. 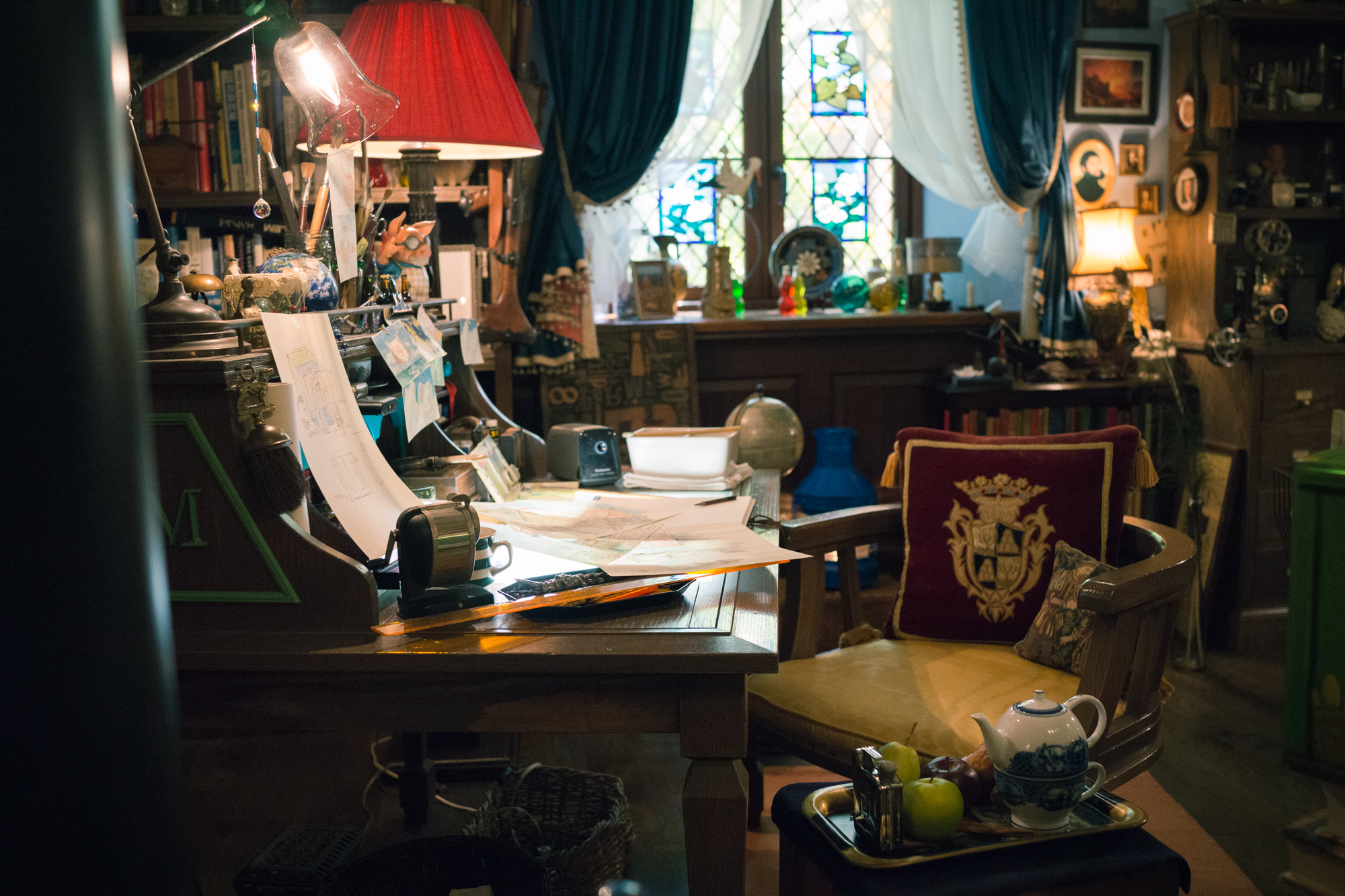 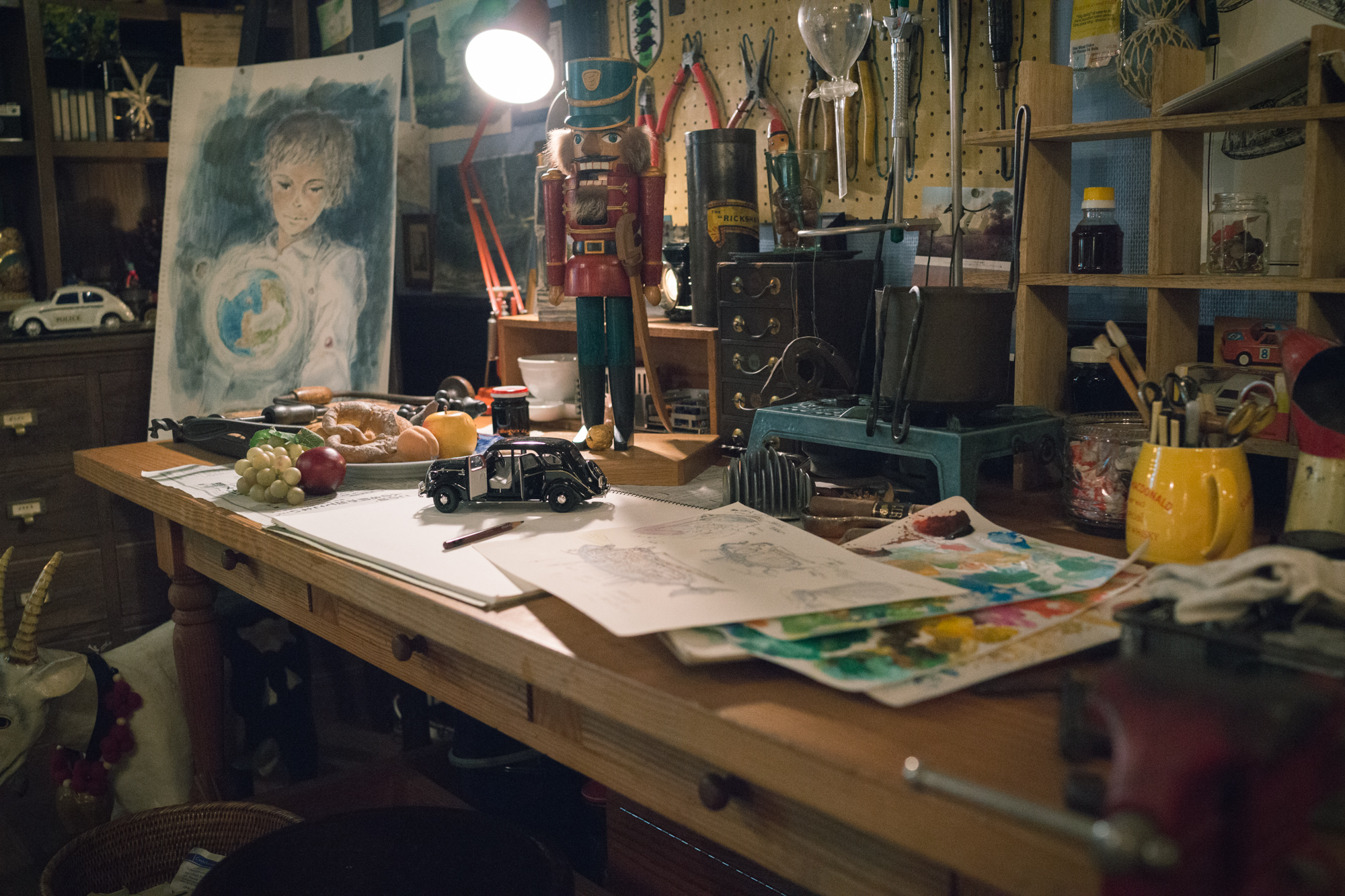 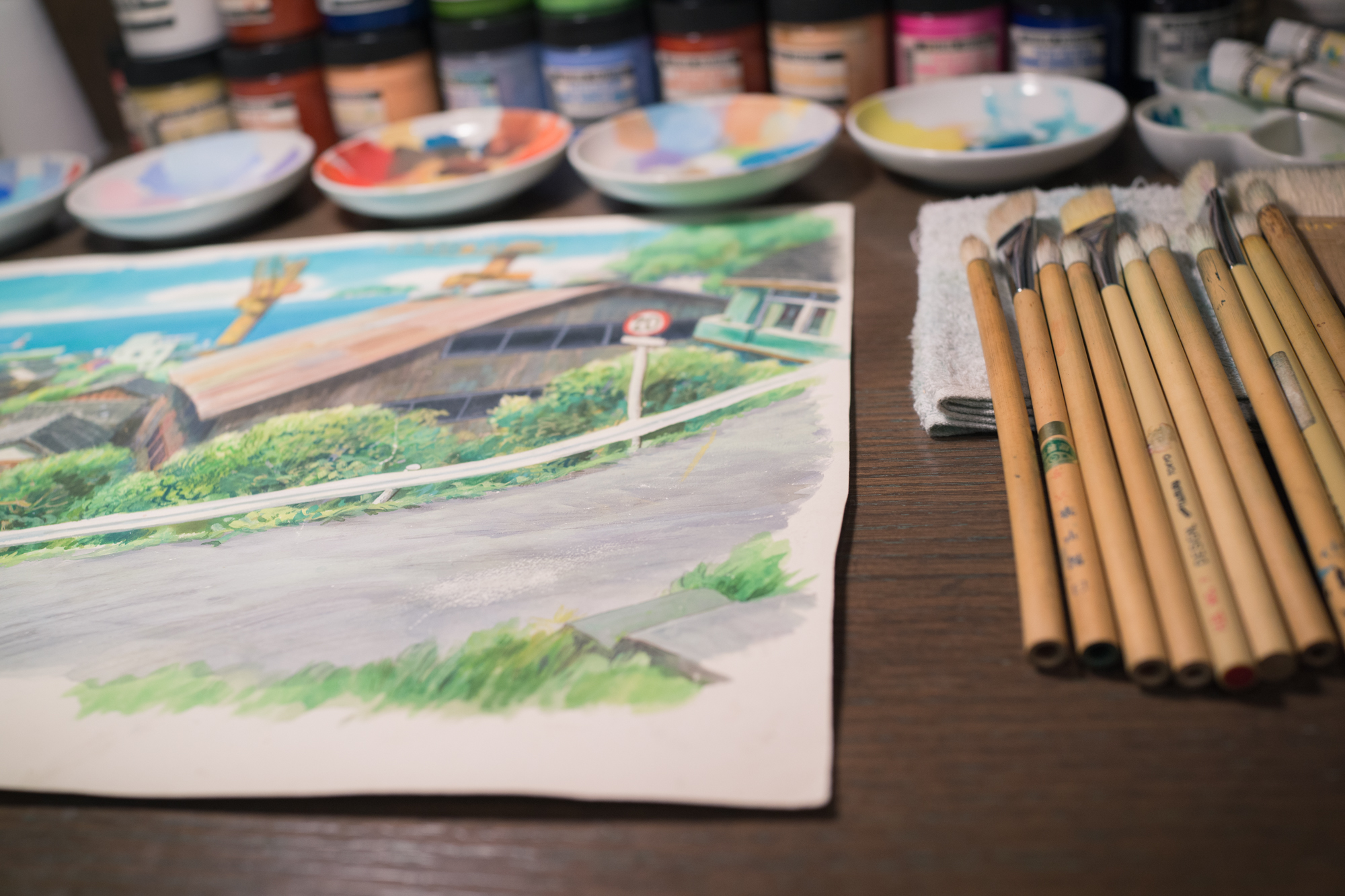 The most interesting part was the endless stacks of reference books crowding the corners in the next room. Books on amethyst crystals, cloud patterns, snowflake symmetry, and classical figure painting. Dozens of gardening books. A box filled with various rocks and minerals. In the third room, there were completed paintings, illustrated in bright gouache and surrounded by pots of Nicker poster color. A full reference chart cataloged hundreds of paint bottles. A Scotland scenery book lay open on a desk. A box of old French Sennelier pastels leaned lazily against the wall. It’s crazy to think about how much effort goes into a single film, or even an individual frame. It really makes you appreciate the artistry behind it all.

At the end of the exhibit was a small library of original storyboard collections. You could flip through each one, watching each movie in hurried, frame-by-frame sketches.

Hidden outside of the museum on the rooftop was a secret garden dedicated to Castle in the Sky. A life-size replica of one of the robot guardians from the movie hovered over the garden, protecting it as it did Laputa, as well as a large replica of the keystone that kept the floating city aloft. We were thankful that this was one of the few areas of the museum where we were openly allowed to take pictures, because the view was stunning. The architects of the museum had a clear talent in manufacturing a particular mood and ambiance for its visitors. 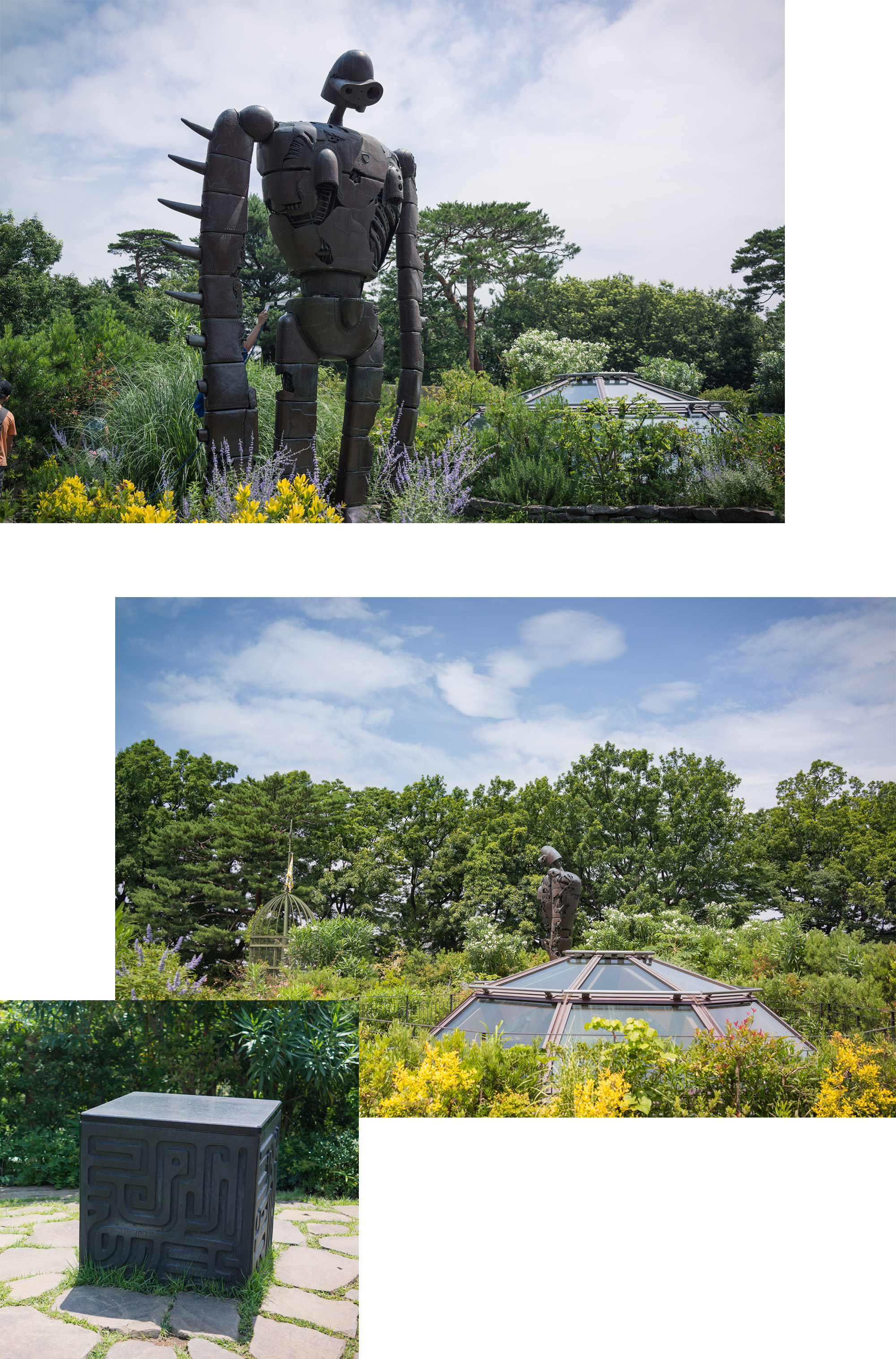 Back inside, we explored the illustration book store, which was a type of museum gift shop. It included a collection of Ghibli-themed art books and spin-off stories, all in Japanese. I understood little of what was going on in each one, but it was fun to flip through them and admire the artwork.

The Ghibli Museum also houses special, temporary exhibitions each year. The current theme, which will be up until March 2018, is food! My favorite subject. Food plays an incredibly important role in all Ghibli films, and the studio has a specific talent for making all of its edible delights look incredibly appetizing. The exhibit featured specific animation techniques used in various films’ meals, such as notes scribbled about how the pools of oil surrounding the bacon in Howl’s Moving Castle should be drawn to give it a proper “fried” look. There were also several other interactive rooms where you could literally walk through a full-scale model kitchen from the pirate ship in Castle in the Sky (bubbling pot of curry included) and Satsuki and Mei’s dining room in My Neighbor Totoro. 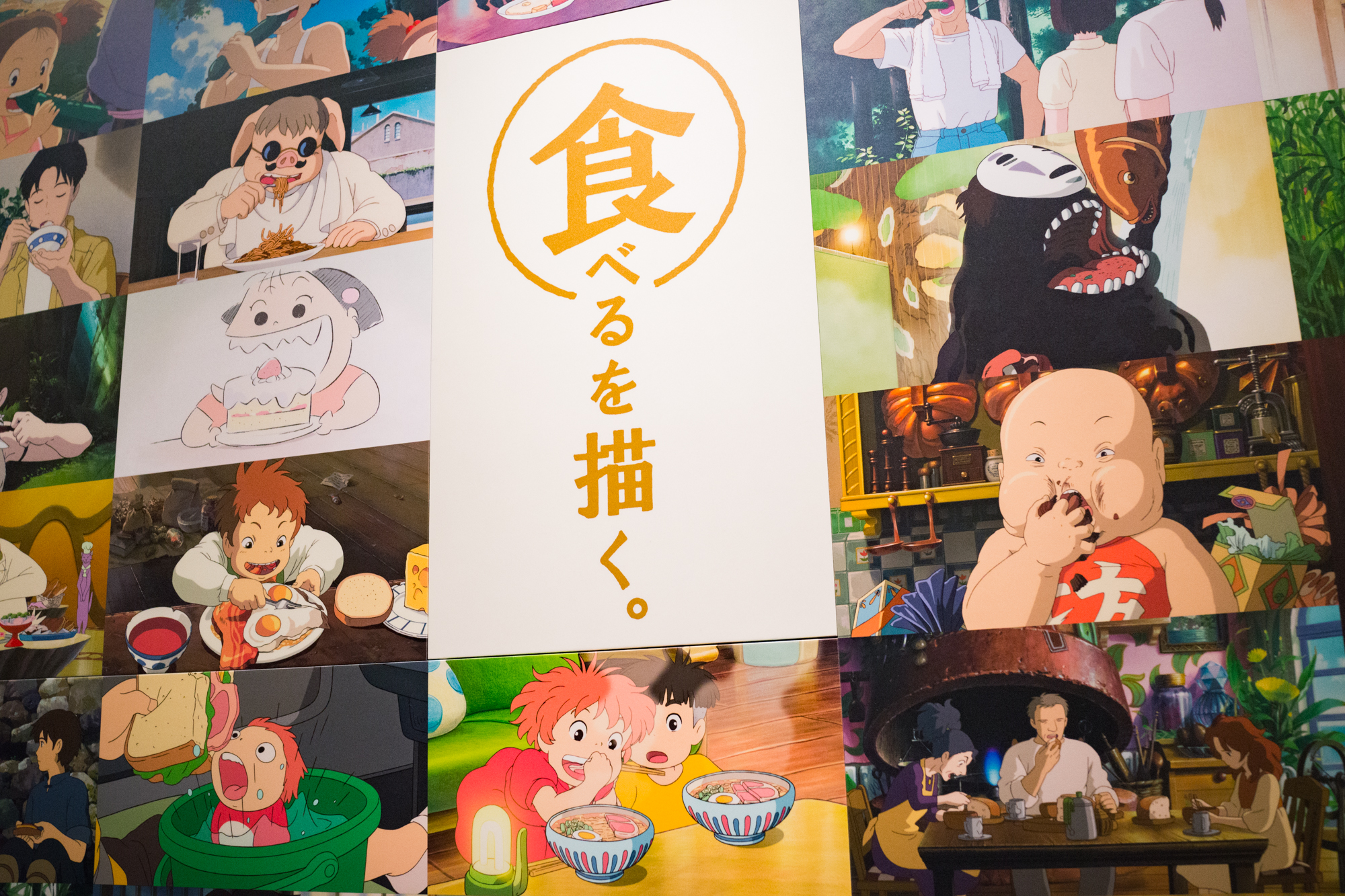 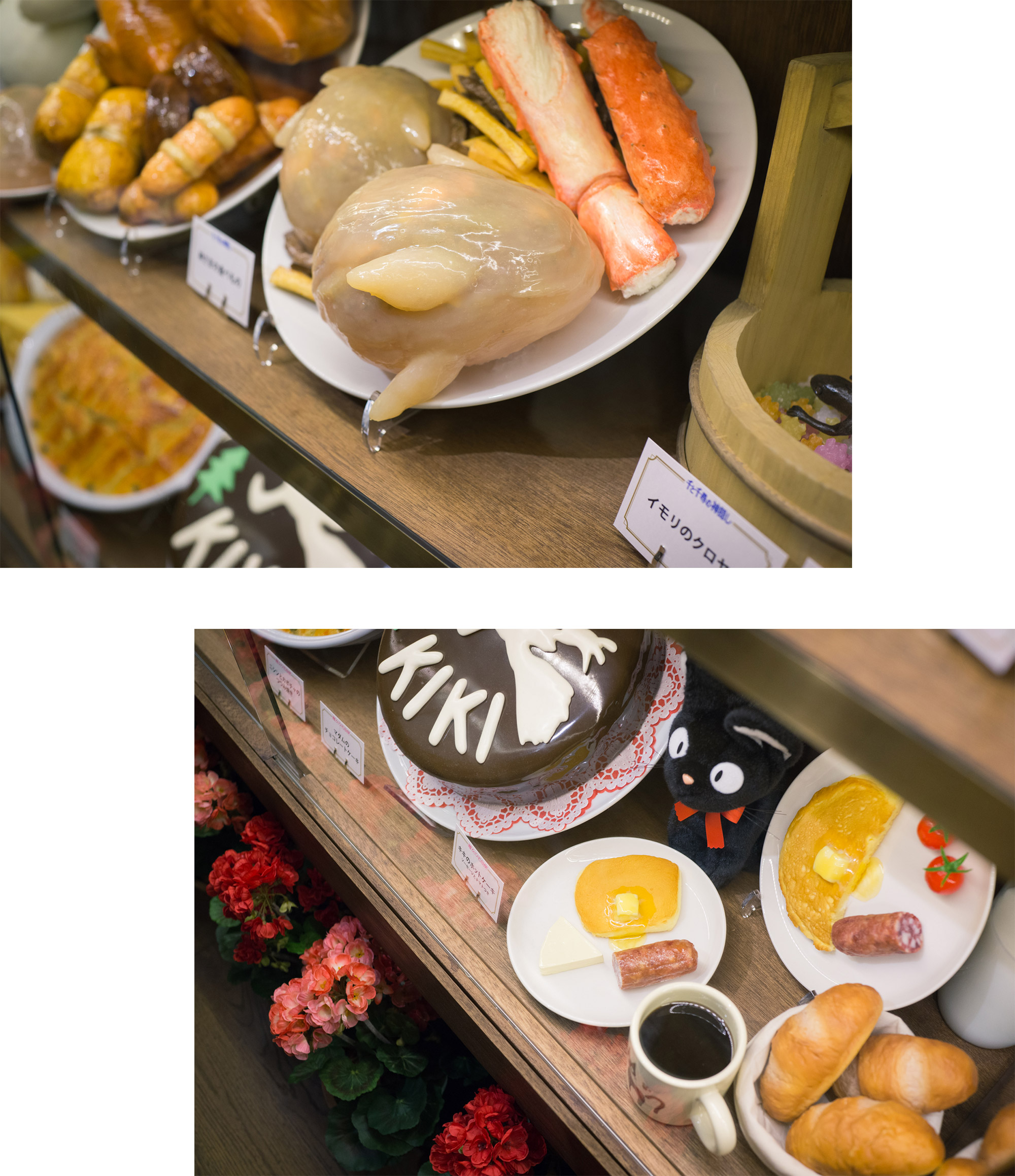 One of the walls at the end of the exhibit featured foods from the ghost world of Spirited Away. I noticed a picture of the plump, translucent dumplings that Chihiro’s dad eats at the beginning of the film. I’ve made it one of my missions in life to learn what dish this was (so I could eat it IRL, of course) and I couldn’t resist asking a staff member. He explained that the food actually didn’t exist in real life—it was an imaginary dumpling used to feed ghosts in the movie. Well, mystery solved.

We ended our visit with a trip to the gift shop. Everything was fairly pricey (albeit awesome), but I ended up going home with a little Jiji pin from Kiki’s Delivery Service.

There was a café outside serving up Ghibli themed treats, but when you’re traveling for a year you can’t afford to spend $10 on a hot dog, so we headed back to central Mitaka to fill up on some egg-and-beef bowls at Sukiya. 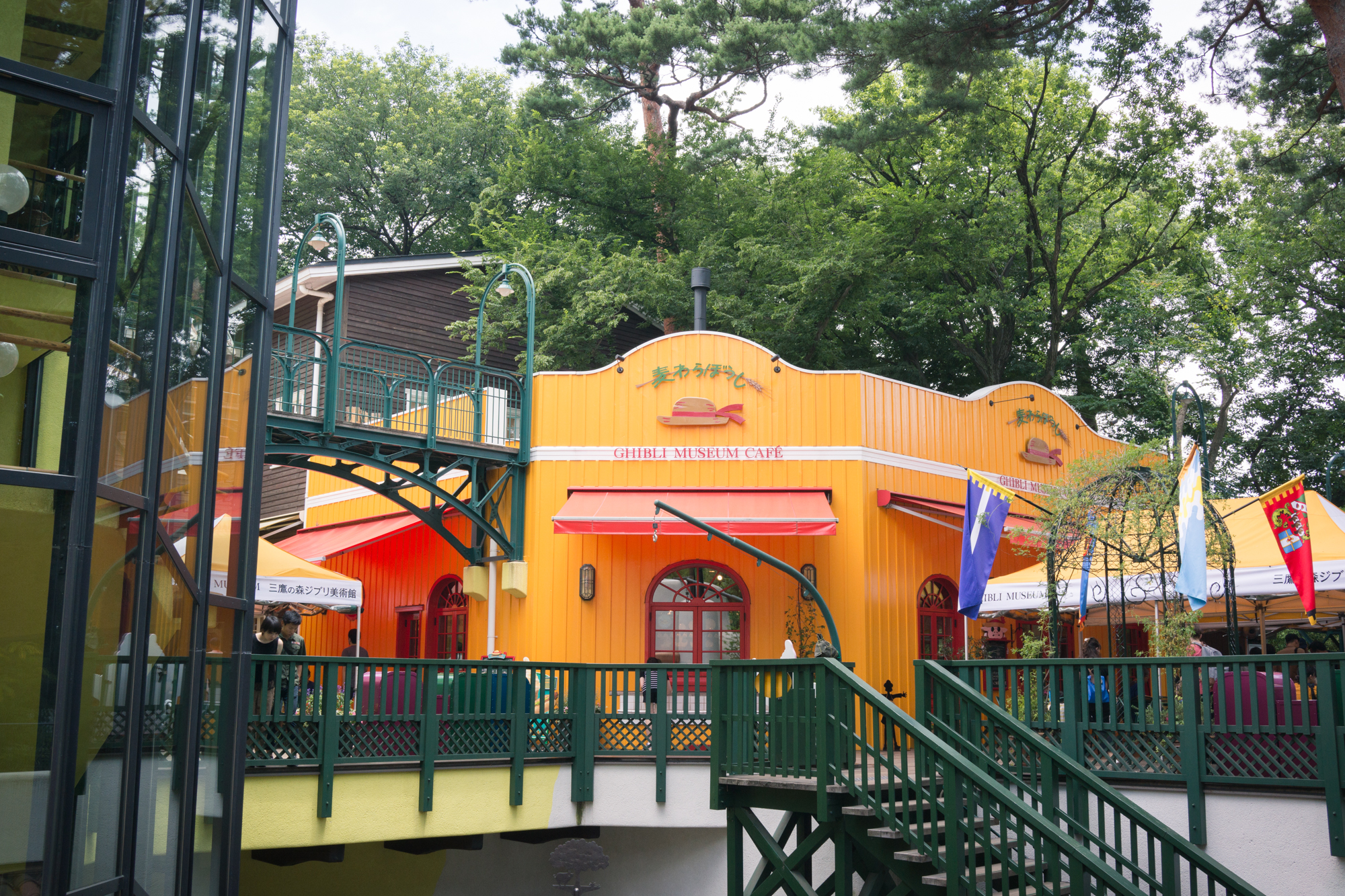 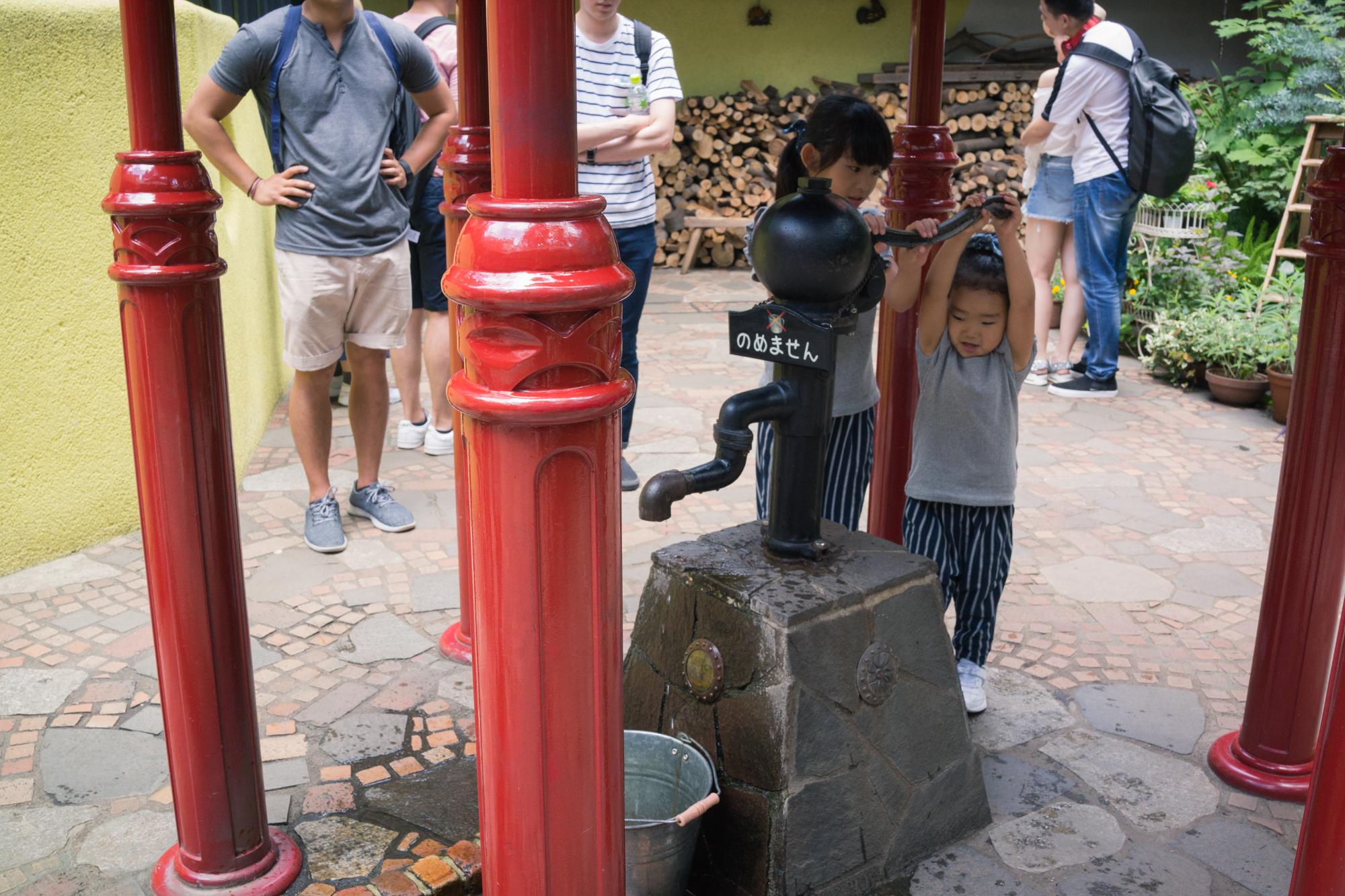 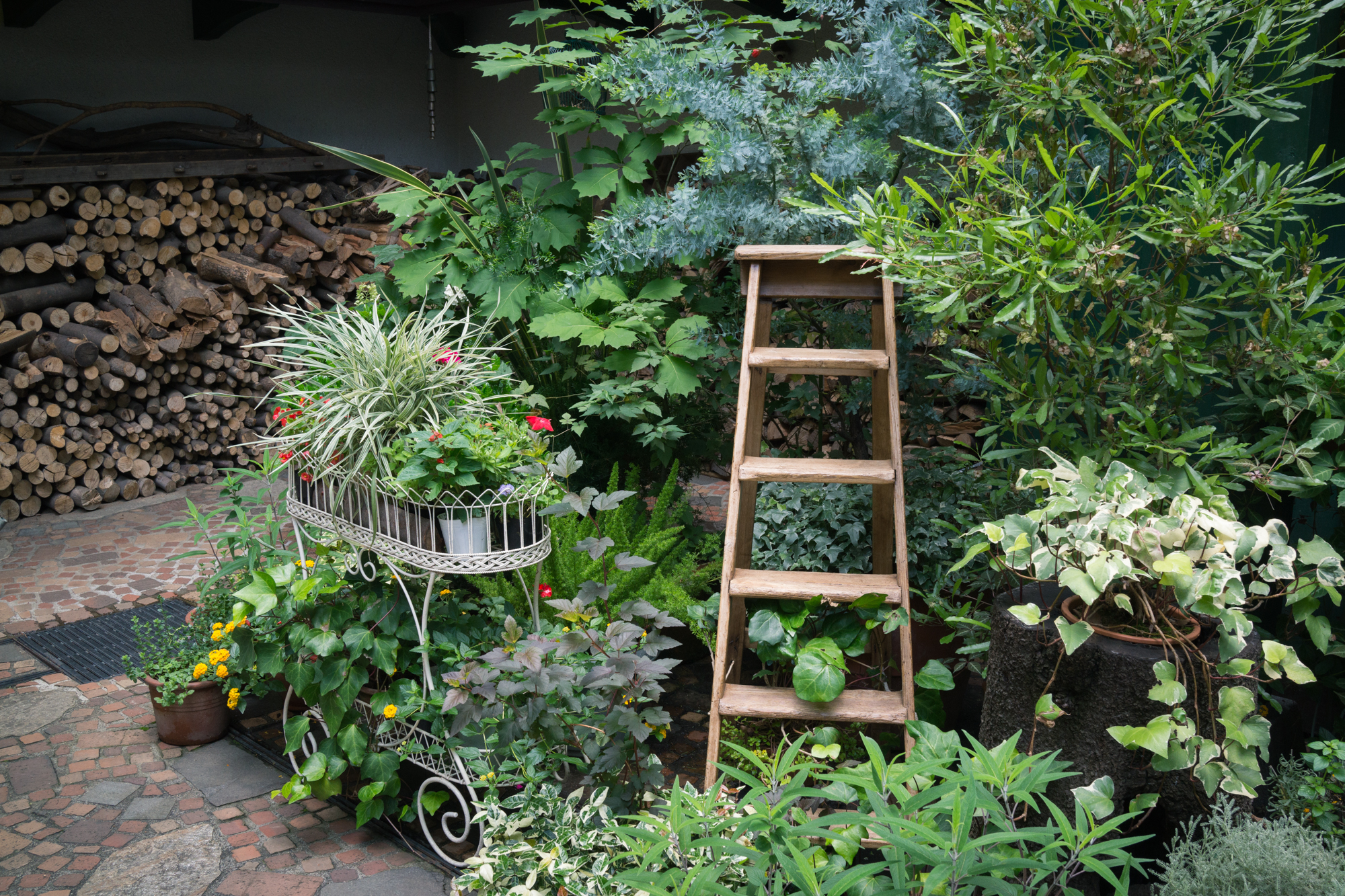 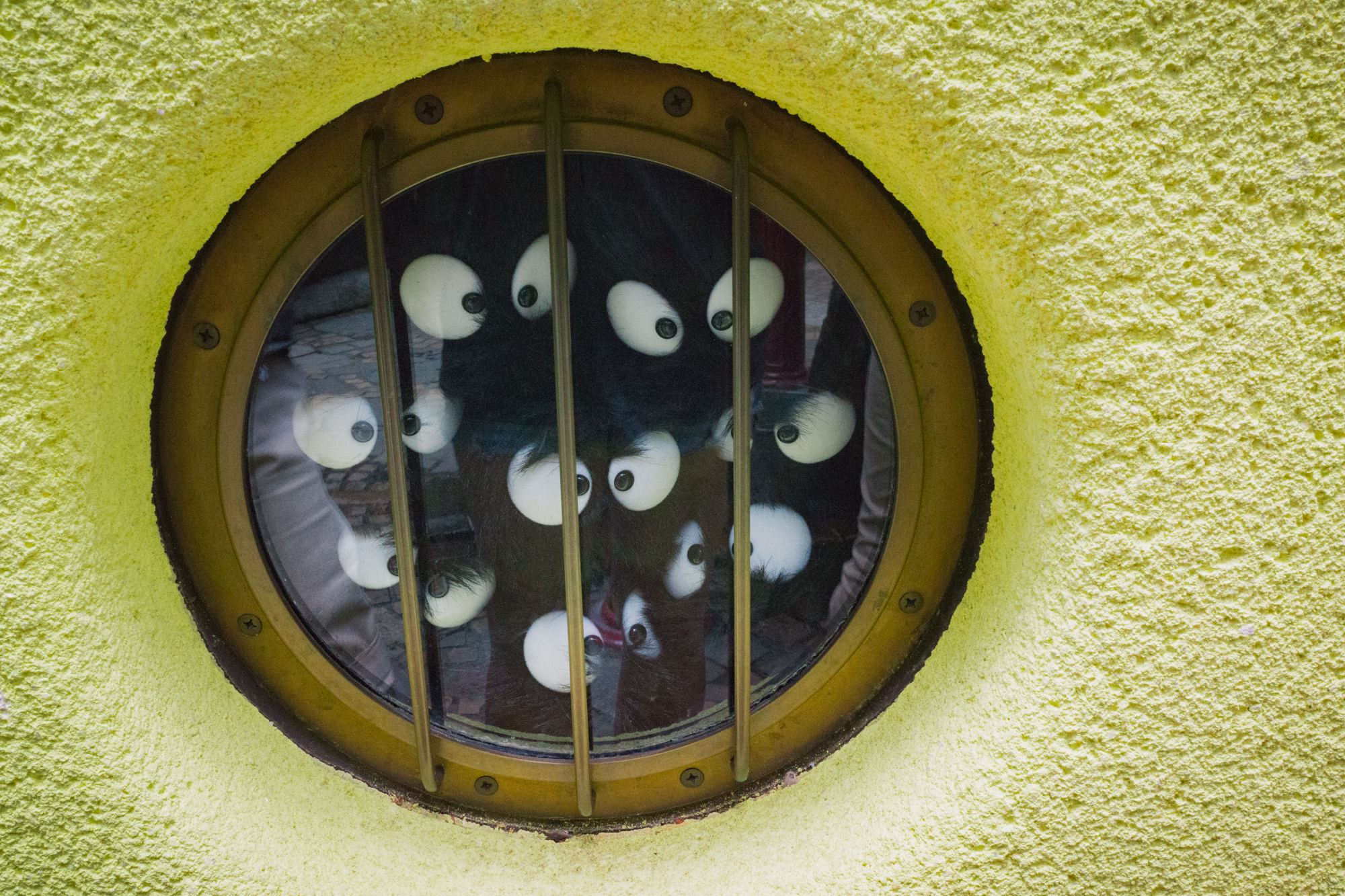 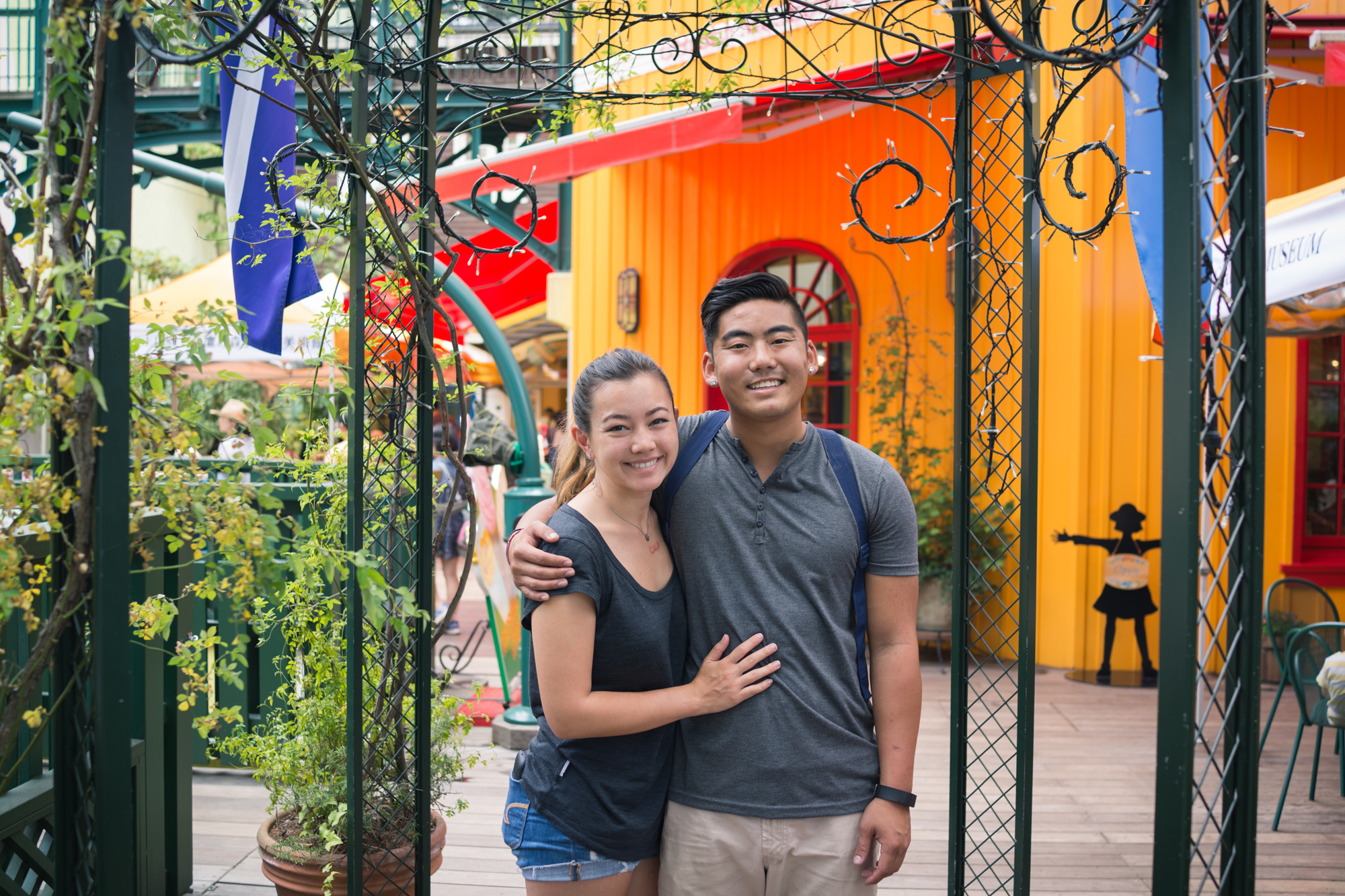 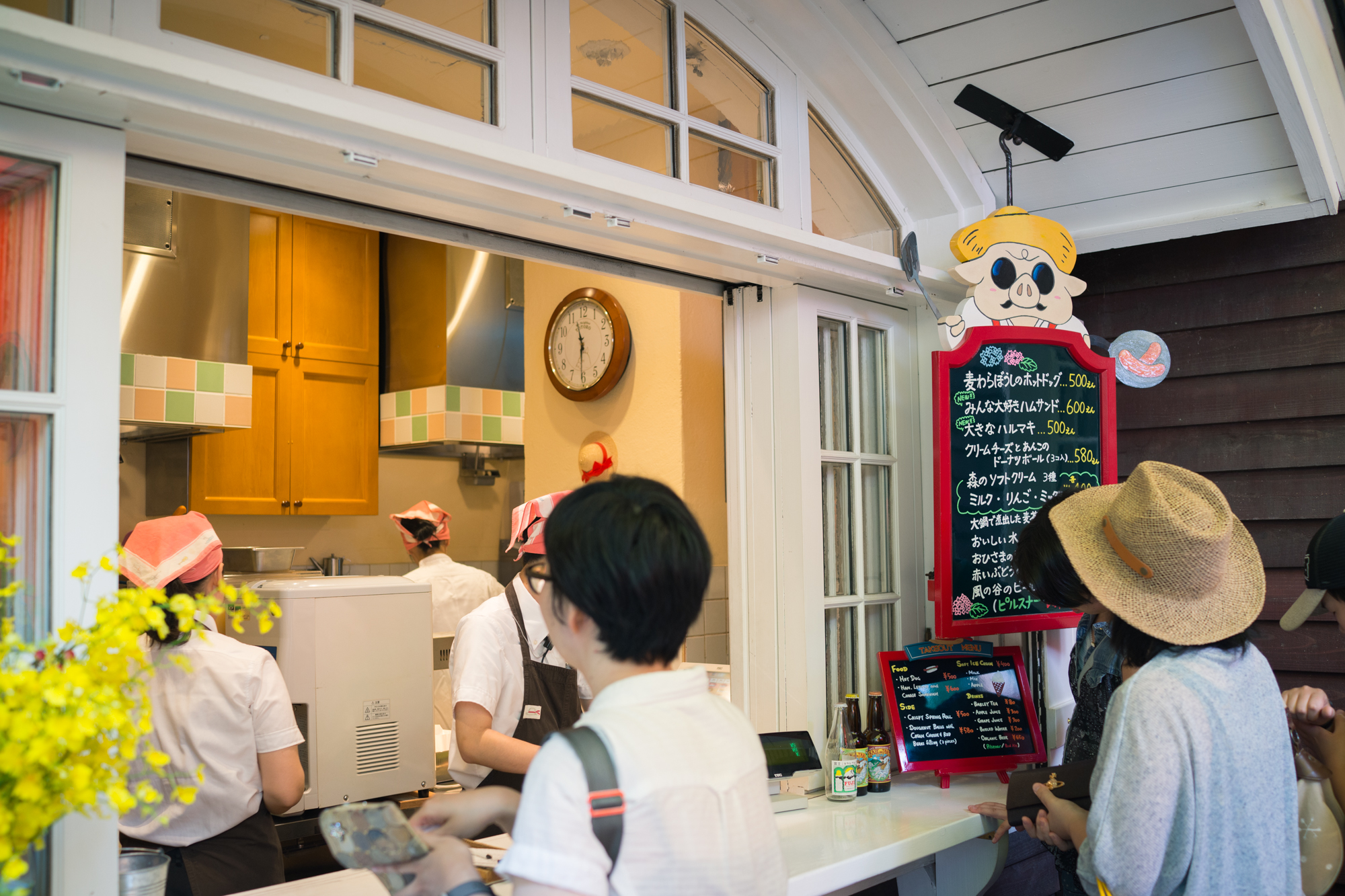 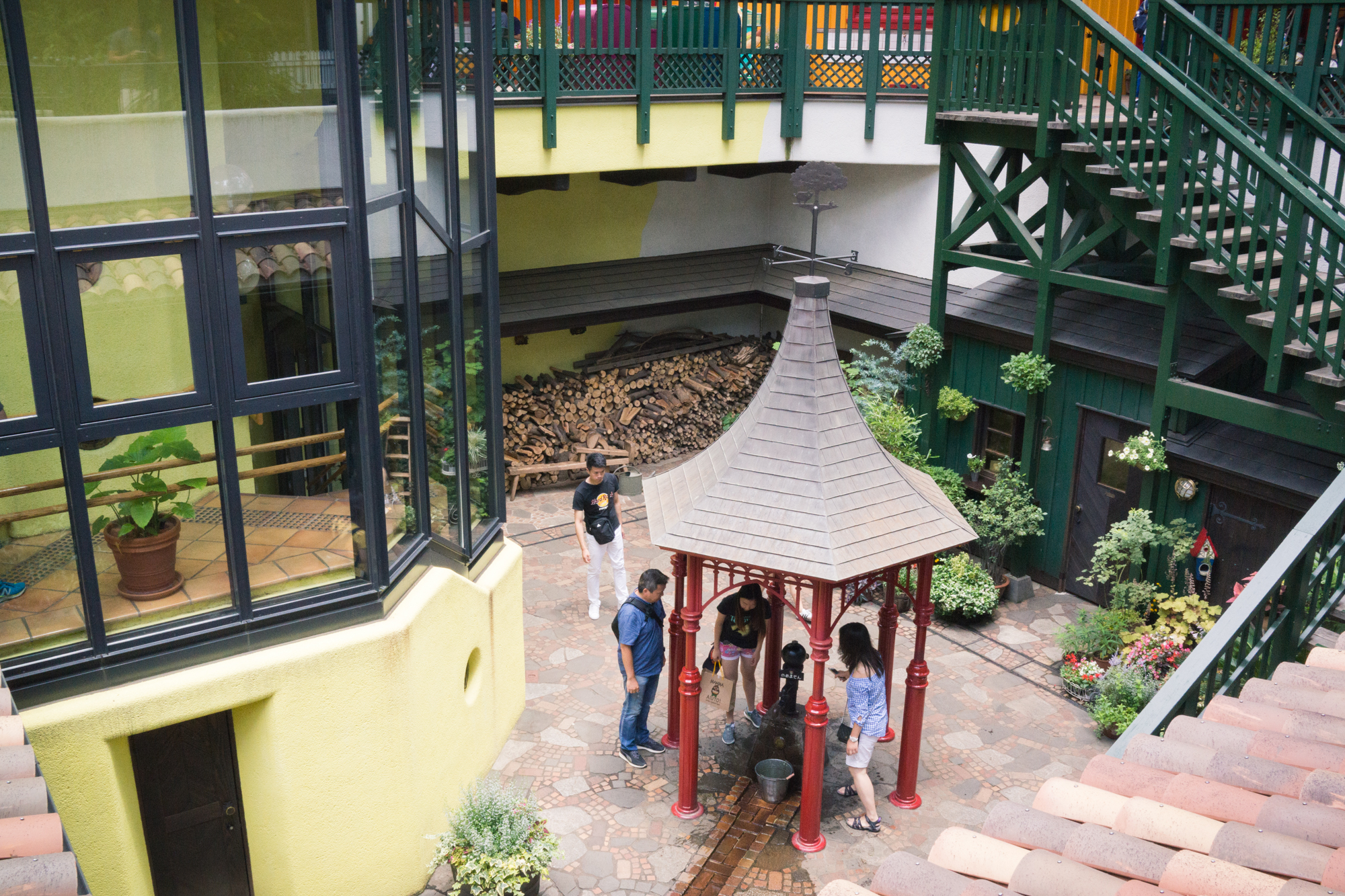 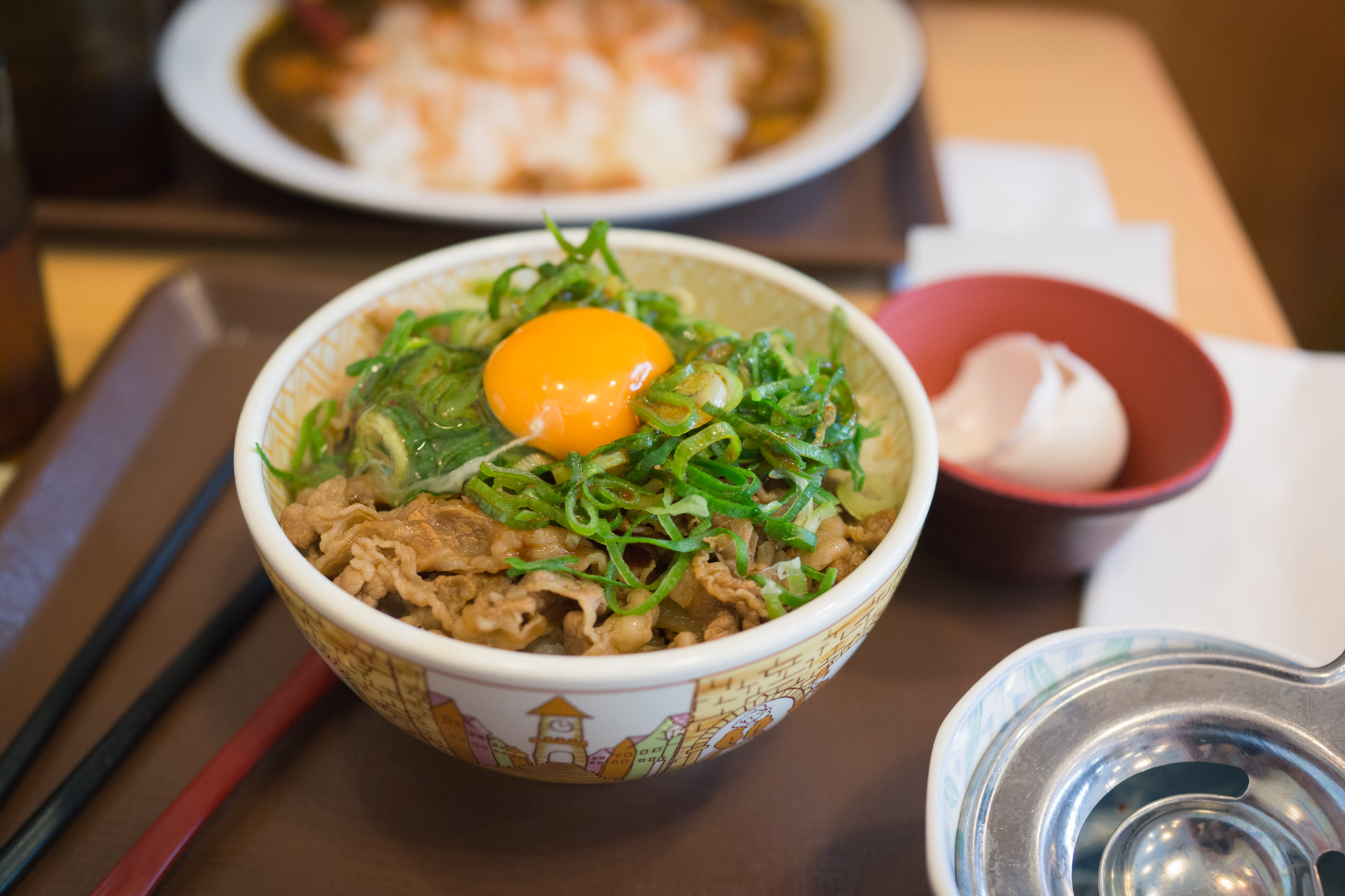 The museum does not sell tickets on site.

Foreigners will have the best chance at tickets through JTB. Figure out which month you want to go and go to their website (I think you can try calling as well) on the 1st of the month three months prior (i.e., we bought our early July tickets on the 1st of April). The online order form is actually not for direct purchasing, but for requesting your top 3 dates. Do this at midnight (PST) to be safe. You’ll wake up the next morning to find that they’ve posted the new calendar for that month on their homepage and that every single day is sold out. Don’t let this scare you, JTB is actually working on the flood of requests they received and will get back to you within the week. You can call them to make sure, they’re very polite over the phone. I received my reservation via email exactly one week after sending the request. The tickets will be at a markup—$15 instead of $10—but still a steal for what you’re getting in return.

If you miss out on JTB tickets, you also have the option of purchasing from the Lawson convenience stores within Japan. The only caveat of this is that you have to do it in person. The tickets go on sale one month prior, so if you’re in the country for a while, this option might work for you. Or, try bribing your Japanese friend if you have one.

1. It’s 100% worth it, whether you’re a fan or not. If you get a chance to go, take it.
2. No photography allowed. There are several staff members supervising each room, so it’s not easy to get around this, either.
3. The Edo-Tokyo Open-Air Architectural Museum, the sister to the Edo-Tokyo Museum, features buildings that Miyazaki himself drew inspiration from. It’s located in the same direction as the Ghibli Museum, I suggest visiting it on the same day if it’s something that interests you.
4. If you don’t want to walk, there’s also a shuttle that will take you from the station for a fee. It’s bright yellow with animal illustrations all over it, you can’t miss it.
5. If you want to eat at the Straw Hat Café, I suggest going right as it opens (at 11 am), otherwise you’ll be waiting for a while.

If you have any questions about getting tickets or the experience in general, feel free to drop a comment below! And don’t forget to subscribe to receive weekly updates.