In no place are you more likely to hear the travel cliché of “old meets new” than in Tokyo, a city where timeworn shrines neighbor shopping complexes on every street. But how did a place like this come to exist? Joel and I recently took a trip to the Edo-Tokyo Museum to investigate.

You Mean That Spaceship Looking Thing?

Edo-Tokyo is a historical museum located behind the Kokugikan sumo stadium in the eastern part of the city. You’ll instantly recognize it because it’s modeled after an old kurazukuri style storehouse—in other words, it looks like a massive UFO. I didn’t have many expectations coming in, but it ended up being one of the most interesting museums I’ve ever been to. This place is unreal. 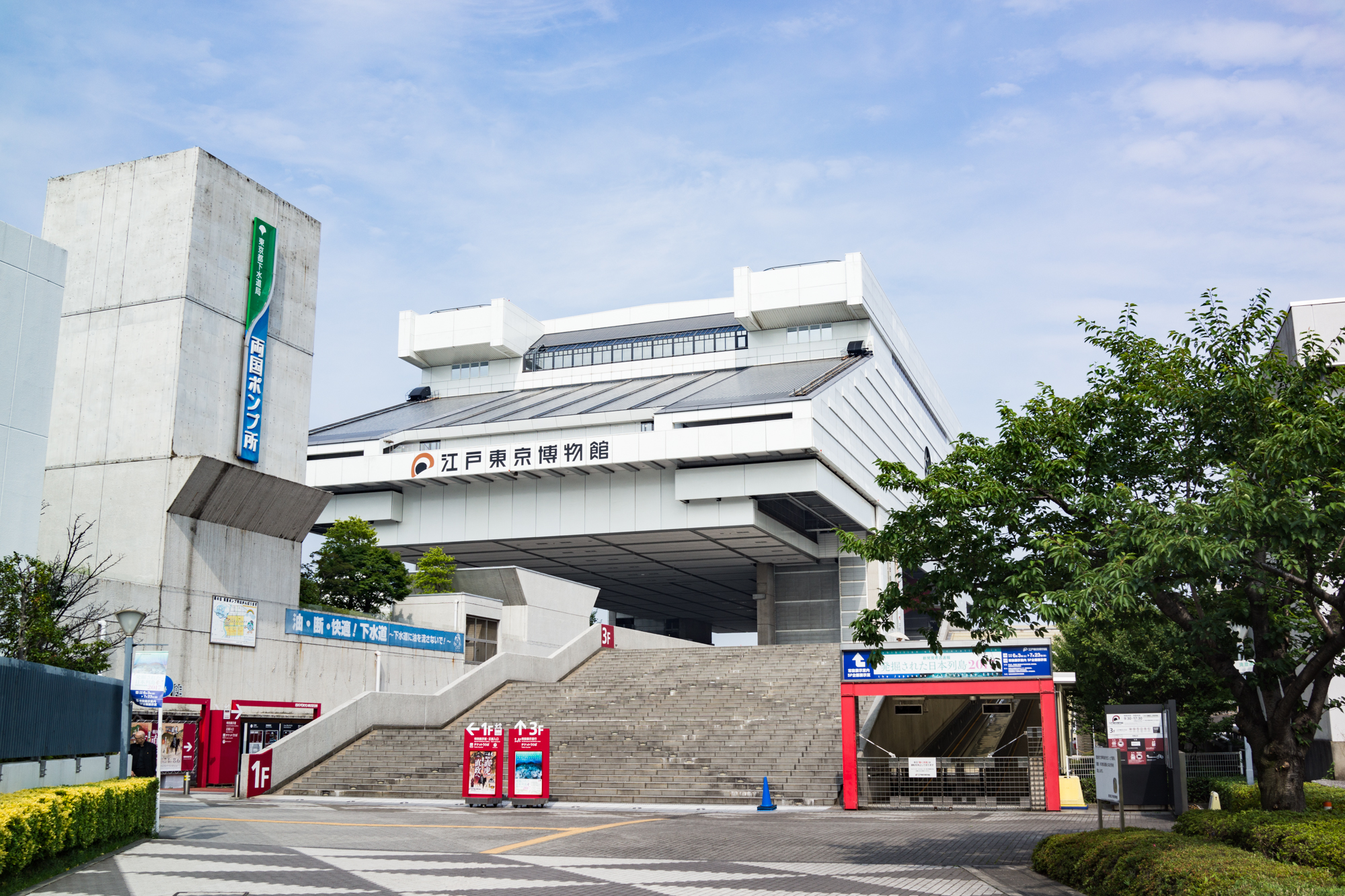 The permanent exhibition hall is split into two zones: Edo and Tokyo. The Edo section (stretching from the 1600s to mid-1800s) is essentially a collection of mini replicas (think dioramas on steroids) and life-size reconstructions to demonstrate what feudal Japan may have looked like. The Tokyo partition involves displays and exhibits of how the city came to be in its modern day, and spread throughout the building are a variety of interactive displays, photo ops, and historical objects.

A Walk Through Time

We started off crossing a life-size replica of Nihonbashi bridge, which was first built back in 1603 and can still be found in Tokyo’s Chuo ward today. At the end of the bridge was a scaled down model of the chōnin (townspeople) frozen in motion while navigating their living quarters. It’s truly an incredible work of craftsmanship: hundreds of figures carrying rice buckets, riding miniature horses, leading drum circles, and just about every activity you could think of. It reminded me a bit of Frank Underwood’s obsession with building civil war reenactments. 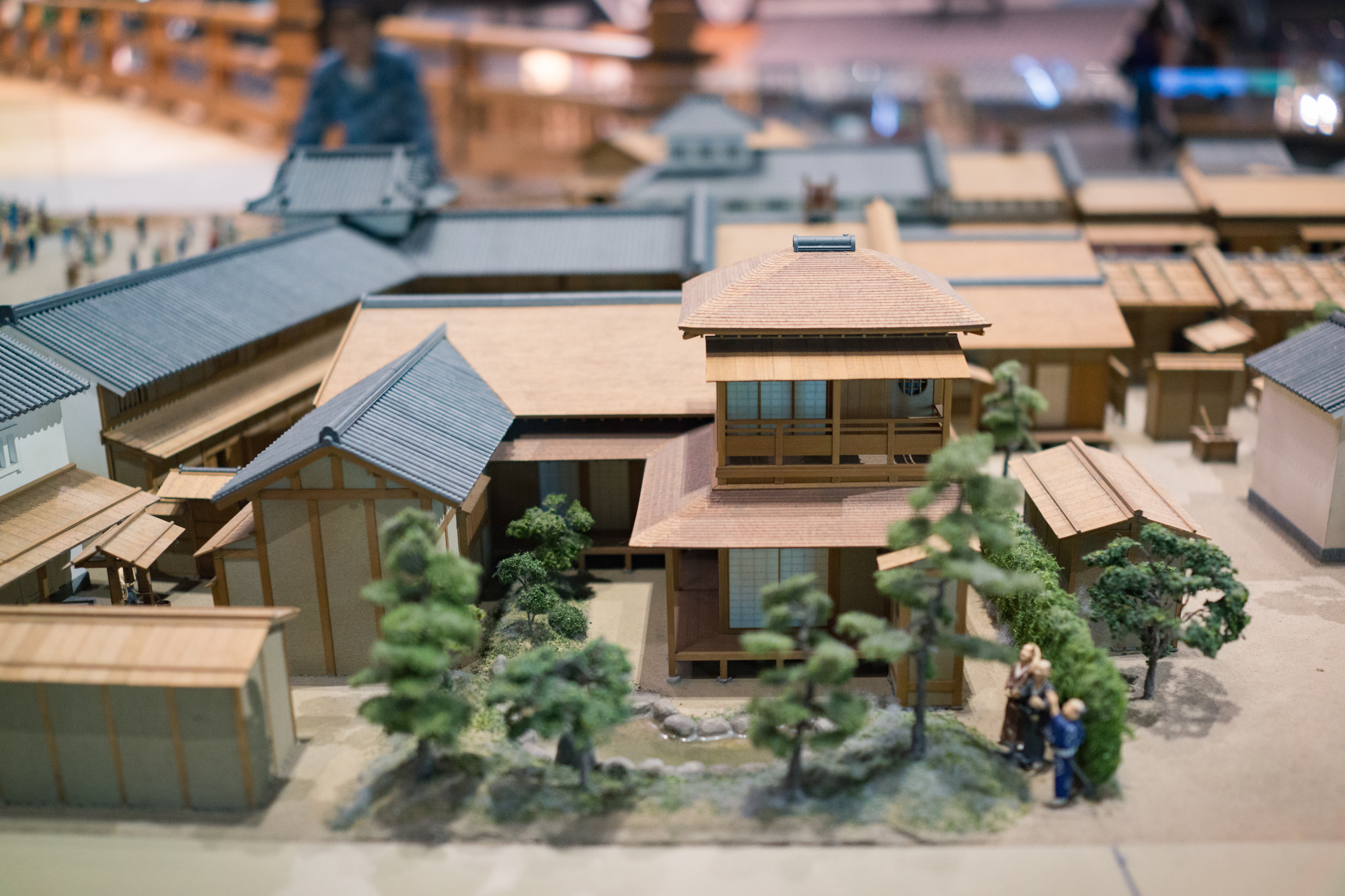 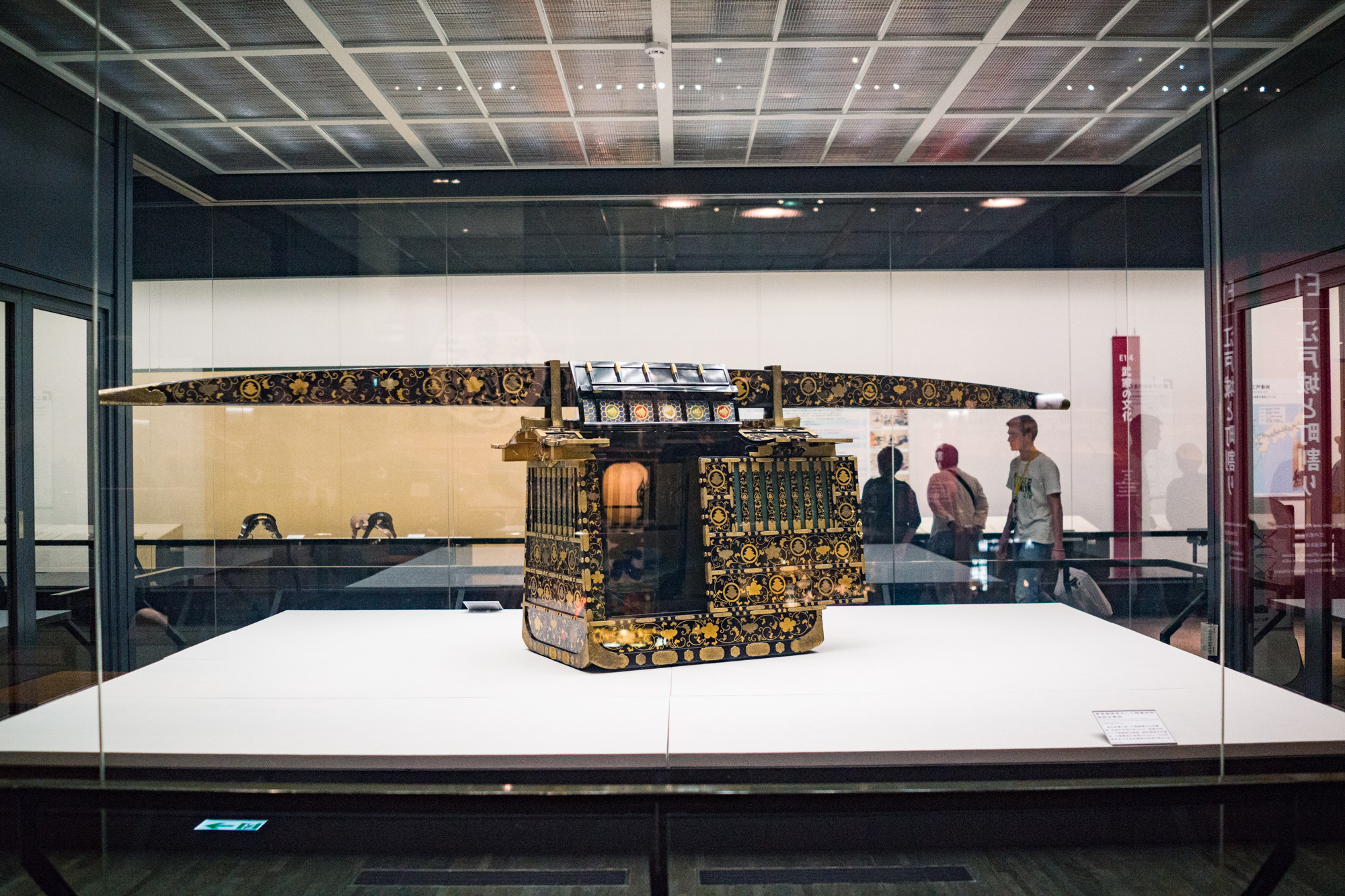 From there we started to see how Japanese people lived their day-to-day lives. Life-size replicas of homes, schools, and shops spanned the floor, and some of the displays you could literally walk into (shoes off first, of course). They also included detailed exhibits of commercial interactions and important historical accounts on the state of the economy, like the fact that sushi was about three times the size of today’s. 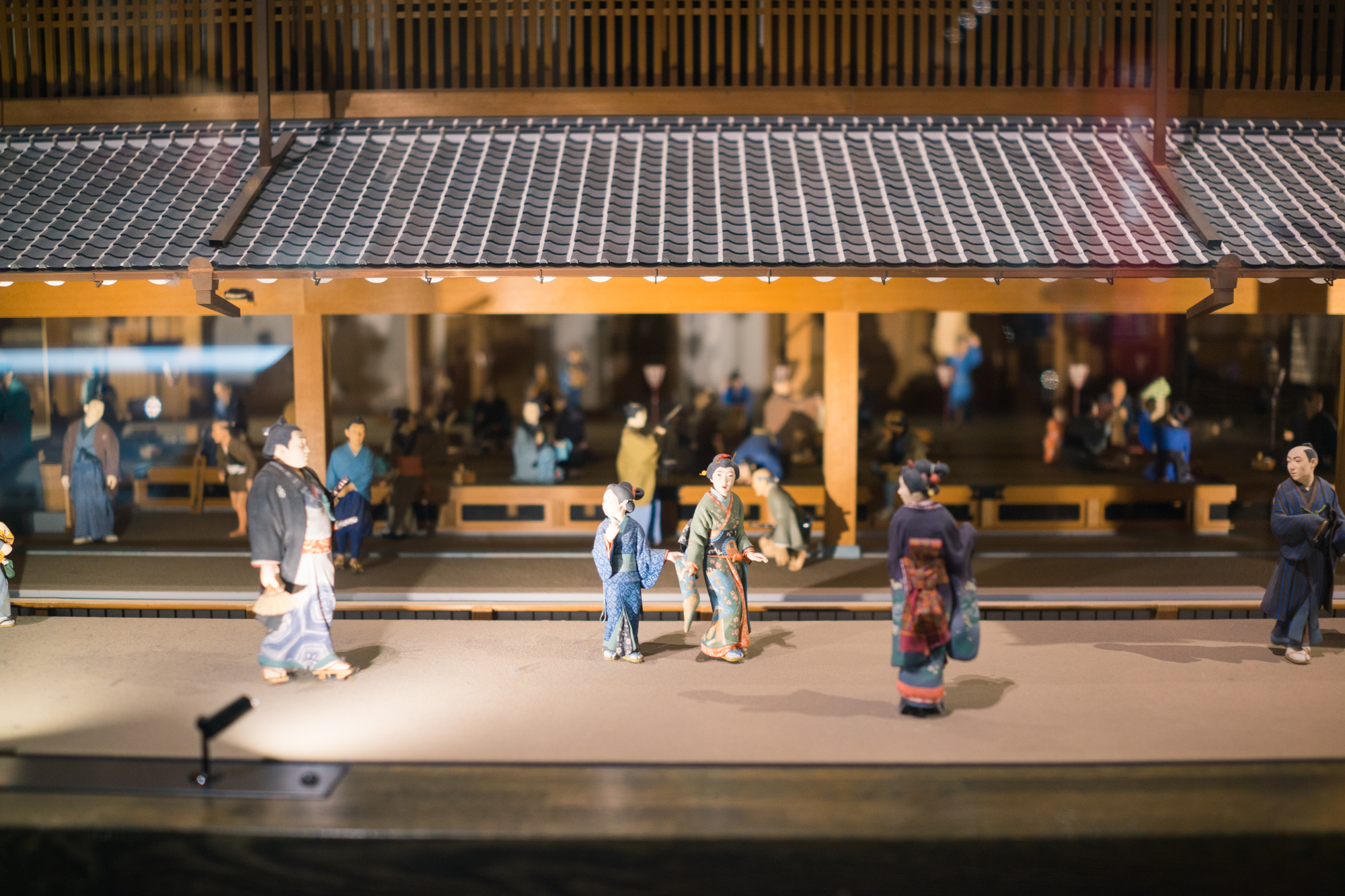 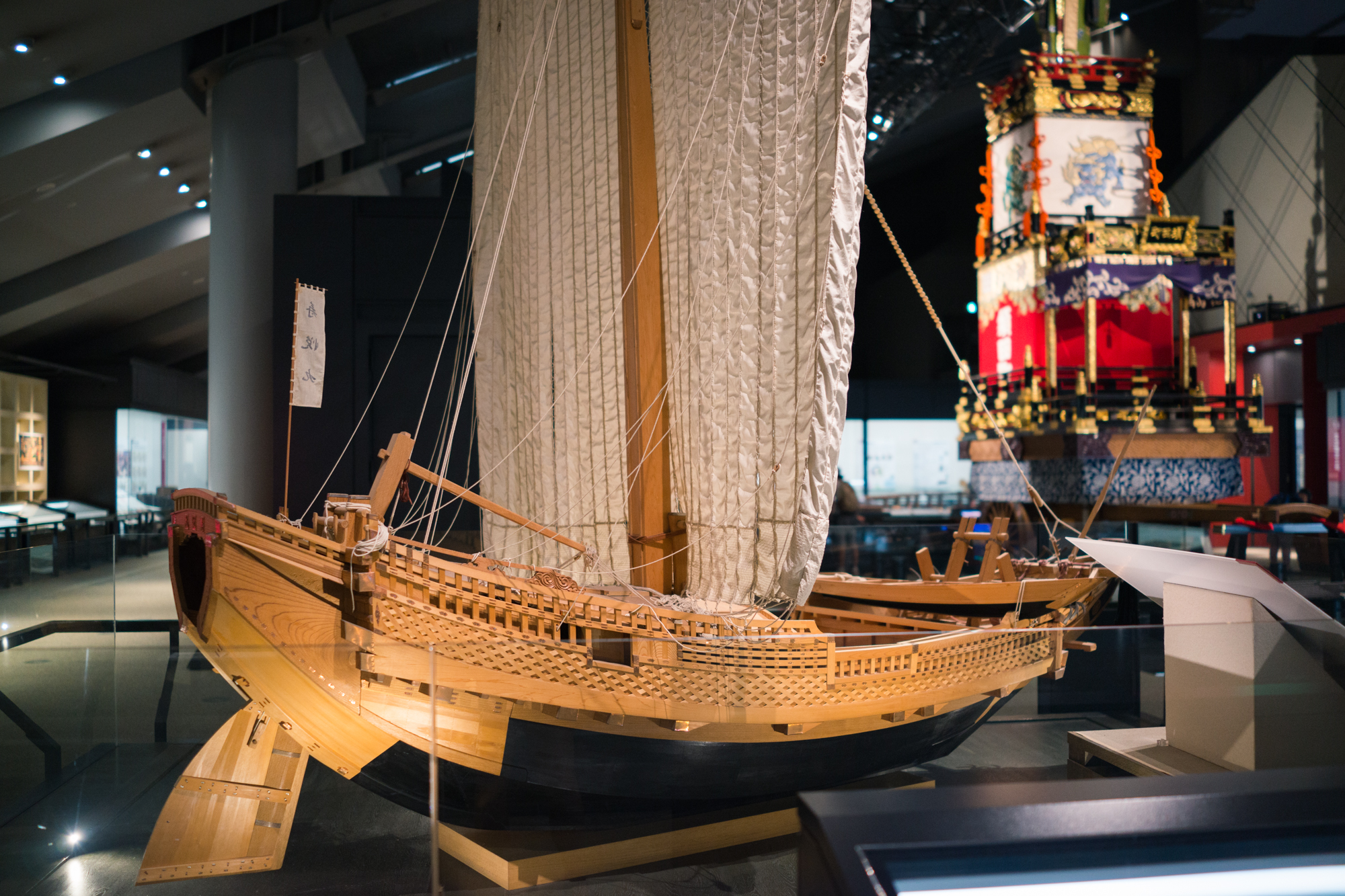 “Entertainment” (loosely termed), from festivals to religious pilgrimages, had their own sections. The area covered everything from tiny models of the original Kanda Myojin procession to a nearly life-size version of the Nakamura-za Theater. There were also areas for things like early printmaking, fabric design, and general cultural exchange with other countries. 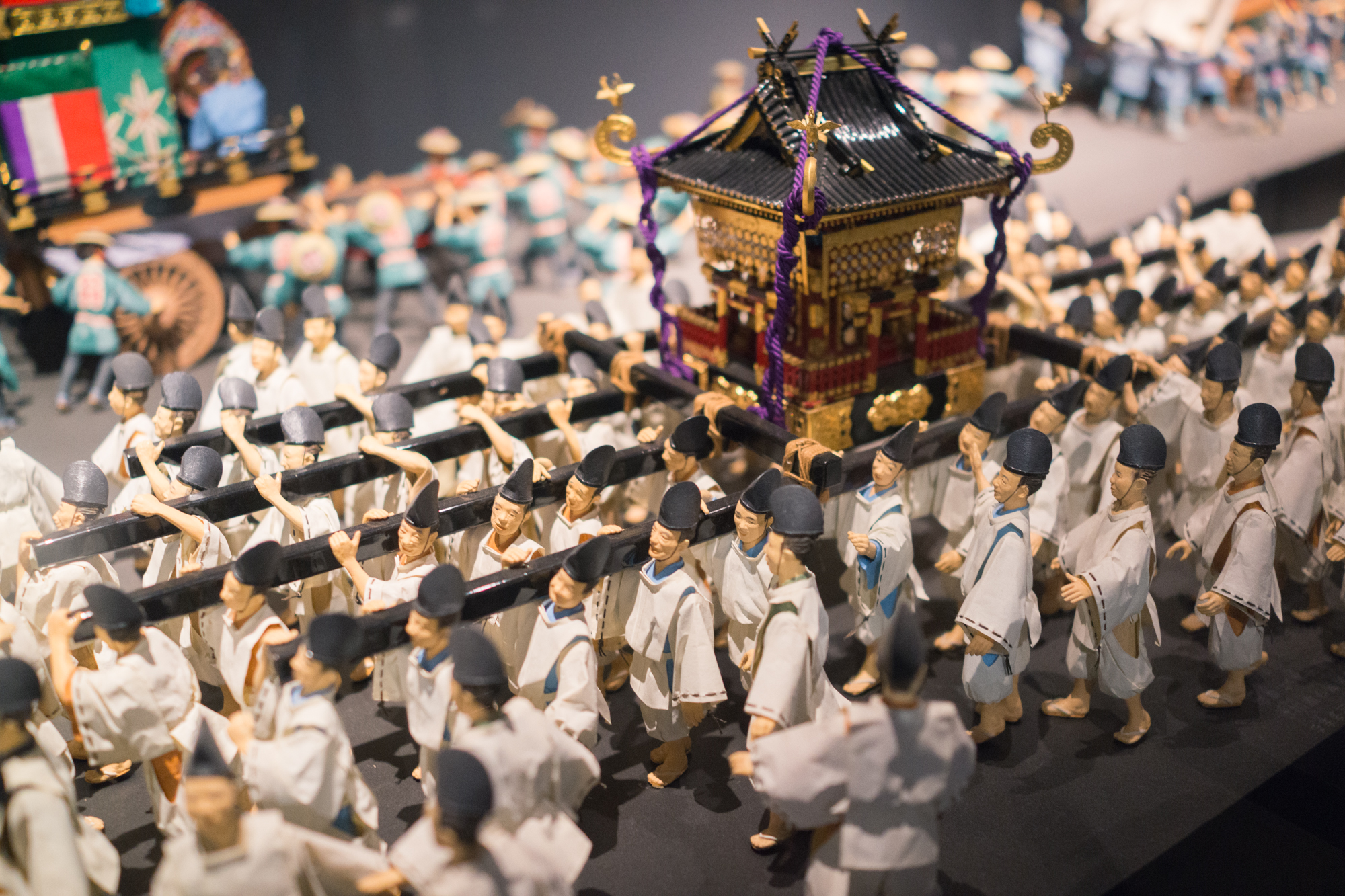 The feudal exhibitions soon evolved as we entered the “Tokyo Zone”, which marked the transformation from Edo into the Meiji Period onward. 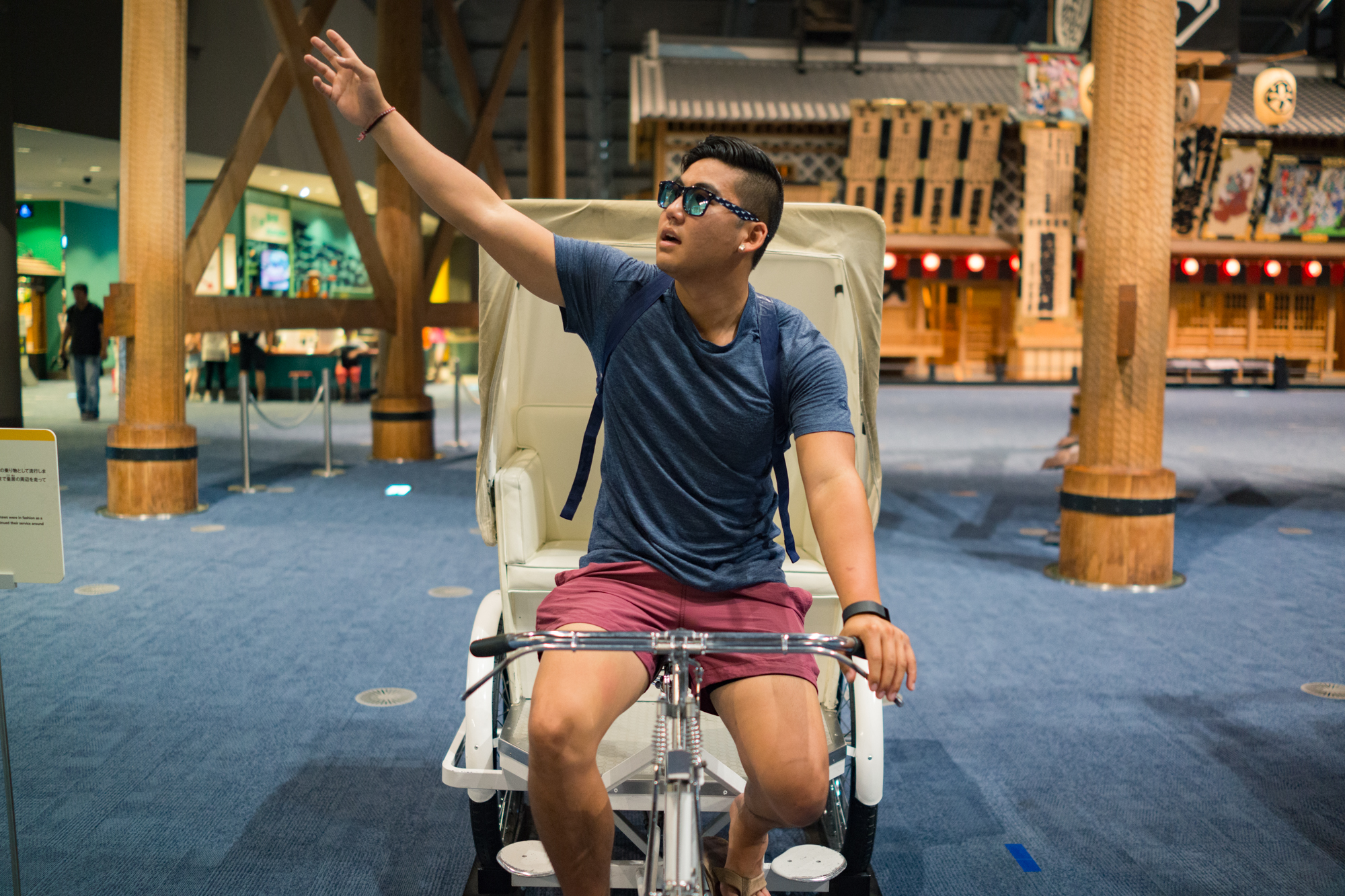 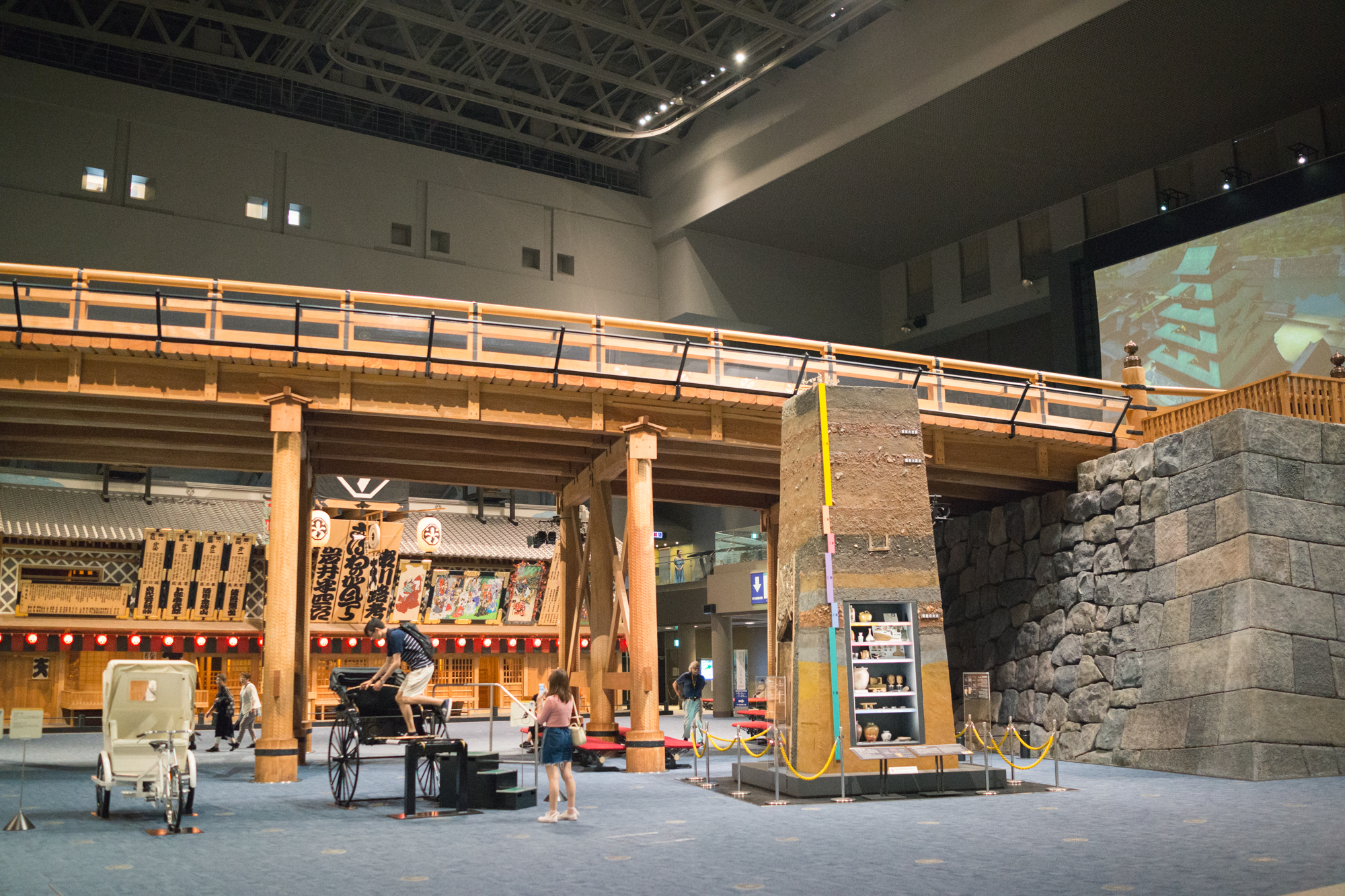 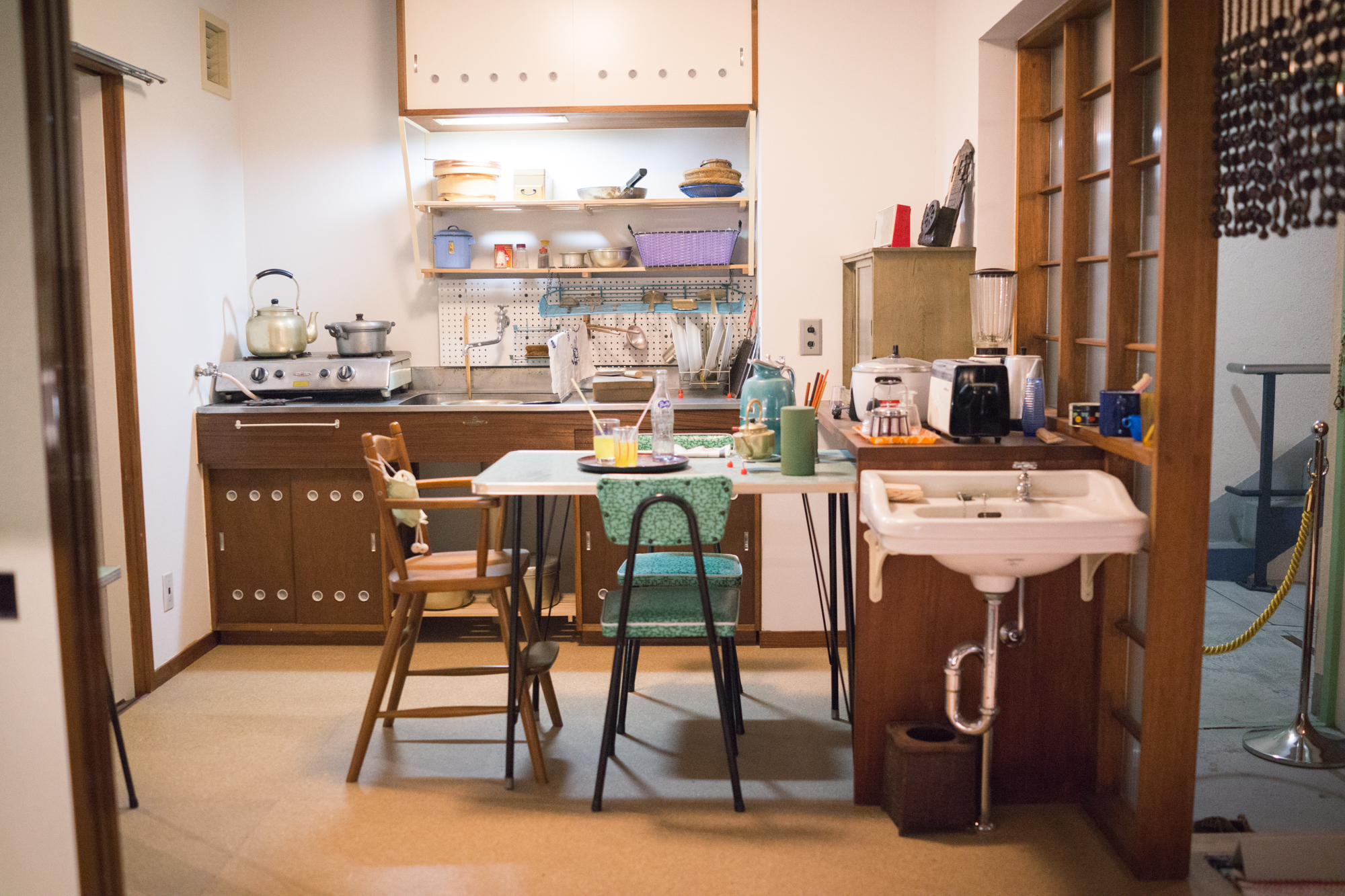 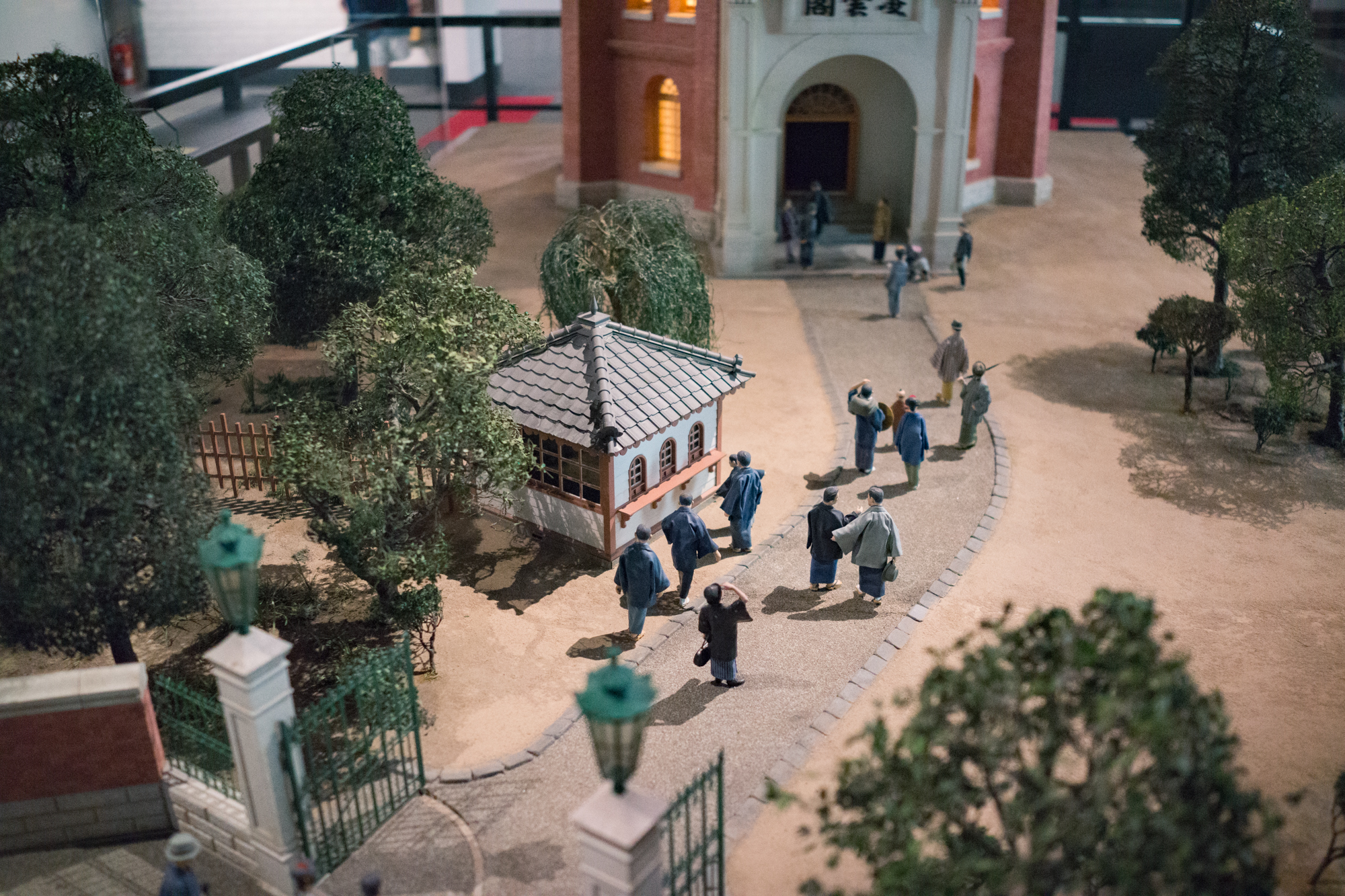 We moved through milestones and events like the invention of cars, The Great Kanto Earthquake, black markets, and even WWII bombings. One of my favorite parts of the Tokyo Zone was a side-by-side display case of Tokyo culture through the decades. Beginning in the 60s and ending in the 00s, each box contained common fashion trends, typical school lunches, and technology from its respective era. Nothing like seeing your old iPod displayed like an ancient artifact to make you really feel old.

Throughout the museum, we stumbled across various sketchbooks and artworks that served as references for all of the recreation work. Photography wasn’t around back then, so everything was based on traditional screens and illustrations. It’s actually pretty mind-blowing to think about how much detail they captured from historical records alone.
The museum has a vast collection of interactive exhibits as well. You can sit in a palanquin (those decorative carriage things you see guys carrying women in in movies), wave around matoi (a traditional fire flag used by firemen), or watch a demonstration of traditional special effect techniques used in Kabuki theater.
(Genius business idea: You know how people usually LARP as medieval Europeans? How cool would it be to host an Edo Period role play? Do those already exist (if so, please do share)? But seriously, someone take this idea and run with it, you don’t even have to credit me. 😉)
We rushed through everything in 2 hours (we were hungry, what else is new), but you could easily kill an entire day here.
The best part of the museum is that it doesn’t rely on obscure knowledge or previous experience to piece together an interesting narrative. Everything is completely laid out for you from start to finish, like a personal tour guide leading you from one moment in Japanese history to another. You don’t have to be a museum buff to appreciate what this place has to offer.

1. The signs are all in English. Heck yes.
2. You can reserve a free tour (also available in English) in advance.
3. Free audio guides are included in the ticket price.
4. There are also special paid exhibits for the extra curious.
5. If you have the time, consider including the Edo-Tokyo Open Air Architectural Museum (ETM’s sister). It’s a bit out of the way, but in the same direction as the Ghibli Museum, so try fitting it into the same day if you were lucky enough to cop tickets. Miyazaki drew inspiration from some of the buildings here, so it’s actually quite fitting. I really wanted to go but we were too lazy couldn’t fit it into our itinerary.