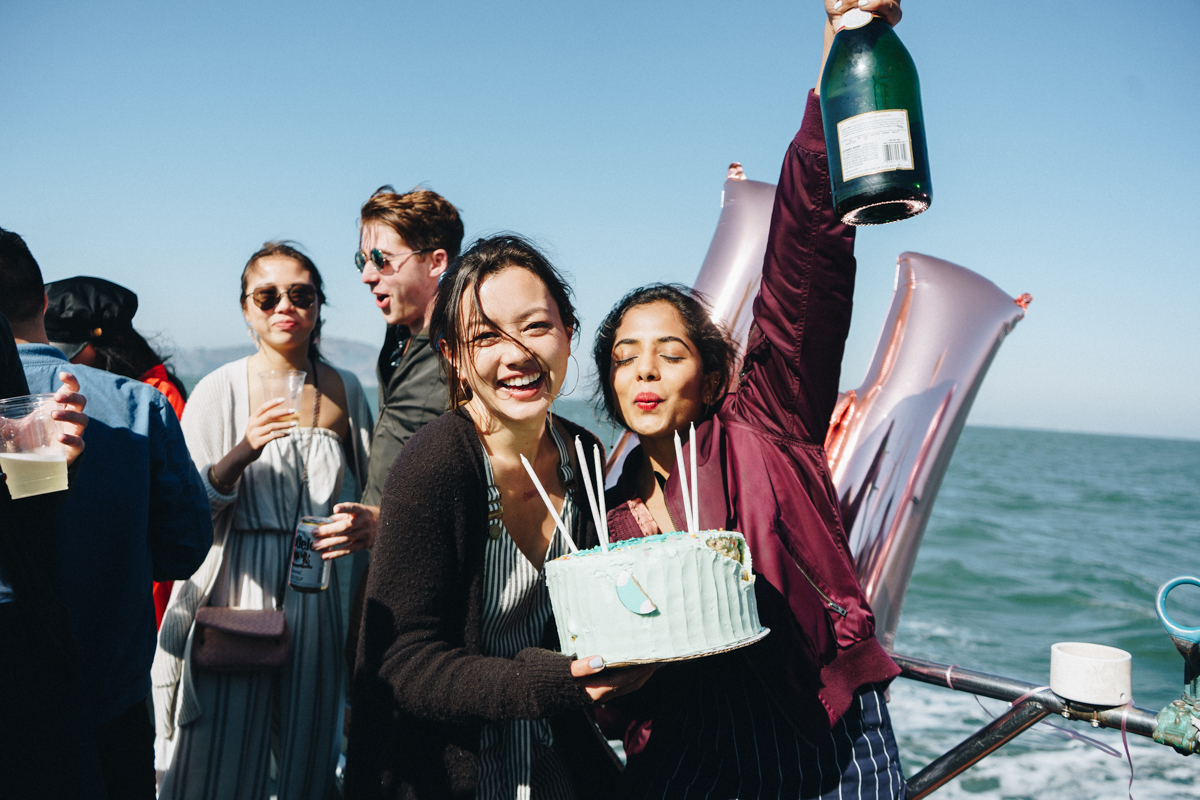 I tend to take a lot of photos, and 2018 was no exception. Yet 99% of those images never see the light of day because 1.) no one wants to sift through 1,345 pictures of what I ate and 2.) I’m just not game enough to sort them all into blog posts.

As an ode to my frighteningly large Lightroom collection, I’ve rounded up a handful of my favorite images from the last year. Some you may have seen already, but many are just ones I wanted to share and never got a chance to.

We spent the first week of the new year in Salzburg, a small town in Austria that served as the backdrop to The Sound of Music (one of my favorite movies of all time). From there, we took a day trip to a tiny village that’s since become quite famous due to the likes of social media—Hallstatt. If you have a thing for charming village vibes, swan-infested lakes, and larger-than-life mountain ranges (and really, who doesn’t), I highly suggest making the trek over here should you ever find yourself in this part of the

This doesn’t really need any explanation (because just LOOK AT THAT SUNSET), but for the sake of thoroughness, I’ll give a little context.

I had never been much of an Italy fanatic, and so when we docked in Ancona’s port one early morning after an overnight ferry from Croatia, my expectations were low.

With few sightseeing opportunities in this town, we mostly just walked around and soaked up the atmosphere—and quickly fell in love. There’s just something that’s so irresistibly charming about this place. We ended up purchasing a few ingredients from our local butcher for dinner (How cute and cliché and totally perfect, amirite?), and climbed up high on this hill to watch the sunset. It was one of those evenings where everything looks completely ordinary, then minute by minute, the sky slowly opens up into a wash of fiery color, and all of a sudden you never want this day to end.

There’s something so wonderfully nerdy about examining all the shapes and lines of a composition, and appreciating how they all flow together. The tiny squares of tables and awnings, the brick flooring in various directions, the tiny people dotted around the scene. This image is special to me because of the wonderful time we had in Bologna—but I also like the sense of awe that the unique vantage point offers.

Left: On the streets of Venice, with my favorite person. 🙂

Right: On the Champ de Mars, also with my favorite person, in the same exact outfit as the image on the left because 1.) we had a grand total of 4 outfits to choose from for our entire trip and 2.) when it’s 20 degrees out you kind of stop caring about fashion and start worrying more about whether your €2 wine is starting to develop ice crystals.

Joel and I explored the Alsace region of France sometime in early February. It was the definition of low-season—a string of ghost towns with eery and chilly weather, the kind that reminds you of a heavy and slow Sunday spent indoors. We walked the vineyards between Colmar and Riquewihr, both deserted, wrapped snug in our coats and boots. It wasn’t a prime French countryside experience, and yet there’s a distinct mood captured in this picture that I love.

A group of us hanging out by the water in Lisbon. We traveled through Portugal and Spain together for 3 weeks, and it was legendary.

I’m not an astrophotographer by any means, but I’m happy with how this turned out. We were spending a few nights in Merzouga (the Moroccan entry point to the Sahara desert) and the stars were so dazzling, I felt drawn to capturing them on camera.

Another one from our Sahara excursion. Morocco is a special place, with so many fascinating dishes to try, people to meet, and bazaars to wander through, but Merzouga might be the most beautiful part.

Rio’s coastline is something else. I’ve ooh and ahh’ed over a lot of views in my lifetime, but this city is absolutely mesmerizing. It’s a sprawling metropolis built over hilltops with green jungle spilling out from between the buildings—all hugged by some of the world’s most beautiful beaches.

Iguazu Falls. This place is about as close to an image of heaven as one can experience in a lifetime.

My biggest “I can’t even” moment of South America happened on the same day that I finally reached Machu Picchu.

I came home after, excited to riffle through five days worth of trekking photos, and popped my little SD card into my laptop. Everything was corrupted, except for a handful of the hundreds of photos I had taken (none of the 600 video clips I had recorded would even open).

This image was one of the few that remained. And what a beautiful image it is.

JUST LOOK AT THIS LIL NUGGIN. That face belongs to the most charming dog I’ve ever met (really), Didi. He’s half poodle, half labrador, all adorable.

My mom adopted him sometime in April, and I finally got to meet him once I came home to the States in the summer.

This was my second time back in LA after returning home. I was spending the afternoon at a bowling alley with Orenda and started taking photos of her and her then-new boo (hi Steven) and loved how they came out. The lights from the arcade were so vibrant and moody and I just can’t stop looking.

I have a lot of favorite photos from Outside Lands, but this one might be the best. I saw this couple having the best time at Carly Rae Jepsen (shush) and started obsessing over their matching jackets. I asked if I could take a picture of them (obviously because that moment deserved to be captured forever.

You knew I had to include at least one picture of food. 😉

I waited nearly 3 hours in line at Franklin BBQ on my first trip to Austin, Texas. Honestly, it was worth it (especially those ribs).

Another day that was documented beautifully, but this picture takes the cake (bet you didn’t see that one coming, ha ha ha).

Preeti and I had joint-rented a boat for our birthdays with all of our friends and spent three hours cruising around the San Francisco Bay. There was a lot of champagne, frosting, Hot Cheetos, and angry crewmen involved.

I visited NYC again for the umpteenth time. I fall in love more and more with every trip. This was my first time to the top of the Rock, and I can understand now why everyone’s so obsessed with this view.

I plan on moving here one day, at least for a short while. Maybe 2019 will be the year?